By Anthony Esposito and Sharay Angulo

The pain is acute in the central Mexican state of Aguascalientes and its namesake capital, one of the country's top automotive centers, where the chip crunch has forced rolling shutdowns at employers large and small.

The temporary closures have translated into lost wages for tens of thousands of workers here and across Mexico due to furloughs and layoffs, according to interviews with laborers, union leaders and industry executives.

Cuitlahuac Perez is general director of Aguascalientes-based auto parts firm Maindsteel, and head of one of the state's automotive clusters, which promotes the industry. He said his firm and other Aguascalientes suppliers have been suspending operations an average of seven to eight days per month as carmakers and other parts companies further up the supply chain halt production.

Perez estimates that about one in five local automotive workers have lost their jobs, with the rest seeing big pay cuts since the chip shortages began about seven or eight months ago. By contract, many idled workers here receive half their salaries.

"We are talking about a direct impact on their families," Perez said.

Semiconductors are an indispensable component for the world's automakers, who need them for a wide variety of systems such as safety, navigation and entertainment. COVID-19 outbreaks in Asian semiconductor manufacturing hubs have slowed chip production. The fallout has rippled across the globe, with automakers unable to keep production on pace with vehicle demand.

In Mexico, multinationals affected include Nissan Motor Co. Ltd, the country's second-largest vehicle producer. The Japanese firm operates a powertrain facility and an assembly plant in Aguascalientes producing its March, Versa, Kicks and Sentra vehicles. The company has seen at least five shutdowns at its Mexican facilities this year due to chip issues, Reuters has reported.

The latest came earlier this month, the company said, with stoppages ranging from five to seven days at its Aguascalientes plants, and an eight-day closure at its CIVAC factory in Morelos state, which manufactures the Versa V-Drive sedan and two pickups: the NP300 and Frontier.

The dearth of chips has also affected an Aguascalientes assembly plant that's jointly operated between Daimler AG and Renault-Nissan. The so-called COMPAS plant, which produces the Mercedes-Benz GLB SUV, has experienced "shift reductions or production breaks," a Mercedes-Benz spokesperson said in emailed comments.

The turmoil is weighing on Mexico's economy. Car production fell by 20% to 3.04 million vehicles last year, and is forecast to drop by as much as another 5% https://www.reuters.com/world/americas/auto-output-dives-brazil-mexico-chip-shortages-bite-2021-10-06 in 2021, according to the Mexican Automotive Industry Association (AMIA). The auto industry, which employs 946,000 workers currently, has lost 16,000 auto jobs since the end of 2019, AMIA figures show.

In August, the Bank of Mexico https://www.banxico.org.mx/publicaciones-y-prensa/informes-trimestrales/recuadros/%7B11972B0F-38F8-F301-76C5-1AC6C404C0C0%7D.pdf projected that automotive work stoppages resulting from chip shortages could cost Mexico up to 1 percentage point of GDP growth in 2021. Preliminary third-quarter GDP data https://www.reuters.com/world/americas/mexican-economy-shrinks-first-time-since-pandemic-rebound-2021-10-29 showed that the economy shrank between July and September, the first quarterly fall since recovery from the pandemic began, partly due to problems in the auto sector.

The Mexican unit of China-based Minth Group, whose Aguascalientes plant supplies parts to automakers throughout North America, is among the firms trimming workers' hours and cutting jobs. The company has laid off about 20% of its workforce this year, according to Manuel Ando, director of administration and infrastructure for Minth Mexico. That comes on top of previous cuts, with staffing now standing at 1,300, down from around 2,700 prior to the pandemic, he said.

Ando said the situation was caused by a myriad of factors, including tight chip supplies, hiccups in the global logistics chain and a slowdown of production by its U.S. customers, many of whom are grappling with worker shortages.

"Since they are halted, well, we have to stop too," Ando said.

Dalila Gomez, who inspects parts for Minth in Aguascalientes, counts herself lucky still to have a job. But reduced hours have her tightening her belt. Gomez said when production is halted she receives just 50% of her average weekly paycheck of around $60. The mother of three said she has trimmed a host of household expenses, including soft drinks at lunch and home internet service.

"It's sad because there are many people, including myself, with families - some of them single moms – who have to support their families, pay rent," Gomez said. "This has affected everyone, everyone."

'THE WORST IS YET TO COME'

Automotive powerhouse Germany https://www.reuters.com/world/europe/germanys-next-government-faces-three-big-economic-challenges-2021-10-05 is struggling to ramp up output and the situation is hampering its economic recovery. Carmakers in Japan https://www.reuters.com/business/autos-transportation/honda-posts-fall-q2-operating-profit-2021-11-05 have been forced to cut production.

A bipartisan group of U.S. governors recently warned that https://www.reuters.com/world/us/nine-governors-press-us-lawmakers-pass-semiconductor-funding-bill-2021-11-10, due to the chip shortage, automakers in North America lost an estimated 2.2 million vehicles in 2021 and 575,000 industry jobs have been impacted.

The semiconductor squeeze is likely to continue at least through the first half of 2022, according to a recent forecast by Ratings agency Fitch https://www.reuters.com/article/mexico-fitch-idUSL1N2S821Z.

Some industry players see tentative signs that the situation is stabilizing.

Detroit-based General Motors Co, the largest automaker in Mexico, told Reuters this month it's seeing a better flow of semiconductors https://www.reuters.com/business/autos-transportation/gm-says-seeing-better-flow-semiconductors-2021-11-10. It said the first week of November was the first time since February that none of its North American assembly plants had been idled for want of chips.

Taiwan Semiconductor Manufacturing Co https://www.reuters.com/technology/sony-invest-500-mln-tsmcs-new-chip-unit-japan-2021-11-09 , the world's largest contract chipmaker, said this month it would build a $7-billion semiconductor plant in Japan with Sony Group to help ease the shortage, which has also hit manufacturers of smartphones, laptops and consumer appliances.

But that has done little to ease concerns in Aguascalientes, where autos are a pillar of the economy, employing about 46,000 workers directly and 120,000 indirectly. Almost a third of the state's GDP comes from the auto sector, according to Manuel Alejandro Gonzalez, the economic development secretary for Aguascalientes.

Anibal Llamas, quality manager at parts supplier Minth, fears that "the worst is yet to come."

Some auto workers are stunned by their turn of fortune. A Nissan employee who spoke to Reuters but didn't want to give her name, said she and her husband both work in the industry. She said the short hours have ravaged their monthly income.

She said the couple has fallen behind on mortgage payments and other bills. Worry and want have replaced the security they once felt.

"Financially you feel like you're coming out of this and then they send me home again, or they send him home," she said. "The end of the week comes and we don't even have two pesos."

(Reporting by Anthony Esposito in Aguascalientes and Sharay Angulo in Mexico City; editing by Marla Dickerson) 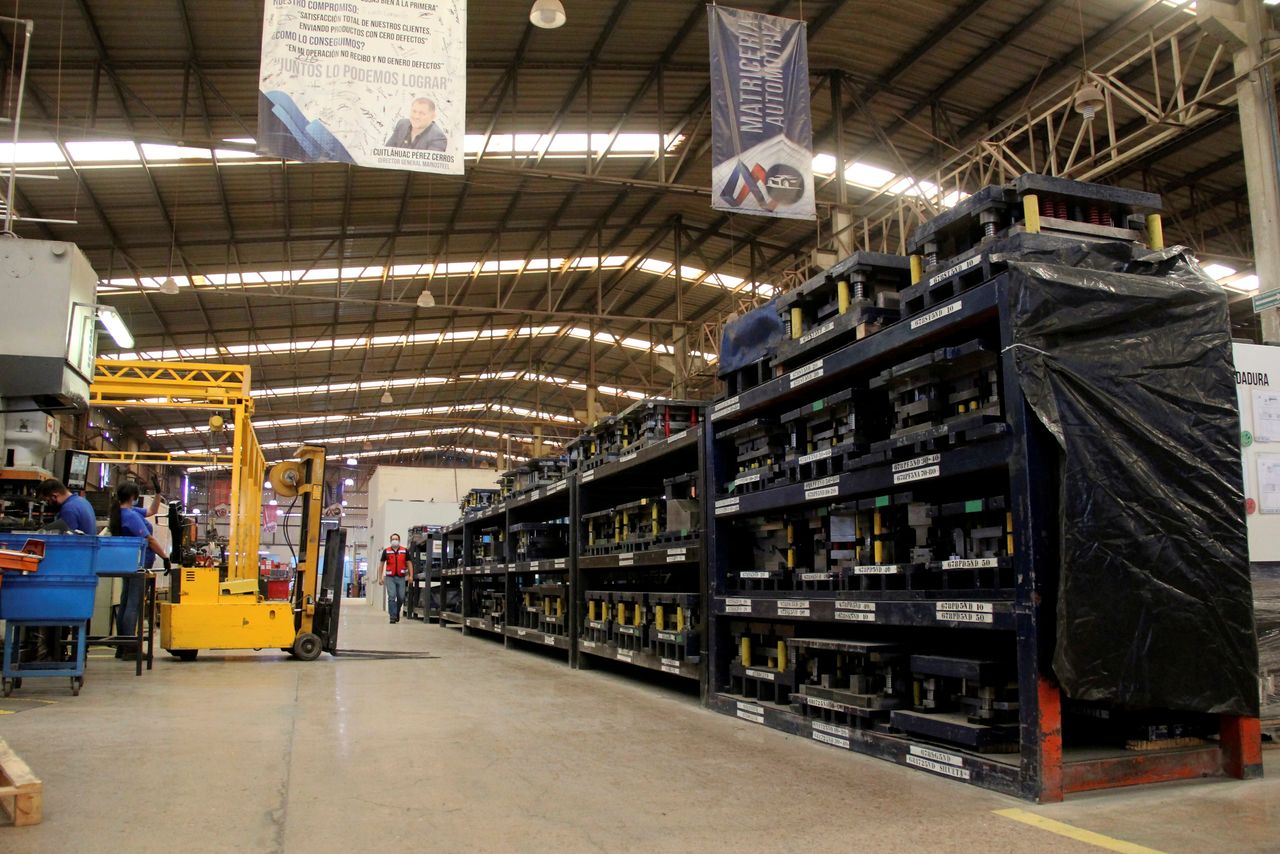 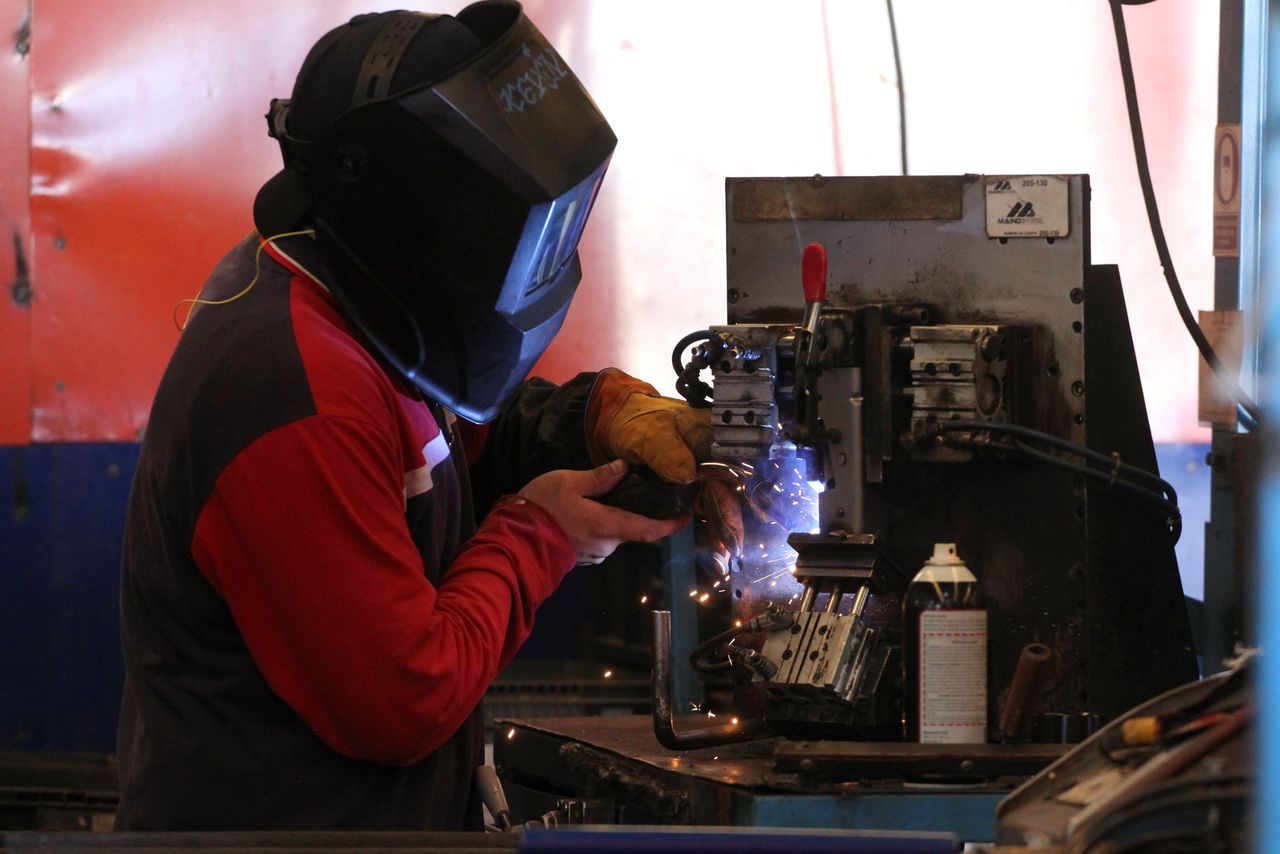 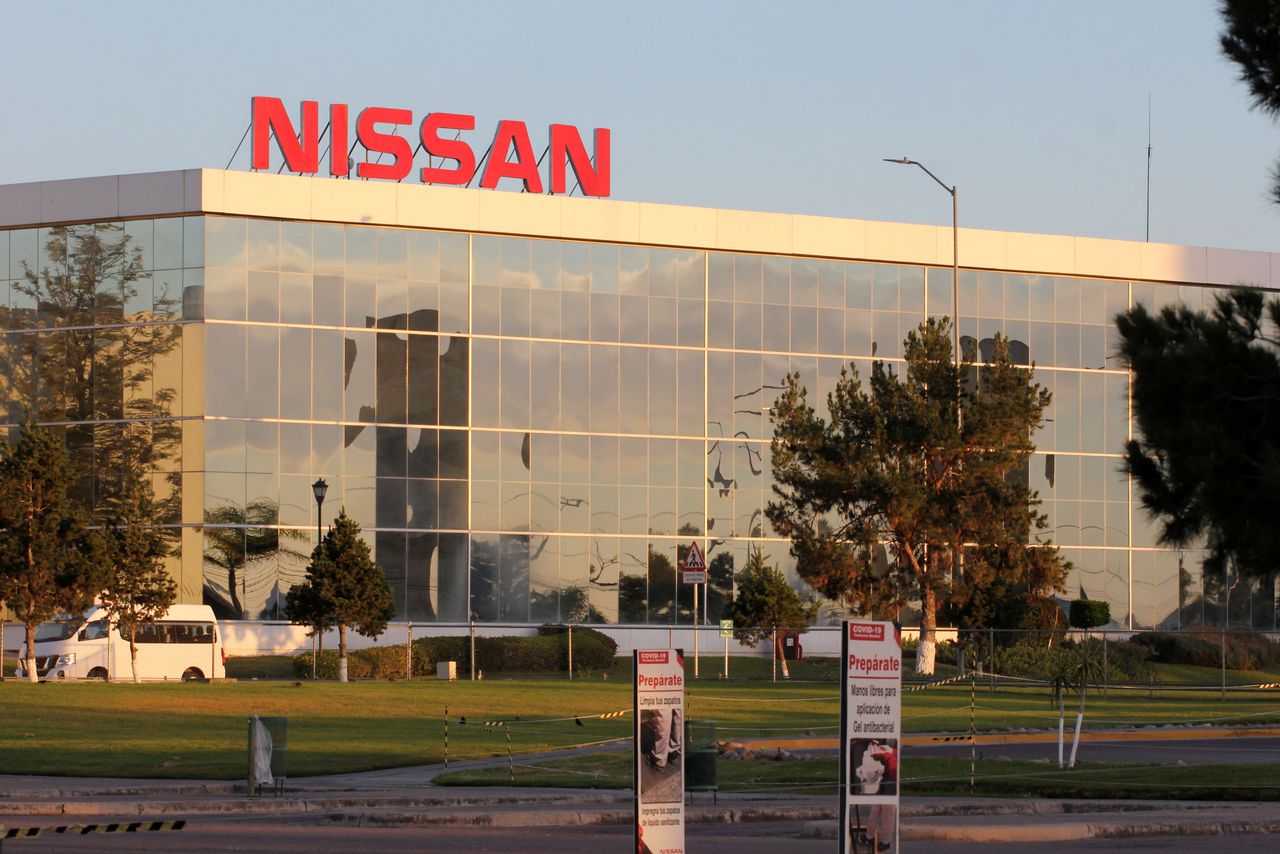 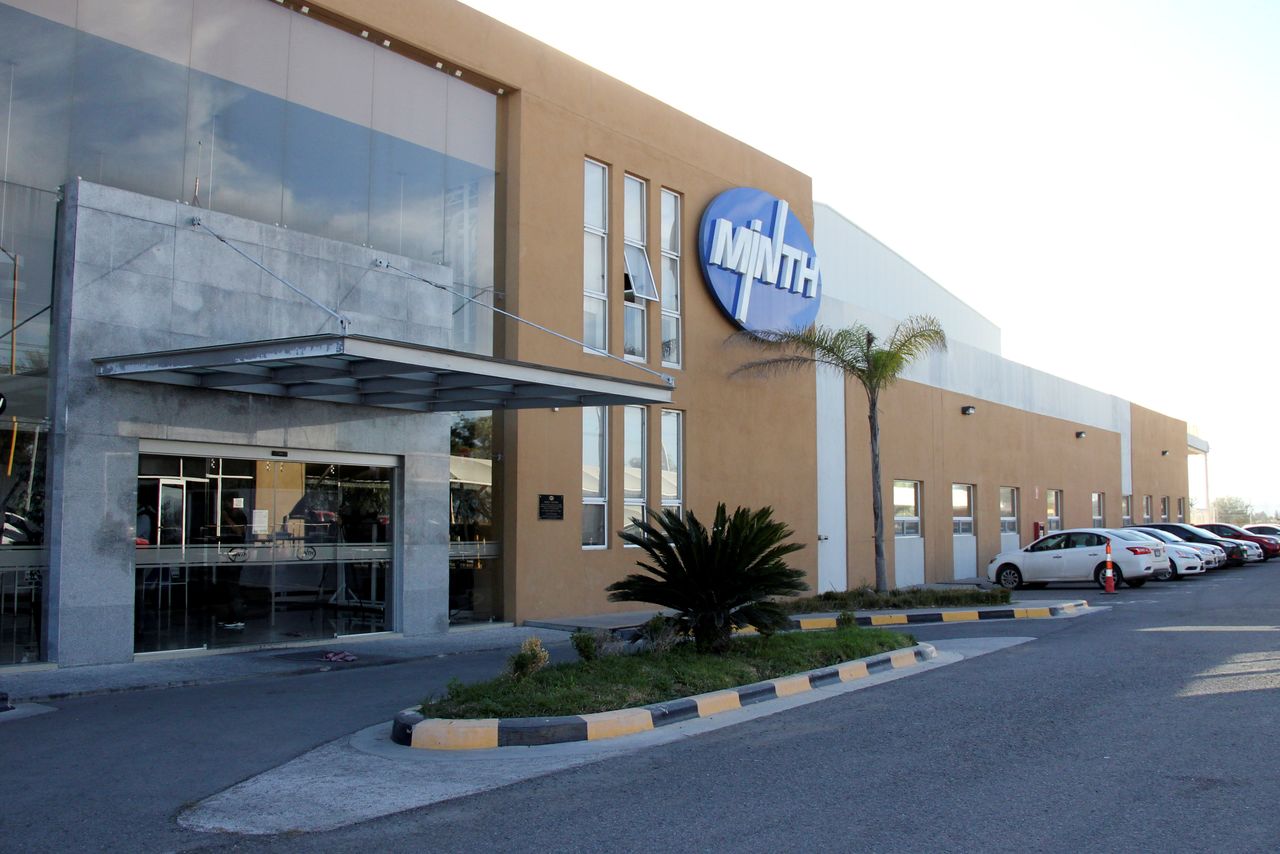 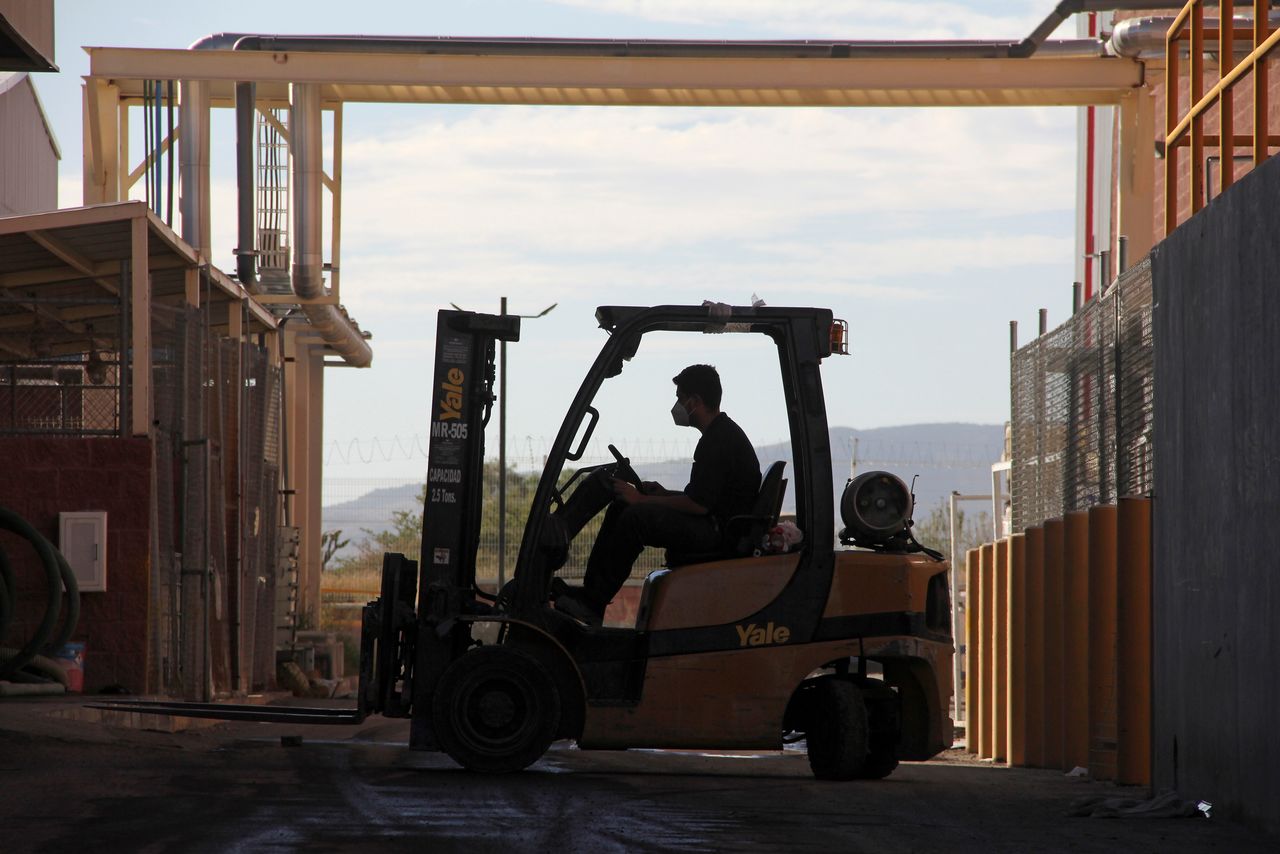 A worker operates a forklift at Minth plant, a manufacturer for the automotive industry, in Aguascalientes, Mexico November 9, 2021. REUTERS/Hugo Gomez