China non-committal on U.S. 'drop in the ocean' oil release 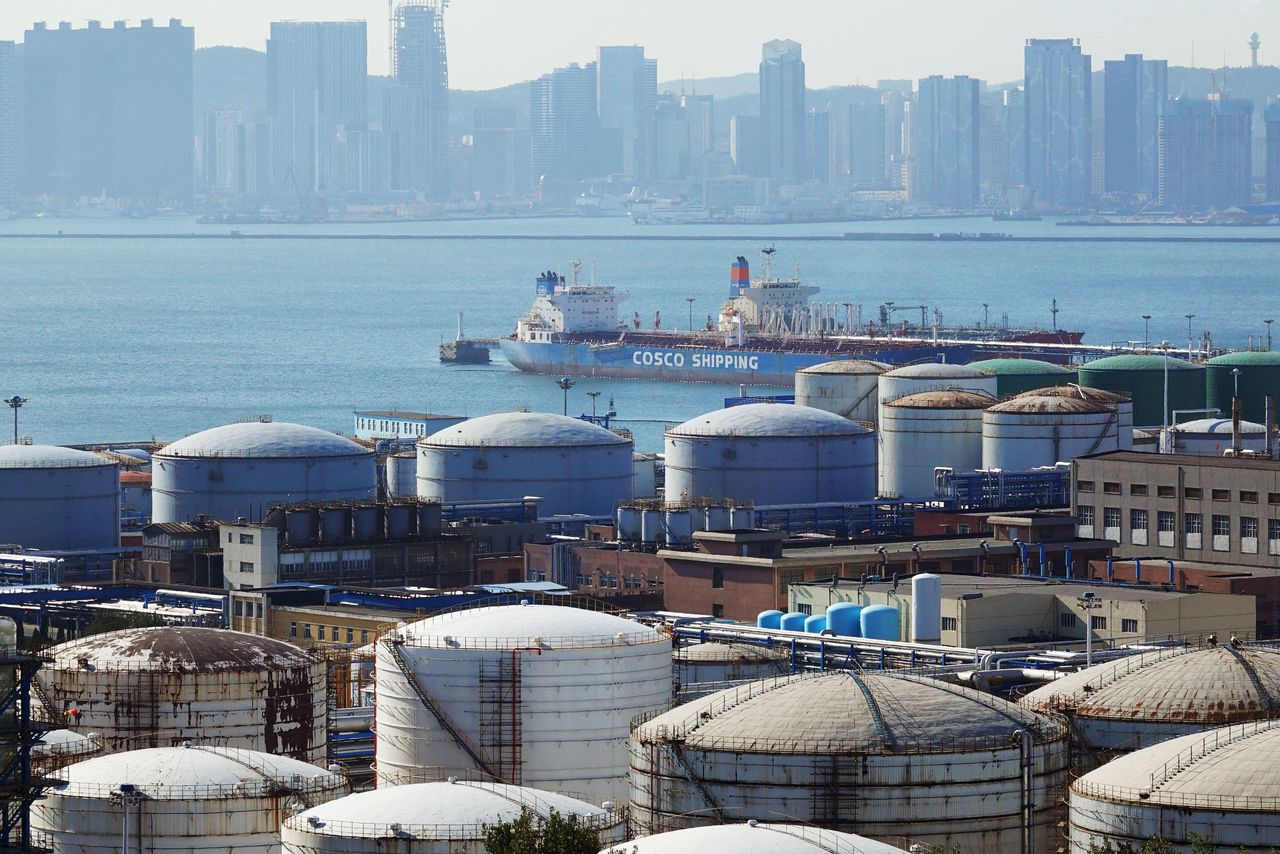 BEIJING (Reuters) -China, the world's largest crude importer, was non-committal about whether it will release oil from its reserves as requested by Washington, while OPEC sources said the U.S. action has not made the producer group change course.

On Tuesday, U.S. President Joe Biden's administration announced plans to release https://www.reuters.com/markets/commodities/us-set-unveil-emergency-oil-release-bid-fight-high-prices-2021-11-23 millions of barrels of oil from strategic reserves in coordination with other large consuming nations, including China, India and Japan, to try to cool prices.

The United States has made the largest commitment for a reserves release at 50 million barrels of pre-approved sales along with loans to the market, but without China, the action would have less impact.

There was no further announcement from Beijing on Thursday after China on Wednesday said it was working on its own reserves release, confirming a Reuters report last week that China would release oil according to its needs.

On Tuesday, Biden had told a briefing China "may do more".

Rumours of coordinated action drove crude prices lower ahead of the U.S. announcement, but the international market rose more than 3% on Tuesday as Washington confirmed it would tap its strategic reserve and the market lacked clarity on China's intentions.

The market is also keen to see OPEC's next move as Washington's announcement raised speculation that the Organization of the Petroleum Exporting Countries and allies, collectively known as OPEC+, might respond.

However, three sources told Reuters the group was not considering pausing its current agreement to boost output by 400,000 barrels per day every month, a rate considered too slow by some consumer nations.

Fuel demand collapsed early in the pandemic but has resurged this year, and oil prices have climbed, stoking wider inflation.

Biden, facing low approval ratings ahead of next year's congressional elections, was frustrated after OPEC+ shrugged off his repeated requests to pump more oil. Retail U.S. gasoline prices are up more than 60% in the last year, the fastest rate of increase since 2000.

"The market seems to believe in OPEC+ to keep oil balances tight more than it believes in the transitory nature of an SPR release," said Rystad Senior Oil Markets Analyst Louise Dickson on Wednesday.

OPEC+, which includes Saudi Arabia and other U.S. allies in the Gulf as well as Russia, meets again on Dec. 2 to discuss policy.

The group is monitoring whether oil markets are balanced, Iraq's oil minister Ihsan Abdul Jabbar said on Wednesday, saying the group needs to study the latest data before making decisions about supply.

Already the producer nations are struggling https://www.reuters.com/markets/europe/us-wants-more-oil-opec-cant-turn-tap-much-harder-2021-11-23 to pump enough oil to meet existing targets and they are also concerned a resurgence of COVID-19 cases could again drive down demand.

Washington's effort to team up with major Asian economies to lower energy prices was a warning to OPEC+ to control crude prices that are up more than 50% so far this year.

In the past, multi-country releases from reserves have been coordinated by the International Energy Agency (IEA), a Paris-based watchdog. The IEA does not intervene to influence prices, but the head of the agency said on Wednesday some producers have been restricting supply too much.

"Some of the key strains in today's markets may be considered artificial tightness ... because in oil markets today we see close to 6 million barrels per day in spare production capacity lies with the key producers, OPEC+ countries," Fatih Birol, IEA head, said.

Under the plan, the United States will release 50 million barrels, the equivalent of about 2-1/2 days of domestic demand. However, some analysts called the structure of the U.S. release - a combination of 18 million barrels of pre-approved sales and a loan of 32 million barrels - too small and temporary.

Goldman Sachs said the volume announced was "a drop in the ocean". [O/R]

The impact of the sale from strategic reserves is expected to be felt first in the United States and then Asia https://www.reuters.com/article/global-oil-reserves-usa-idCNL1N2SG0A0.