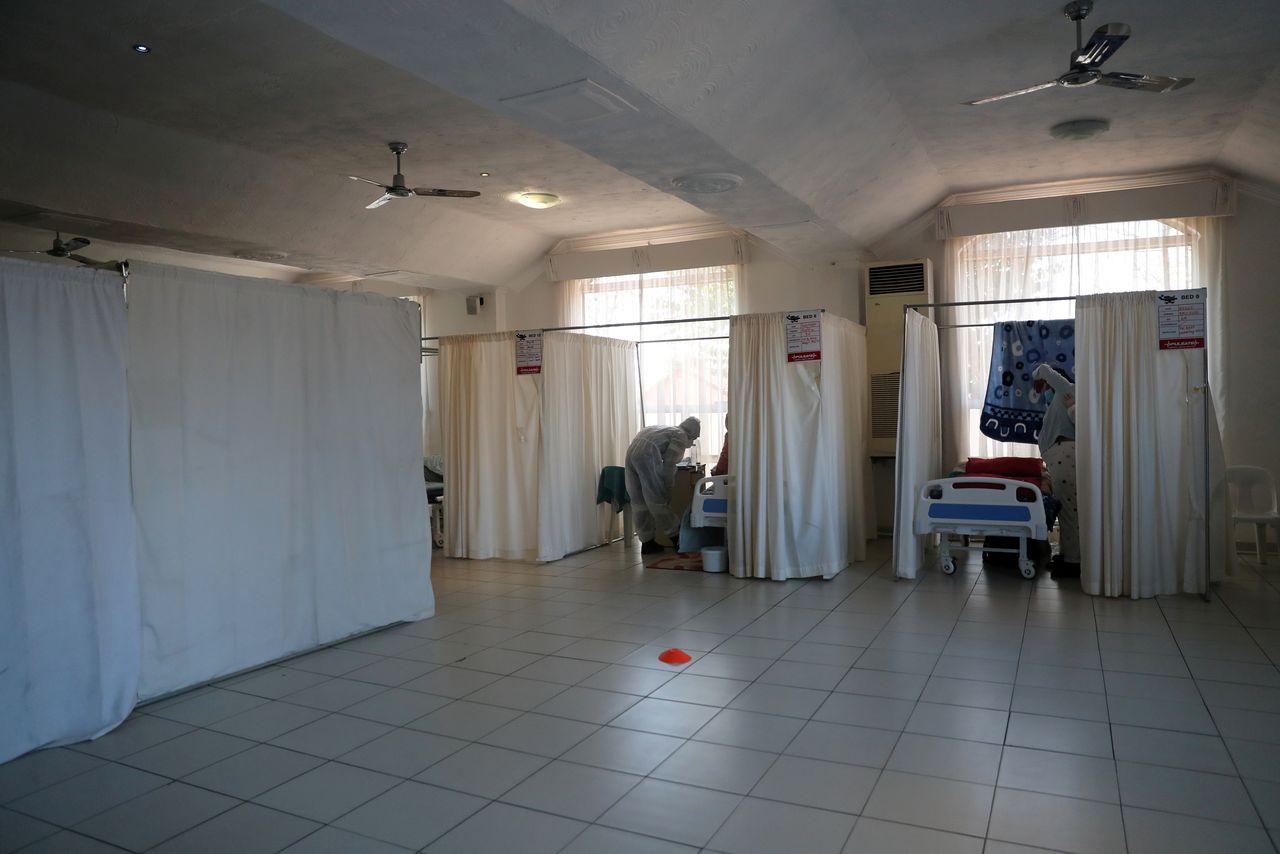 By David Shepardson and Stephanie Nebehay

WASHINGTON/GENEVA (Reuters) - The discovery of a new coronavirus variant named Omicron triggered global alarm on Friday as countries rushed to suspend travel from southern Africa and stock markets on both sides of the Atlantic suffered their biggest falls in more than a year.

The World Health Organisation (WHO) said Omicron may spread more quickly than other forms, and preliminary evidence suggested there is an increased risk of reinfection.

Epidemiologists warned travel curbs may be too late to stop Omicron from circulating globally. The new mutations were first discovered in South Africa and have since been detected in Belgium, Botswana, Israel and Hong Kong.

Going further, Canada said it was closing its borders to those countries, following bans on flights announced by Britain, the European and others.

But it could take weeks for scientists to fully understand the variant's mutations and whether existing vaccines and treatments are effective against it. Omicron is the fifth variant of concern designated by the WHO.

The variant has a spike protein that is dramatically different than the one in the original coronavirus that vaccines are based on, the UK Health Security Agency said, raising fears about how current vaccines will fare.

"This new variant of the COVID-19 virus is very worrying. It is the most heavily mutated version of the virus we have seen to date," said Lawrence Young, a virologist at Britain's University of Warwick.

"Some of the mutations that are similar to changes we've seen in other variants of concern are associated with enhanced transmissibility and with partial resistance to immunity induced by vaccination or natural infection."

Those worries pummelled financial markets, especially stocks of airlines and others in the travel sector, and oil, which tumbled by about $10 a barrel. [MKTS/GLOB] [O/R]

The Dow Jones Industrial Average closed down 2.5%, its worst day since late October 2020, and European stocks had their worst day in 17 months.

In Geneva the WHO - whose experts on Friday discussed the risks presented by the variant, called B.1.1.529 - had earlier warned against travel curbs for now.

"It's really important that there are no knee-jerk responses," said the WHO's emergencies director Mike Ryan, praising South Africa's public health institutions for picking up the new variant of the coronavirus that causes COVID-19.

Richard Lessells, a South Africa-based infectious disease expert, also expressed frustration at travel bans, saying the focus should be on getting more people vaccinated in places that have struggled to access sufficient shots.

"This is why we talked about the risk of vaccine apartheid. This virus can evolve in the absence of adequate levels of vaccination," he told Reuters.

Less than 7% of people in low-income countries have received their first COVID-19 shot, according to medical and human rights groups. Meanwhile, many developed nations are giving third-dose boosters.

"Failure to help vaccinate sub-Saharan Africa - still barely 4% of the population - left us all exposed to risk of a new, more virulent #COVID variant," IMF Managing Director Kristalina Georgieva wrote on Twitter. "News of #Omricon is an urgent reminder of why we need to do even more to vaccinate the world."

TOO LATE FOR TRAVEL CURBS?

The coronavirus has swept the world in the two years since it was first identified in central China, infecting 260 million people and killing 5.4 million https://tmsnrt.rs/34pvUyi.

One epidemiologist in Hong Kong said it may be too late to tighten travel curbs against the latest variant.

"Most likely this virus is already in other places. And so if we shut the door now, it's going to be probably too late," said Ben Cowling of the University of Hong Kong.

Discovery of the new variant comes as Europe and the United States enter winter, with more people gathering indoors in the run-up to Christmas, providing a breeding ground for infection.

Friday also marked the start of the holiday shopping period in the United States, but stores were less crowded than in years past.

Realtor Kelsey Hupp, 36, was at the Macy's department store in downtown Chicago on Black Friday.

"Chicago is pretty safe and masked and vaccinated. I got my booster so I'm not too concerned about it," she said.

Eikon users can click https://apac1.apps.cp.thomsonreuters.com/cms/?navid=1063154666 for a COVID case tracker.