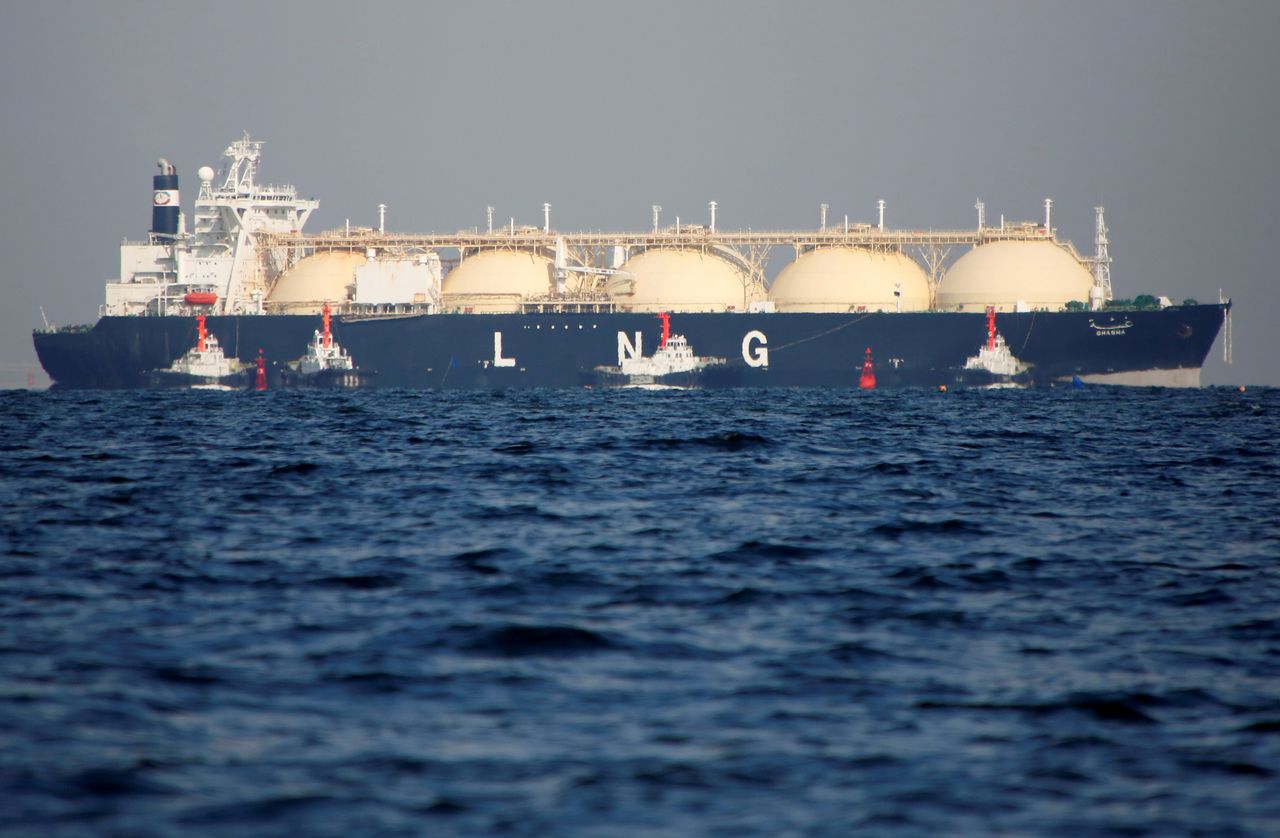 The average LNG price for January delivery into Northeast Asia slipped to $36.1 per metric million British thermal units (mmBtu), down $0.6, or 1.6% from the previous week, industry sources said.

Prices remain just $2.4 shy of the record level observed in mid-October. Prices for February delivery were estimated around $35.15 per mmBtu, they added.

"Prices should continue to head higher in the medium term, but the news about a (virus) variant could potentially cause some damage," a Europe-based trader said.

News of a new coronavirus variant detected in South Africa pummelled global stocks and oil markets with the EU and Britain tightening border controls as scientists sought to find out if the mutation was vaccine-resistant.

"I am not sure anyone expects the decline in prices to last long. Prices have been climbing globally again over the last couple of days as new demand has emerged and some supply has wavered," said Robert Songer, LNG markets analyst at data intelligence firm ICIS.

"In Europe, concerns over the implementation of Nord Stream 2 continue to drive the agenda and demand is ramping up again in Asia," he added.

Western and Southern Europe have imported 5.5 million tonnes of LNG this month and are on track to exceed October's 5.7 million tonnes, Rystad Energy said.

"The mounting congestion at the Panama Canal may be working to Europe's benefit as US exporters can choose to remain within the Atlantic basin rather than make the arduous journey to Asia via the Cape of Good Hope," it added.

An earlier-than-expected freeze along the Northern Sea Route in Russia may affect the passage of Yamal LNG carriers to Asia.

Vessels continued to divert away from South America towards Europe, Songer said, adding that ICIS LNG Edge showed that a 165,500 cbm LNG cargo on board the Meridian Spirit tanker has diverted to Belgium's Zeebrugge, from an originally broadcast destination of Rio De Janeiro.

Pacific LNG freight spot rates hit a record high on Friday, with the cost of chartering a vessel to carry a shipment of the super-chilled fuel from Australia to Japan jumping to $374,500 per day, said Henry Bennett at data intelligence firm Spark Commodities.

Elsewhere, Japan's biggest power generator JERA has procured 2 million tonnes of LNG on the spot market for delivery between November and March to ensure adequate power supply during the peak winter demand season.

South Korea's KOGAS has awarded a buy tender for around eight cargoes of LNG over December and January.