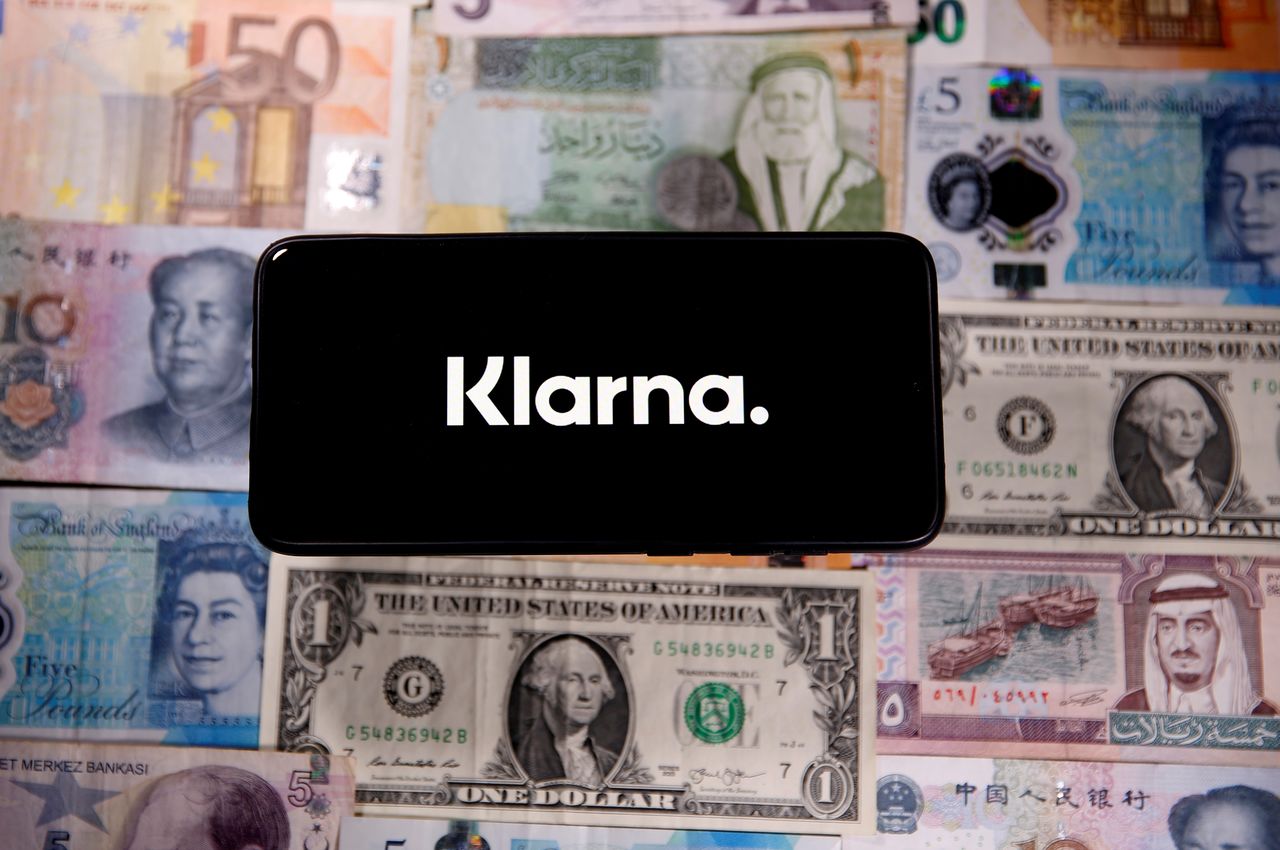 FILE PHOTO: A smartphone displays a Klarna logo on top of banknotes is in this illustration taken January 6, 2020. REUTERS/Dado Ruvic

STOCKHOLM (Reuters) - Losses for Swedish payments firm Klarna deepened in the year to the end of September, while transactions using its platform jumped in the final three months of the period, results published on Friday showed.

Operating losses at Klarna, a "buy now, pay later" company, widened to 3.13 billion crowns ($344.1 million) in the January-September period, from 801 million crowns a year ago.

Net credit losses rose by over 80% to 2.9 billion crowns, Klarna, which rivals Affirm and Afterpay, said.

"The US continues to be Klarna's fastest growing market with over 300% GMV growth YTD driven by 21m+ consumers," the firm, which is expected to make its stock market debut in the coming months, said in a statement.