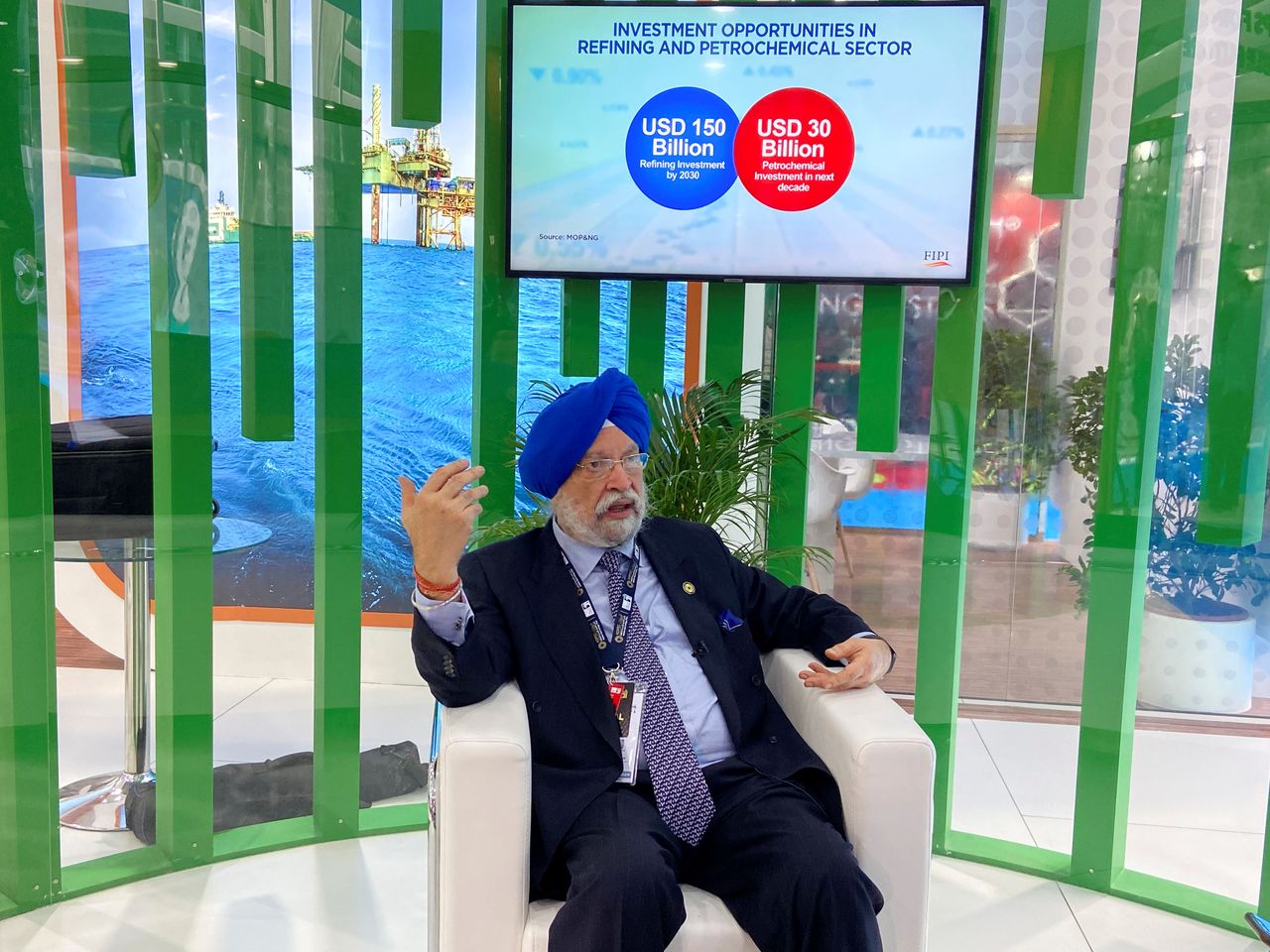 India, the world's third-biggest oil importer and consumer, imports about 85% of its oil needs and has been hit hard by rising oil prices. Oil prices eased on Friday, however, on concerns about a new COVID-19 variant detected in South Africa. [O/R]

"The producing countries cannot hold the consuming countries to ransom for a variety of reasons. We will make transition and we will do our production and in the short-term we will also deal with it may be by re-orienting our own priorities," India's oil minister, Hardeep Singh Puri, said at an industry awards event.

The nation has repeatedly urged OPEC+, which consists of countries belonging to the Organization of the Petroleum Exporting Countries and allies including Russia, to raise output to calm prices.

Ahead of the OPEC+ meeting next week to set output policy, Puri blamed the key producers for keeping supplies lower than demand.

Oil prices are determined by Saudi Arabia, UAE and Russia as part of OPEC+, Puri said in a separate event hosted by Republic TV.

"They have kept the supply curve below demand. They are saying that it's temporary for one to two months, after that there will be more supply available than demand," Puri said in Hindi at the Indian Economic Summit hosted by Republic TV.

He said India will continue to be a major driver of global energy demand for the next 20 to 30 years despite planned steps to move closer to green energy.

India, along with other major oil consumers China, Japan, South Korea and the United States, on Tuesday announced plans to release oil from strategic reserves in an attempt to cool prices.

"Release of strategic oil, whether that is symbolic or real, I don't know, but it is a very bold move," Puri said.