By Elizabeth Piper and Toby Sterling

LONDON/AMSTERDAM (Reuters) -The Omicron coronavirus variant spread around the world on Sunday, with new cases found in the Netherlands, Denmark and Australia even as more countries imposed travel restriction to try to seal themselves off.

The World Health Organization (WHO) said it was not yet clear whether Omicron, first detected in Southern Africa, is more transmissible than other variants, or if it causes more severe disease.

"Preliminary data suggests that there are increasing rates of hospitalization in South Africa, but this may be due to increasing overall numbers of people becoming infected, rather than a result of specific infection," WHO said.

It said understanding the level of severity of Omicron "will take days to several weeks".

The detection of Omicron triggered global alarm as governments around the world scrambled to impose new travel curbs and financial markets sold-off, fearing the variant could resist vaccinations and upend a nascent economic reopening after a two-year global pandemic.

In its statement, the WHO said it was working with technical experts to understand the potential impact of the variant on existing countermeasures against COVID-19, including vaccines.

Britain said it will convene an urgent meeting of G7 health ministers on Monday to discuss the developments.

Dutch health authorities said 13 cases of the variant were found among people on two flights that arrived in Amsterdam from South Africa on Friday. Authorities had tested all of the more than 600 passengers on the flights and found 61 coronavirus cases, going on to test those for Omicron.

"This could possibly be the tip of the iceberg," Health Minister Hugo de Jonge told reporters.

Dutch military police said they arrested a married couple who left a hotel where they were in quarantine after testing positive for COVID-19, and were attempting to flee the country.

Omicron, dubbed a "variant of concern" last week by the WHO that is potentially more contagious https://www.reuters.com/world/how-worried-should-we-be-about-omicron-variant-2021-11-27 than previous variants, has now been detected in Australia, Belgium, Botswana, Britain, Denmark, Germany, Hong Kong, Israel, Italy, the Netherlands, France, Canada and South Africa.

Many countries have imposed travel bans or curbs on Southern Africa to try to stem the spread. Financial markets dived on Friday, and oil prices tumbled.

A South African doctor who was one of the first to suspect a different coronavirus strain said https://www.reuters.com/world/africa/safrican-doctor-says-patients-with-omicron-variant-have-very-mild-symptoms-2021-11-28 on Sunday that symptoms of Omicron were so far mild and could be treated at home.

Dr. Angelique Coetzee, chair of South African Medical Association, told Reuters that unlike with Delta, so far patients have not reported loss of smell or taste and there has been no major drop in oxygen levels with the new variant.

In the most far-reaching effort to keep the variant at bay, Israel announced https://www.reuters.com/world/middle-east/israel-ban-entry-foreigners-all-countries-over-omicron-2021-11-27 late on Saturday it would ban the entry of all foreigners and reintroduce counter-terrorism phone-tracking technology to contain the spread of the variant.

Prime Minister Naftali Bennett said the ban, pending government approval, would last 14 days. Officials hope that within that period there will be more information on how effective vaccines are against Omicron.

The top U.S. infectious disease official, Dr. Anthony Fauci, told President Joe Biden on Sunday it will take about two weeks to have more definitive information about the transmissibility and other characteristics of Omicron, the White House said in a statement, adding that Fauci believes existing vaccines "are likely to provide a degree of protection against severe cases of COVID".

Biden will give an update on the new variant and the U.S. response on Monday, the White House said.

In Britain, the government has announced measures including stricter testing rules for people arriving in the country and requiring mask wearing in some settings.

South Africa has denounced the measures as unfair and potentially harmful to its economy, saying it is being punished for its scientific ability to identify coronavirus variants early.

South Africa's President Cyril Ramaphosa said on Sunday that his government was considering imposing compulsory COVID-19 shots for people in certain places and activities, and he slammed rich Western countries for what he called their knee-jerk imposition of travel bans.

"The prohibition of travel is not informed by science, nor will it be effective in preventing the spread of this variant," Ramaphosa said. "The only thing (it) ... will do is to further damage the economies of the affected countries and undermine their ability to respond to ... the pandemic."

Omicron has emerged as many countries in Europe are already battling a surge in COVID-19 infections, with some reintroducing restrictions on social activity to try to stop the spread.

The new variant has also thrown a spotlight on huge disparities in vaccination rates around the globe. Even as many developed countries are giving third-dose boosters, less than 7% of people in poorer countries have received their first COVID-19 shot, according to medical and human rights groups. 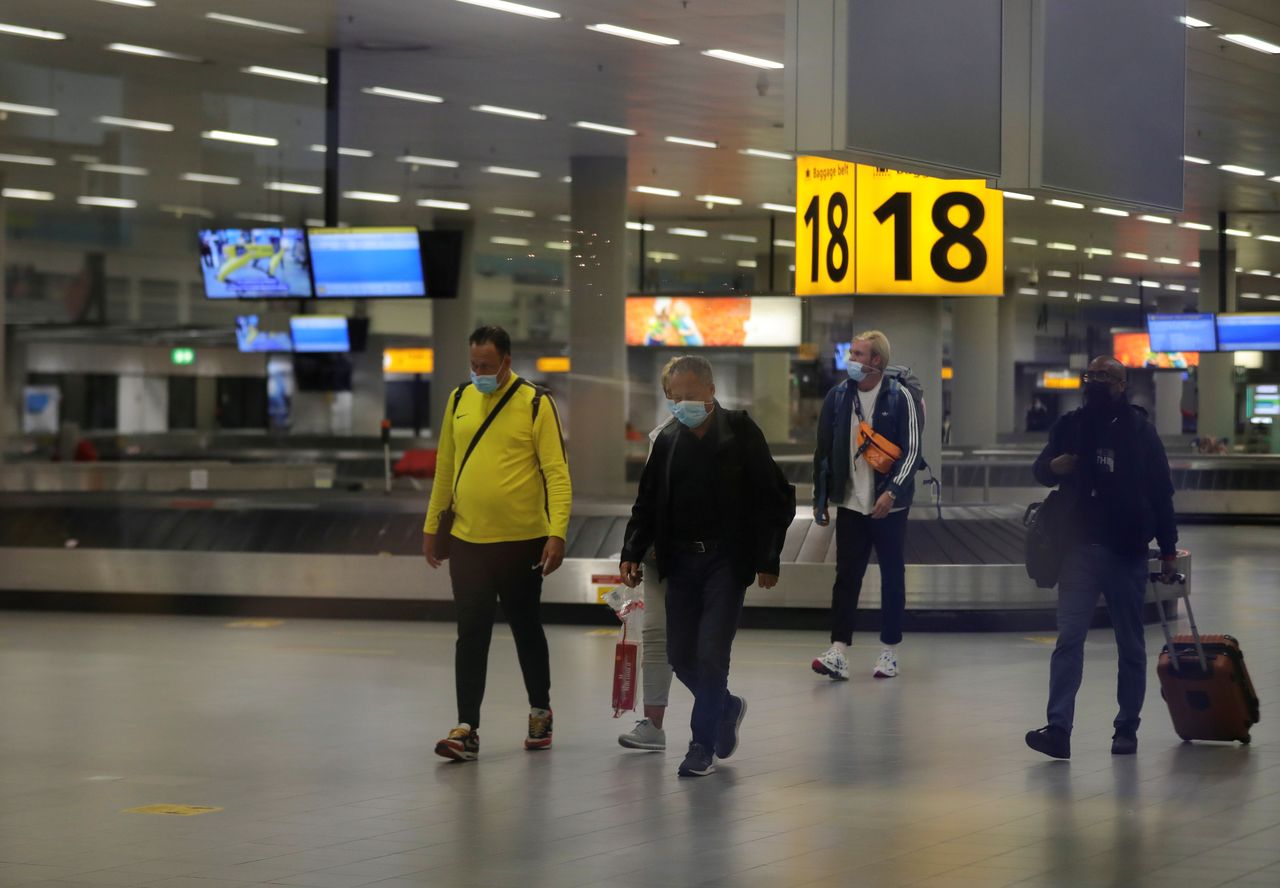 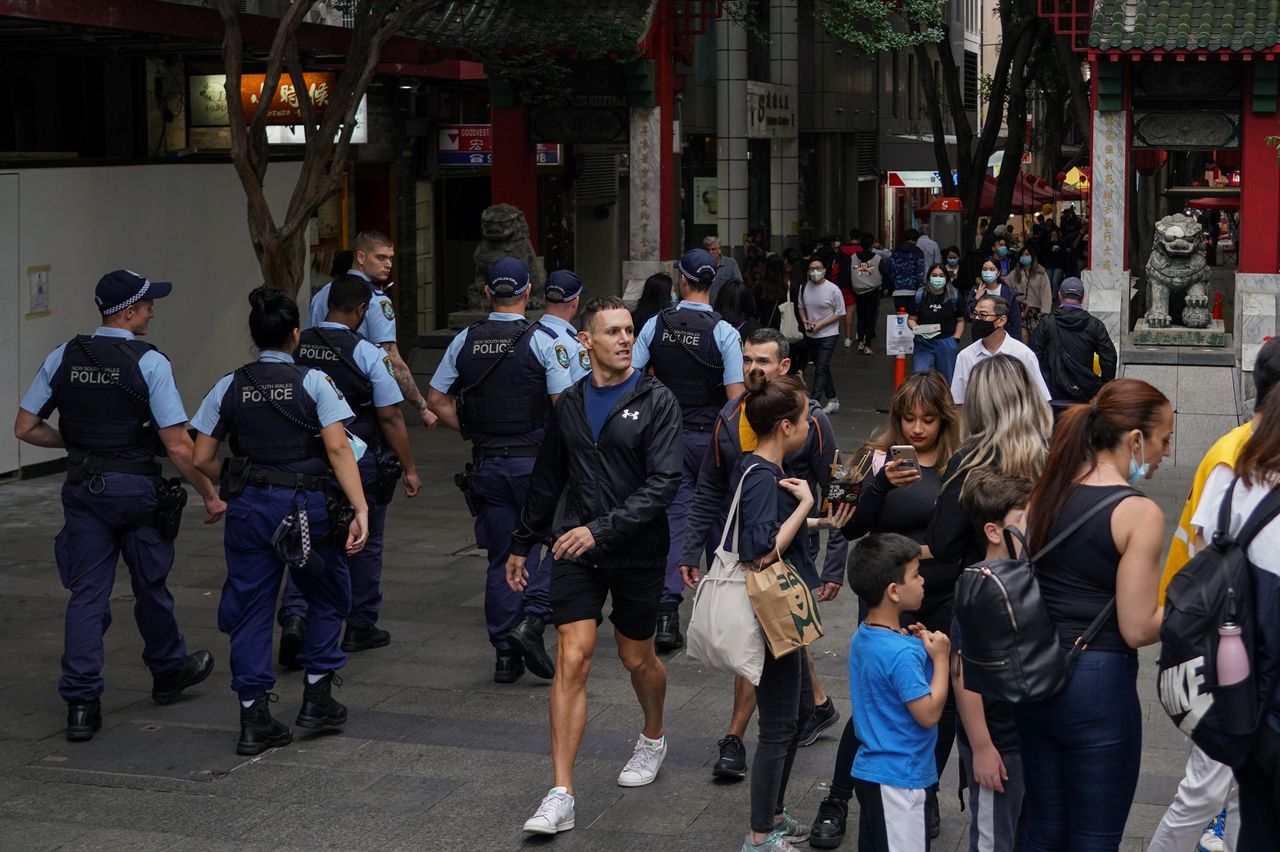