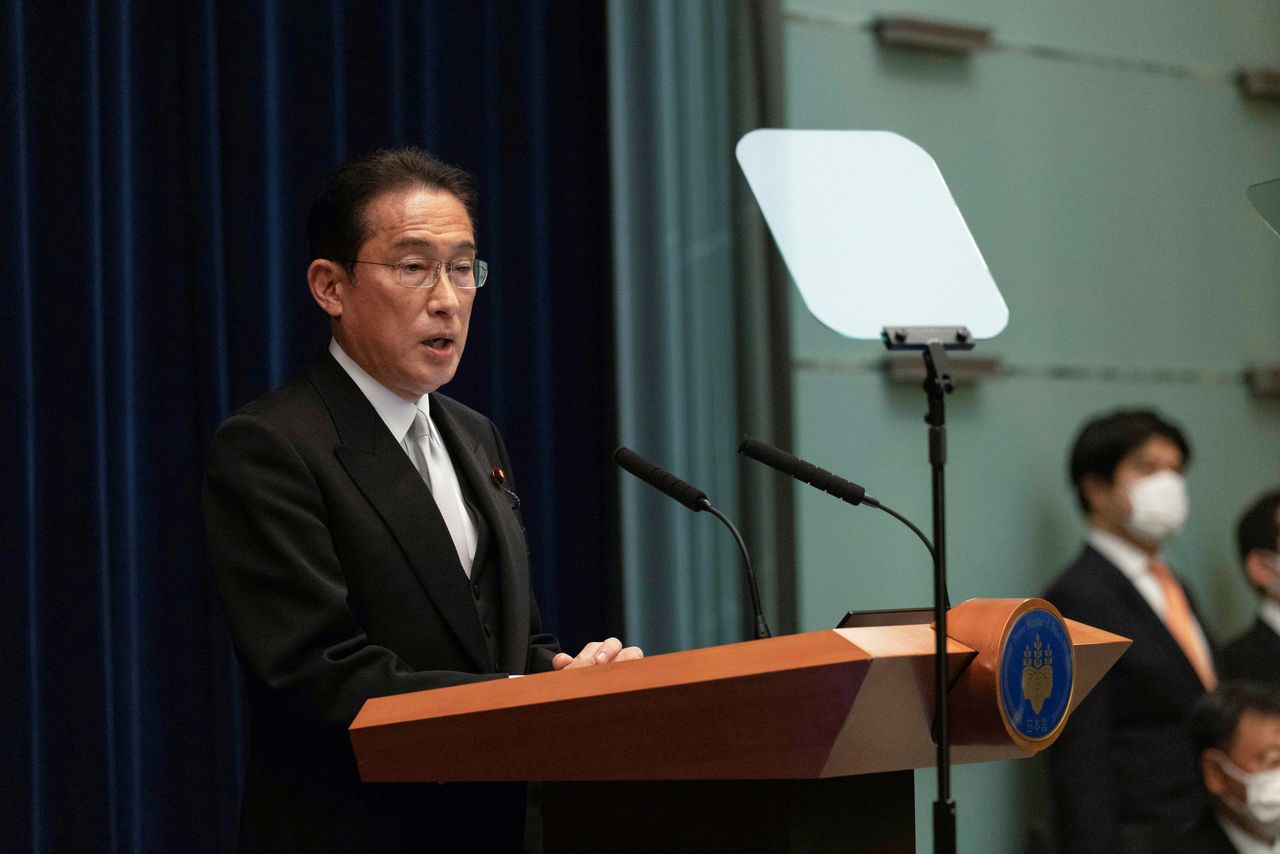 TOKYO (Reuters) -Japan said on Monday it would shut its borders to foreigners to prevent the spread of the Omicron variant of coronavirus, joining Israel in imposing some of the strictest border controls since the variant's discovery in southern Africa.

Japan will bar entry to foreigners from midnight on Monday, and Japanese returnees from specified nations will have to quarantine in designated facilities, Prime Minister Fumio Kishida told reporters.

"These are temporary, exceptional measures that we are taking for safety's sake until there is clearer information about the Omicron variant," Kishida told reporters.

"I'm prepared to bear all criticism from those saying the Kishida administration is being too cautious."

The tougher restrictions mark a rapid tightening after Japan on Friday said it would strengthen border controls on people arriving from six African nations, even though no cases of Omicron have been detected in the country and much about the new variant remains unknown.

Nations around the world have enacted border curbs since the WHO dubbed Omicron a "variant of concern".

But Japan's measures are among the strongest, following Israel in banning entry of foreigners, and Morocco, which has halted all inbound flights for two weeks, and they mark a rapid change of course.

The Foreign Ministry later said the tighter measures included extending mandatory hotel quarantines to six days instead of three for travellers from the United Kingdom. For those from nations including Australia and Austria the duration rises to three days from none.

Business lobbies in Japan clamoured for months for the government to ease what were some of the world's most restrictive border controls.

Only last week a monthly limit on inbound travellers was raised from 3,500 to 5,000 and earlier this month, quarantine periods https://www.reuters.com/world/asia-pacific/japan-eases-covid-19-border-curbs-trails-major-partners-2021-11-02 were shortened for vaccinated passengers.

A government official said all the easing will be reversed, although foreigners holding current, resident visas will be allowed back into Japan, as will some diplomatic travellers and humanitarian cases.

Kishida said he would bolster Japan's response to the pandemic after dissatisfaction over handling of the crisis prompted the resignation of his predecessor Yoshihide Suga in September.

Koji Wada, a professor at Tokyo's International University of Health and Welfare and adviser to the government on the pandemic response, said Japanese citizens were expected to support the "radical decision" even if the business community was unhappy.

"This is a good opportunity for the government to show their attitude toward COVID-19, and I think many people will support this decision," Wada said.

"The problem is, shutting down the border is not a solution. The government should have a middle-term plan on how to handle this Omicron virus," he added.

Health Minister Shigeyuki Goto said a traveller from Namibia has tested positive for the novel coronavirus but further tests were needed to find out if it was from the new variant.

After a slow start, Japan's vaccination rate is the highest among Group of Seven economies, and COVID-19 infections have fallen significantly since a fifth wave peaked in August.

Tokyo reported eight new cases on Monday, down from more than 5,000 a day in the weeks following the Summer Olympics held in Japan's capital.

Health experts are however concerned about a possible rebound this winter, and a round of booster shots are scheduled to start from Dec. 1.

The World Health Organisation https://www.reuters.com/article/health-coronavirus-variant/wrapup-1-spread-of-omicron-variant-forces-nations-to-rethink-plans-for-global-travel-idUSL1N2SK04N (WHO) says it could take "days to several weeks" to determine the severity of the new variant.