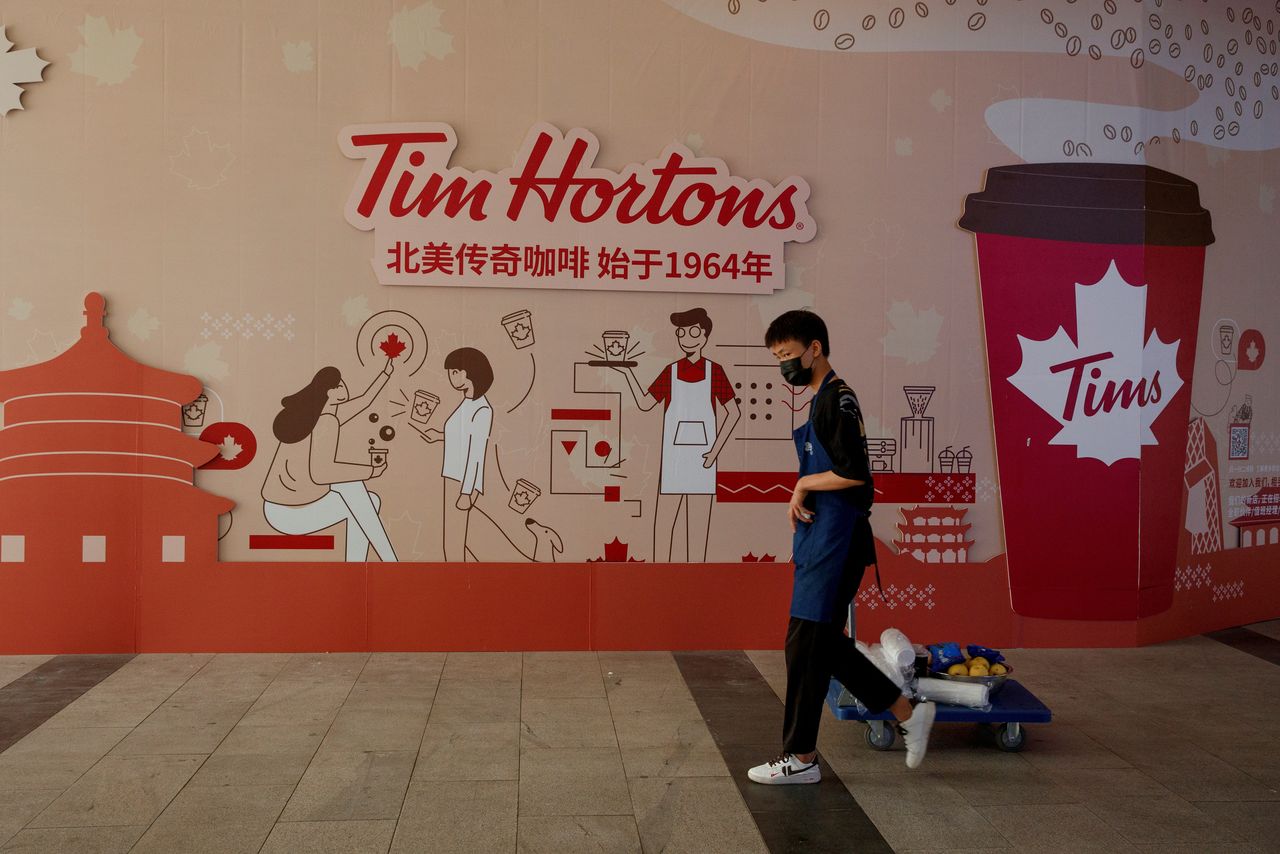 FILE PHOTO: A man walks past a store front poster advertising the opening of a cafe of the Canadian coffee and fast food chain Tim Hortons in Beijing, China, July 6, 2020. REUTERS/Thomas Peter/File Photo

BEIJING (Reuters) - The Chinese arm of Canadian coffee chain Tim Hortons said on Monday it has signed a deal with Metro China to open coffee shops in the retailer's stores, as it banks on rising coffee consumption in the world's most populous country.

The latest openings bring the store footprint for Tims China, which plans to go public next year, to over 335 stores in 20 Chinese cities, up from 137 stores at the start of the year.

In August, Tims China said in an investor presentation filed with the U.S. Securities and Exchange Commission that it expects its stores in China to total more than 2,700 by 2026.

Yu said the COVID-19 pandemic had helped to drive growth in the coffee delivery business.

"So having a smaller format like Tims Go enables us to grow more rapidly," he said.

In August, Tims China said it has agreed to go public in a merger with blank check company Silver Crest Acquisition Corp, valuing the business at $1.69 billion, including debt.

The company is "still doing everything possible" at the moment to close the deal in the first quarter of 2022, said Yu.