(Reuters) -Airlines are scrambling to limit the impact of the latest coronavirus variant on their networks, while delays in bookings are threatening an already-fragile recovery for global tourism.

Shares in airlines performed better on Monday following a sharp sell-off Friday on the discovery of the Omicron coronavirus variant.

The latest outbreak, first reported in southern Africa, dealt a blow to the industry just as it had recovery in its sights, especially following the easing of U.S.-bound travel.

Multiple countries including Japan, the United States, Britain and Israel have imposed travel curbs in order to slow the spread of the new variant.

"The hope for U.S. and European carriers had been that opening the Atlantic would allow them to operate long-haul routes on a cash-positive basis, but border restrictions make it even harder to get the demand in," said James Halstead, managing partner at consultancy Aviation Strategy.

A pickup in long-haul traffic is seen critical for many carriers, which have been left with severely strained balance sheets following the plunge in air travel last year.

Southern Africa accounts for only a tiny portion of the world's international travel, but sudden border restrictions and route suspensions have left some carriers with an uncertain future.

Spain's Air Europa, caught in a months-long acquisition process by IAG-owned rival Iberia, which British and European regulators have so far been loath to approve, is especially vulnerable to renewed travel curbs.

President Joe Biden said while the restrictions were needed to give the United States time to get more people vaccinated, he did not anticipate the need for additional curbs.

But Willie Walsh, head of global airlines industry body IATA, called the restrictions a "knee-jerk reaction." In an interview with BBC Radio, he urged authorities to institute "sensible" testing regimes and avoid measures that have caused "massive" financial damage to the industry in the past.

"This virus cannot be beaten in the way some of these measures would have people believe," said Walsh. "We have to adjust. We have to take sensible measures."

Rising COVID-19 cases as well as the new border restrictions have prompted analysts to adjust their outlook for the industry. Analysts at HSBC, for example, expect the industry's recovery would be pushed back by a year.

It is a setback for companies including the interconnecting Gulf carriers and Lufthansa, which depends heavily on transit traffic at its Frankfurt base, analysts said.

Big carriers acted swiftly to protect their hubs by curbing passenger travel from southern Africa, fearing that the spread of the new variant would trigger restrictions from other destinations beyond the immediately affected regions, industry sources said.

Singapore deferred plans to open its borders to vaccinated travellers from the United Arab Emirates, Qatar and Saudi Arabia because those countries are transit hubs for African travel.

Singapore Airlines said it had converted some of its flights to Johannesburg and Cape Town to cargo-only.

Qatar Airways said it would no longer accept passengers travelling from five southern African countries, but would fly passengers to those countries in line with current restrictions.

In the United States, United Airlines and Delta Air Lines are the only passenger carriers with direct flights to the region. Both airlines said on Monday they have not made any adjustments to their flight schedules.

Delta said it is offering fare difference waivers to customers looking to change travel to, from or through South Africa, Israel and Japan. Both Israel and Japan have banned the entry of foreign travellers.

Concerns have also been raised about future bookings.

Some Australian travellers booked through Flight Centre Travel Group Ltd have cancelled or delayed trips amid new requirements for arrivals to isolate at home or a hotel for 72 hours while awaiting the results of a COVID-19 test, a spokesperson for the travel agency said.

In Germany, DER Touristik said that after very positive bookings at the beginning of autumn it had seen a reluctance to book, including for southern African destinations.

Some companies seemed exasperated by the latest threat to business-as-usual.

"It's too early to make any predictions," a spokesperson for Spanish carrier Iberia said. "As for contingency plans, do the flexibility and capacity to adapt that we have demonstrated throughout the pandemic seem insignificant to you?" 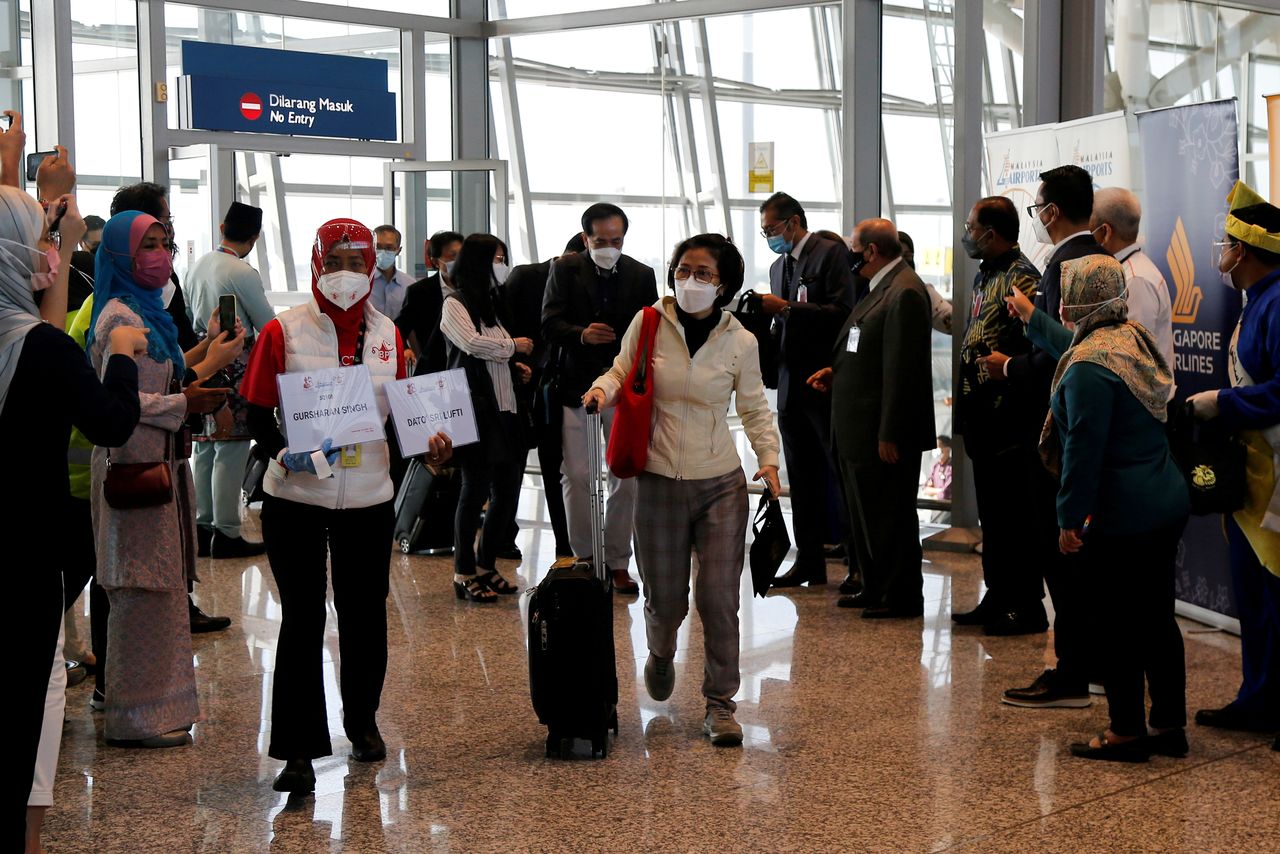 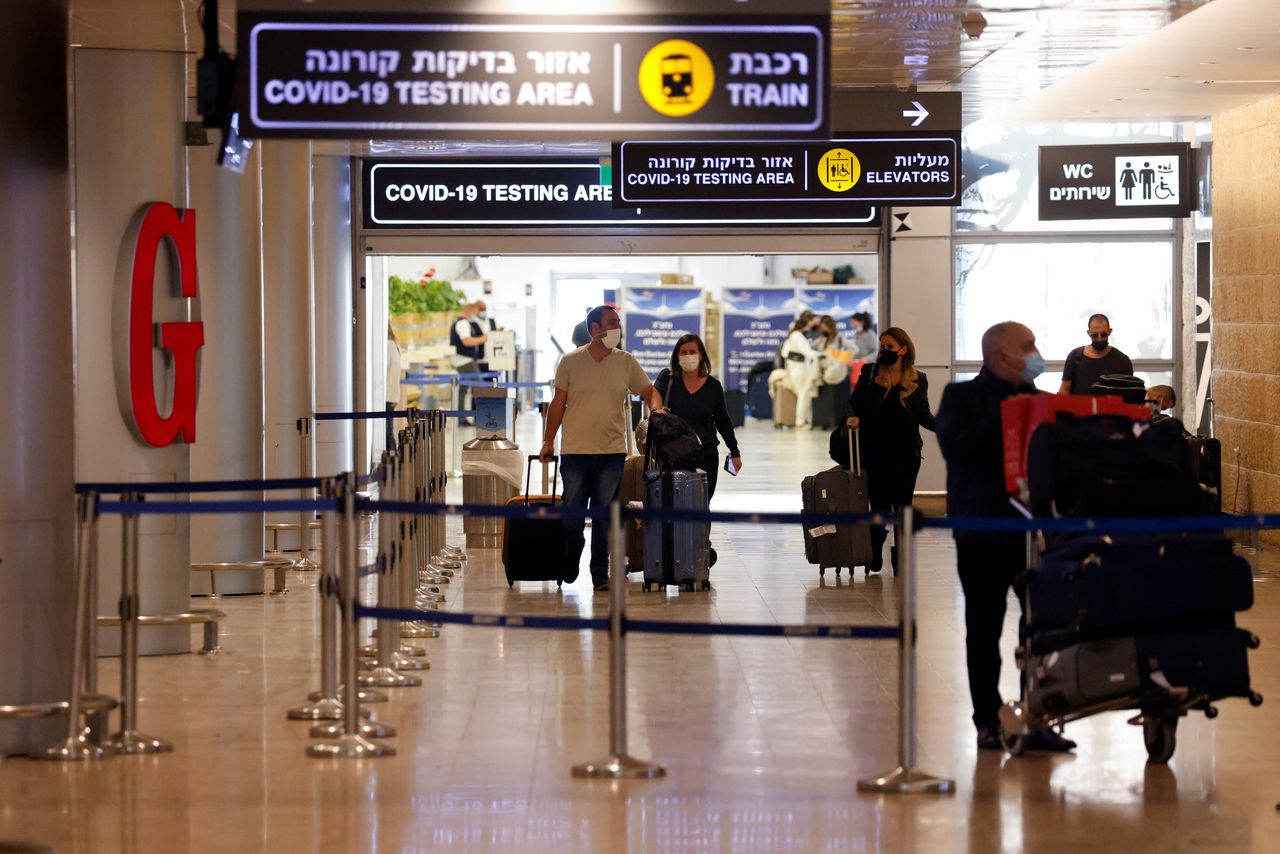 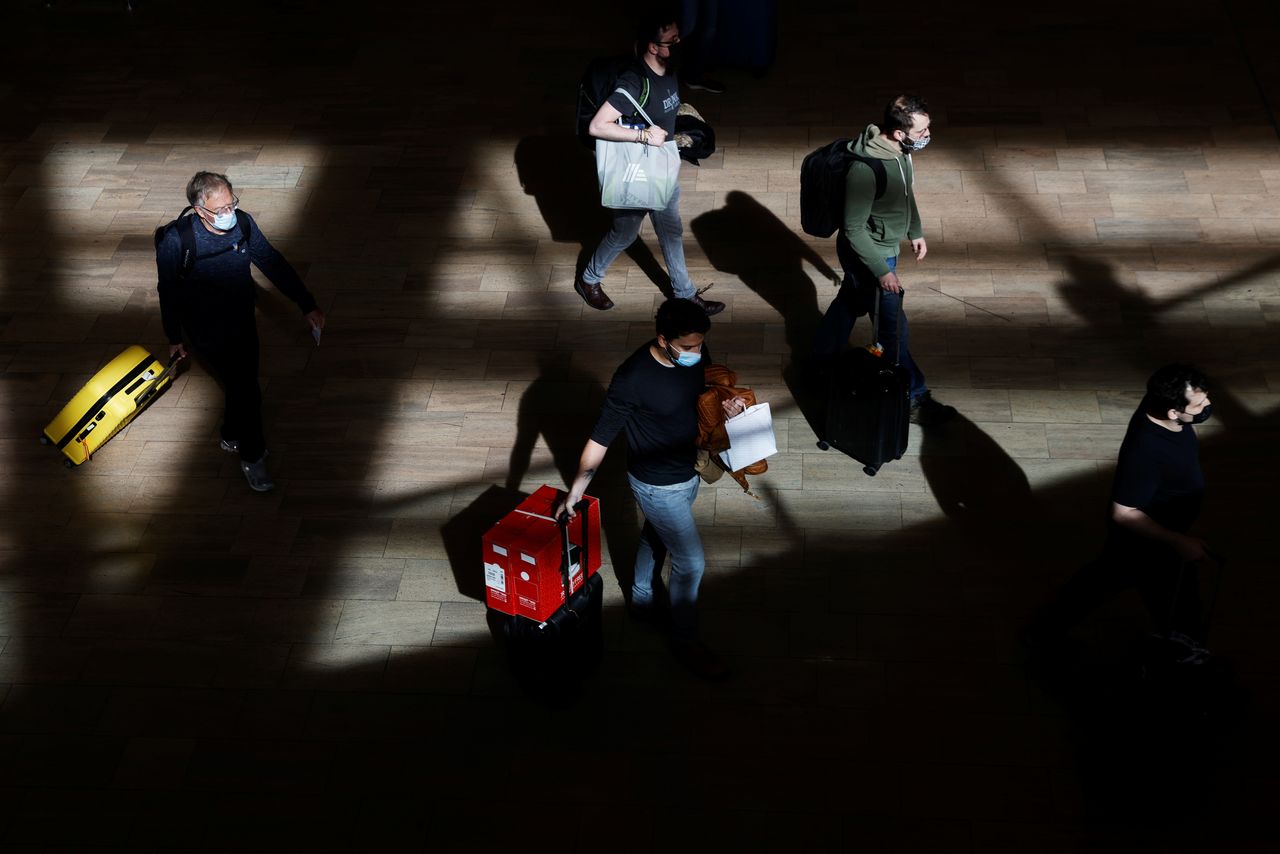 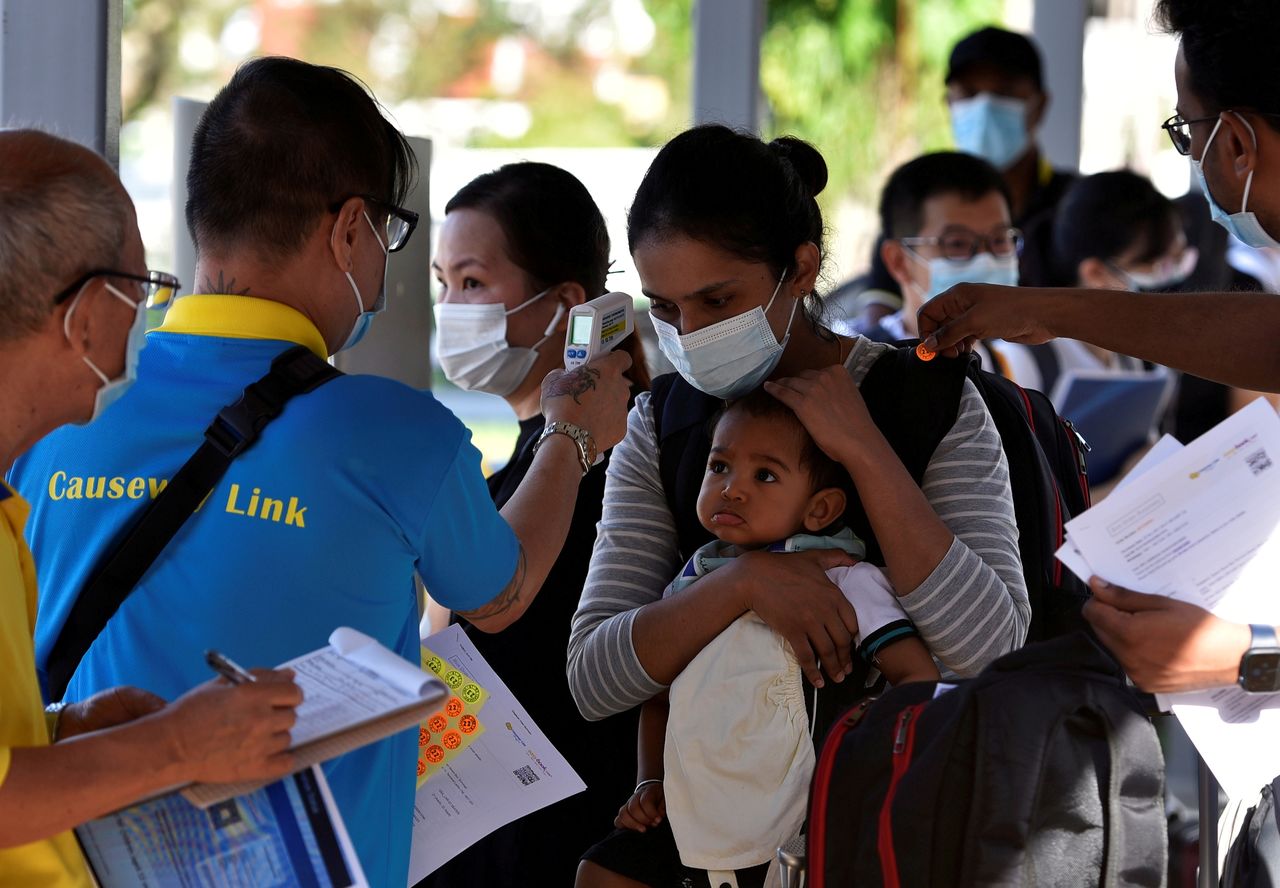 A mother and child get their temperatures checked as they prepare to board a bus back to Malaysia at a station in Singapore, November 29, 2021.