USS CARL VINSON (Reuters) - The United States on Tuesday completed ten days of joint military drills in Asian waters with Japan and other allies as it ups the ante on deterring China from pursuing its territorial ambitions amid growing tension in the region over Taiwan.

The ANNUALEX drill included 35 warships and dozens of aircraft in the Philippine Sea off Japan's southern coast. The U.S. and Japanese forces were led by the nuclear-powered USS Carl Vinson carrier, which was also joined by ships from Canada, Australia, and for the first time, Germany. On Tuesday, the Vinson was being shadowed by a Chinese navy ship.

"We try to deter aggression from some nations that are showing burgeoning strength that maybe we haven't experienced before," U.S. Seventh Fleet commander Vice Admiral Karl Thomas said at a briefing aboard the carrier.

The exercise was meant to "tell those nations that maybe today is not the day," he said.

Thomas was accompanied by the commander of the exercise, Japan Maritime Self-Defense Force Vice Admiral Hideki Yuasa. Home to the biggest concentration of American forces outside the United States, Tokyo is Washington's key ally in the region.

Increasing pressure by China on Taiwan is causing concern in both Japan and the United States. Japan worries that key sea lanes supplying it will come under Beijing's sway should it gain control of the island. That move would also threaten U.S. military bases in the region.

China, which views Taiwan as a breakaway province, says its intentions in the region are peaceful.

The ten-day exercise caps a year of drills between the United States, Japan and other countries, including Britain, France, Germany and the Netherlands.

London this year deployed its new $4.15 billion aircraft carrier the HMS Queen Elizabeth to the region, culminating in a visit to Japan in September along with two destroyers, two frigates and a submarine.

To get there, it sailed through the contested South China Sea, of which China claims 90%. Also in September, Britain's HMS Richmond passed through the Taiwan Strait separating the island from mainland China, prompting a rebuke from Beijing.

Tokyo, in its latest annual defence strategy paper, identifies China as its main national security threat and said it had a "sense of crisis" regarding Taiwan as Chinese military activity around the island intensifies.

The British carrier joined a Japanese carrier, along with the Vinson - which operates F-35 stealth jets - and the USS Ronald Reagan, for a rare four-carrier training exercise in the waters around Japan. 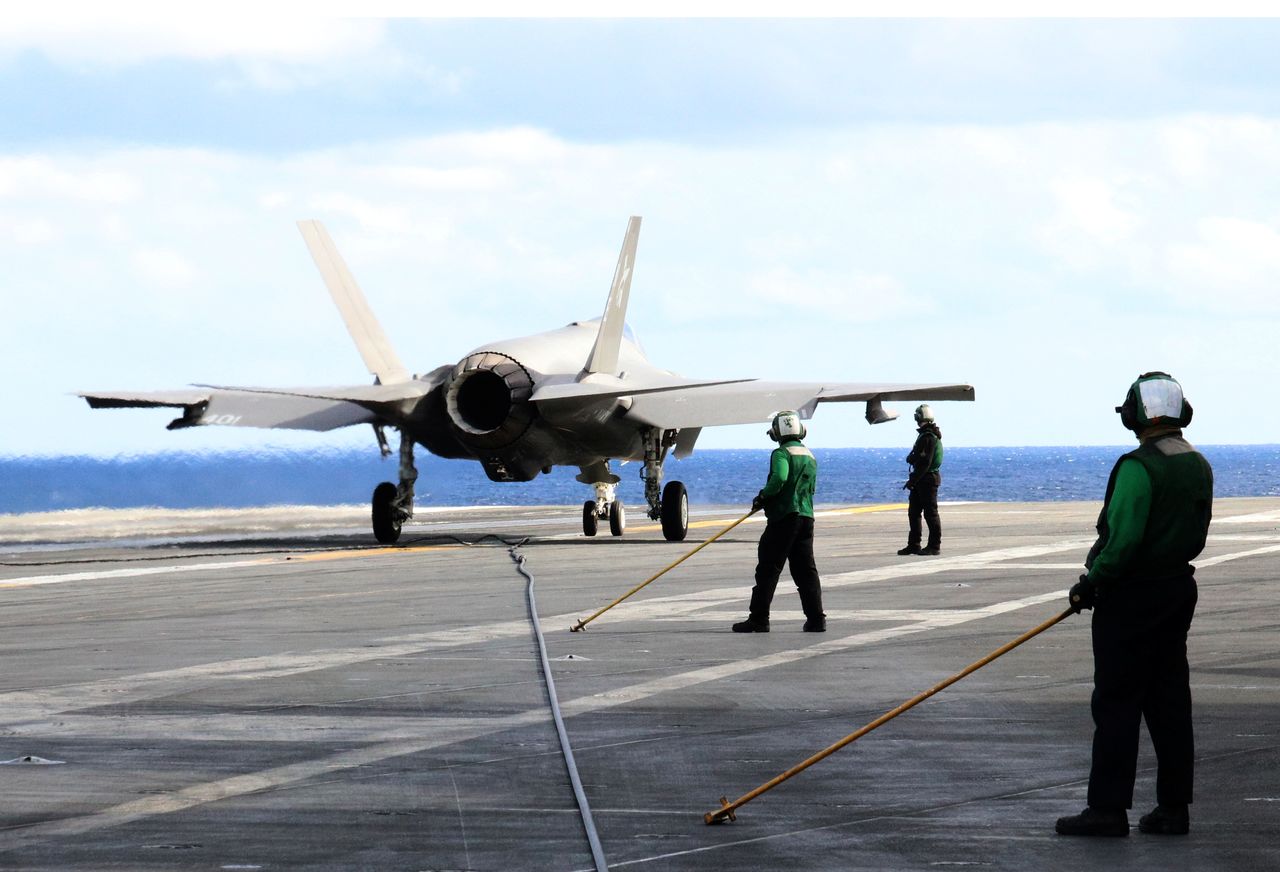 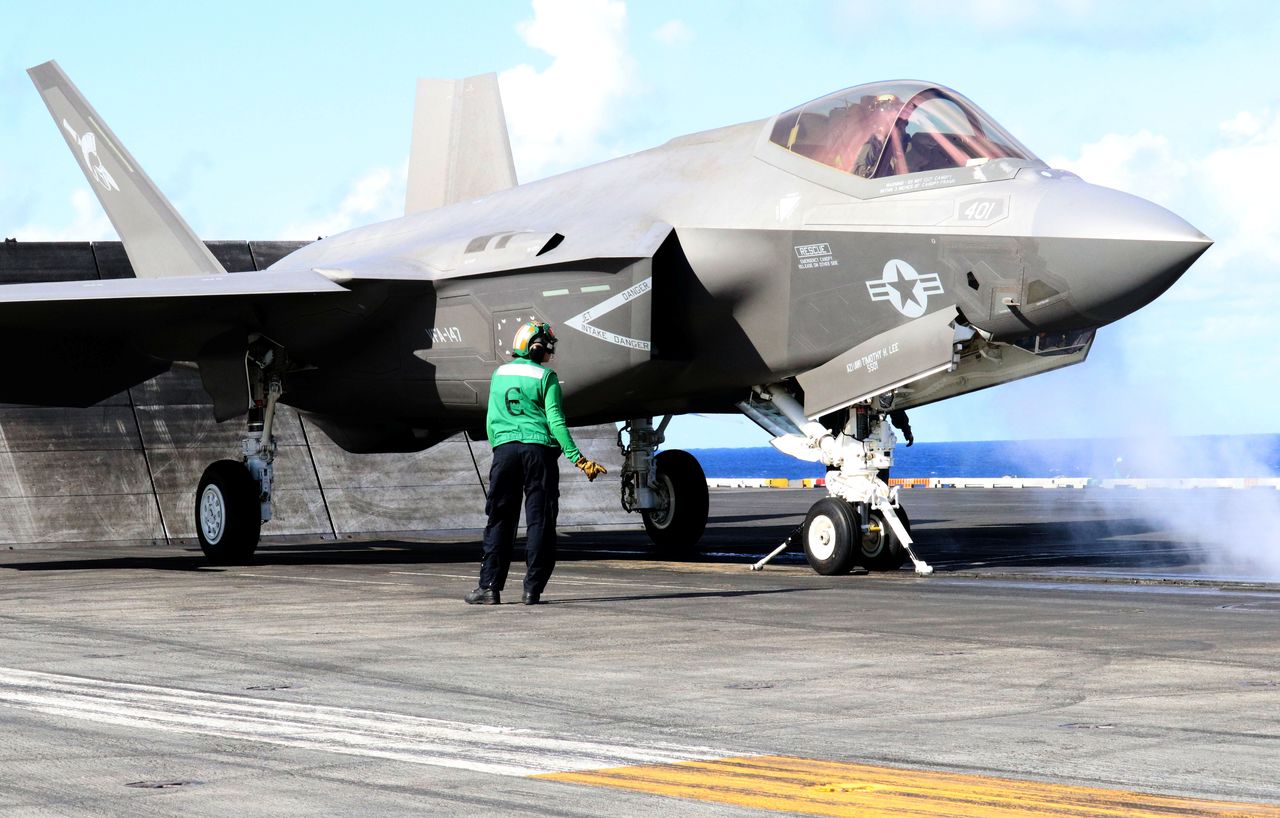 F-35C prepares to catapult from the deck of the USS Carl Vinson in the Western Pacific, south of Japan, November 30, 2021. REUTERS/Tim Kelly 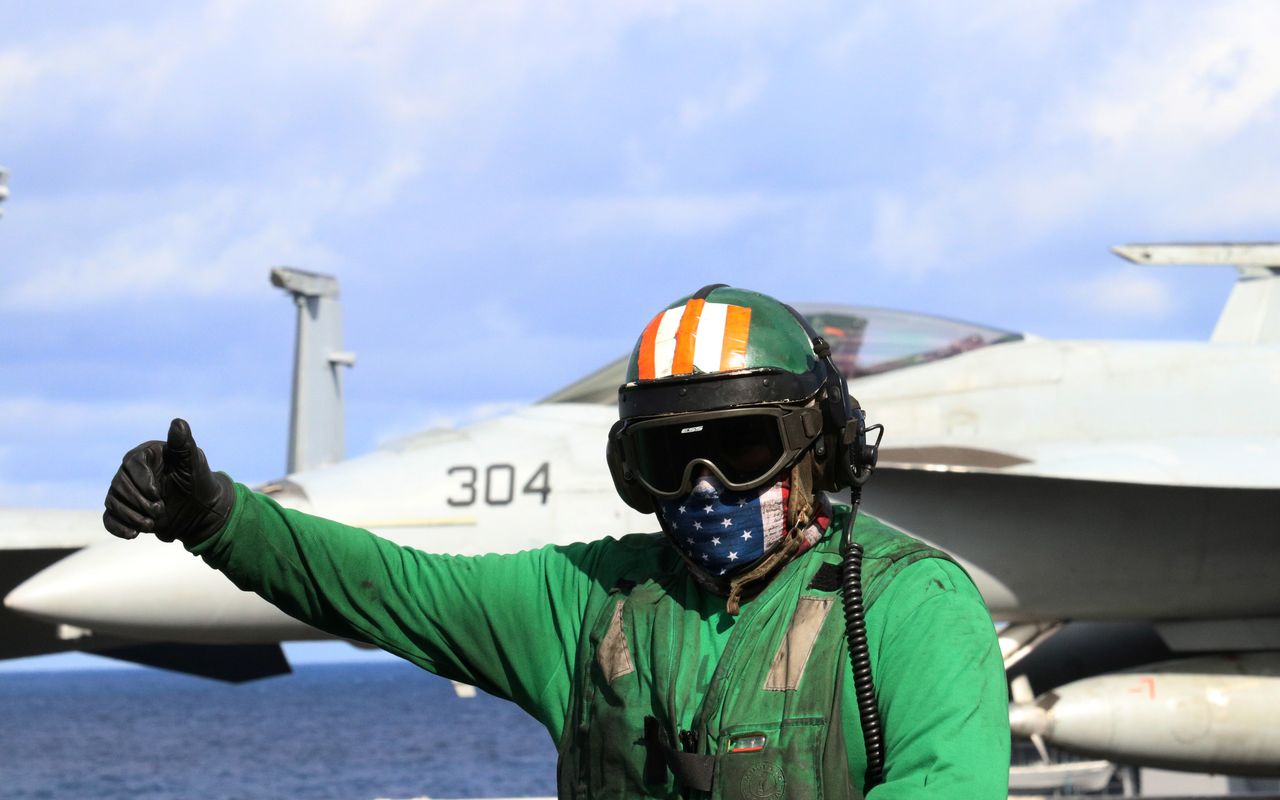