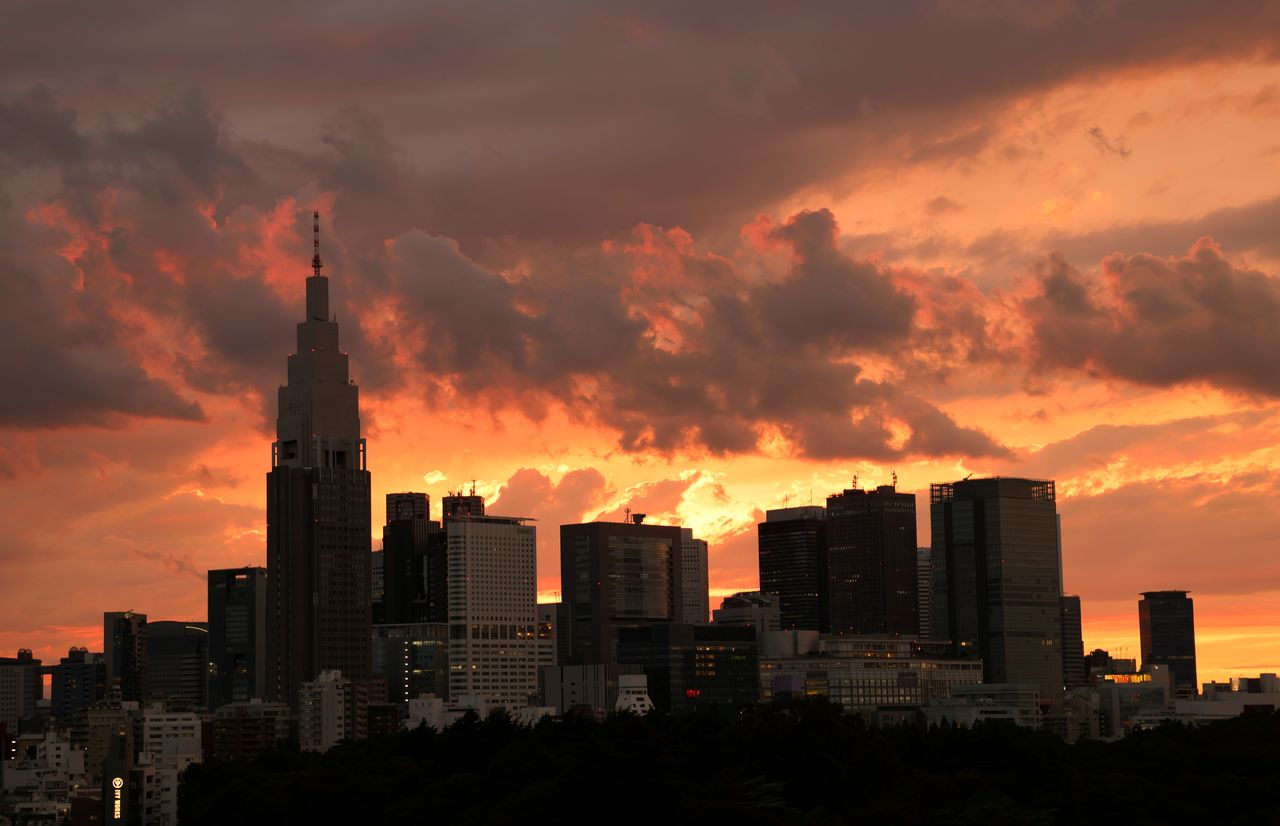 FILE PHOTO: A view of the skyline and buildings at Shinjuku district during sunset in Tokyo, Japan June 20, 2021. REUTERS/Pawel Kopczynski

TOKYO (Reuters) - Japanese companies raised spending on plant and equipment for the second straight quarter in July-September, but the pace of gains slowed as global supply shortages due to a resurgent coronavirus pandemic hit corporate activity.

Ministry of Finance (MOF) data out on Wednesday showed capital expenditure in the third quarter rose 1.2% from the same period last year.

It marked the second straight quarter of year-on-year gains, having posted a much larger 5.3% expansion in the second quarter.

"This outcome shows quite a substantial fall in economic activity due to the global impact of a spreading of coronavirus infections," said Takumi Tsunoda, senior economist at Shinkin Central Bank Research.

"While there's demand for capital spending, its progress was delayed. Due to parts shortages machines could not be produced," he said.

The data, which will be used to calculate revised gross domestic products (GDP) due next Wednesday, showed business spending, recurring profits and sales all declined from the previous quarter on a seasonally adjusted basis.

"Corporate expenditure rose compared to the same period in the previous year, but it fell from the prior quarter reflecting the spread of infections and growing uncertainty about the outlook," a government official said.

It comes after private-sector data showed Japan's manufacturing activity grew in November at the fastest pace in nearly four years. The government said on Tuesday factory production grew in October, raising hopes of a recovery fuelled by stronger car output.

A preliminary estimate found the economy shrank an annualised 3.0% in July-September amid a resurgence of coronavirus infections.

Tsunoda said the capital expenditure component of the revised third-quarter GDP figures was likely to be downgraded.

Capital expenditure, however, lost 2.6% in July-September from the previous quarter on a seasonally-adjusted basis, the MOF data showed.

Corporate recurring profits rose 35.1% in July-September from a year earlier, while sales were up 4.6%.