By Promit Mukherjee and Trevor Hunnicutt

JOHANNESBURG/WASHINGTON (Reuters) - Heavily mutated Omicron is rapidly becoming the dominant variant of the coronavirus in South Africa less than four weeks after it was first detected there, and the United States on Wednesday became the latest country to identify an Omicron case within its borders.

The first known U.S. case https://www.reuters.com/business/healthcare-pharmaceuticals/us-reports-first-case-omicron-variant-2021-12-01 was a fully vaccinated person in California who returned to the United States from South Africa on Nov. 22 and tested positive seven days later.

The person had mild symptoms and was in self-quarantine, Dr. Anthony Fauci, the top U.S. infectious disease official, told reporters at the White House.

Late on Tuesday, airlines in the United States were told https://www.reuters.com/world/us/exclusive-us-orders-airlines-disclose-passengers-who-have-been-southern-africa-2021-12-01 to hand over the names of passengers arriving from parts of southern Africa hit by Omicron, according to a U.S. Centers for Disease Control and Prevention letter seen by Reuters.

Key questions remain about the new variant, which has been found in two dozen countries, including Spain, Canada, Britain, Austria and Portugal. The UAE reported its first case on Wednesday, the second Gulf country after Saudi Arabia.

Early indications suggesting Omicron may be markedly more contagious than previous variants have rattled financial markets, fearful that new restrictions could choke off a tentative recovery from the economic ravages of the pandemic.

It said 74% of all the virus genomes it had sequenced last month had been of the new variant, which was first found in a sample taken on Nov. 8 in Gauteng, South Africa's most populous province.

The number of new cases reported in South Africa doubled from Tuesday to Wednesday.

World Health Organization (WHO) epidemiologist Maria van Kerkhove told a briefing that data on how contagious Omicron was should be available "within days."

BioNTech's CEO said the vaccine it makes in a partnership with Pfizer was likely to offer strong protection against severe disease from Omicron.

'PREPARE FOR THE WORST'

The president of the European Union's executive body said there was a "race against time" to stave off the new variant while scientists establish how dangerous it is. The EU brought forward the start of its vaccine rollout for 5-to-11-year-olds by a week to Dec. 13.

"Prepare for the worst, hope for the best," Ursula von der Leyen, president of the European Commission, told a news conference.

She said that full vaccination and a booster shot provided the strongest possible protection, according to scientists - a view echoed by Fauci.

But WHO emergencies director Mike Ryan criticized developed countries pushing booster shots for large parts of their fully vaccinated populations when vulnerable people in many poorer regions have had no vaccination at all.

"There is no evidence that I'm aware of that will suggest that boosting the entire population is going to necessarily provide any greater protection for otherwise healthy individuals against hospitalization or death," he said.

Britain and the United States have both expanded their booster programs in response to the new variant.

The WHO has noted many times that the coronavirus will keep producing new variants for as long as it is allowed to circulate freely in large unvaccinated https://www.reuters.com/world/vaccine-coverage-below-10-seven-eastern-mediterranean-nations-who-2021-12-01 populations.

Some 56 countries were reportedly implementing travel measures to guard against Omicron as of Nov. 28, the WHO said.

"Blanket travel bans will not prevent the international spread and they place a heavy burden on lives and livelihoods," the WHO said https://www.reuters.com/business/healthcare-pharmaceuticals/officials-offer-vaccine-reassurance-who-advises-against-travel-bans-2021-11-30, while advising those who were unwell, at risk, or 60 years and over and unvaccinated to postpone travel.

The United States has barred nearly all foreigners who have been in one of eight southern African countries.

Hong Kong added Japan, Portugal and Sweden to its travel restrictions. Malaysia temporarily barred travelers from eight African countries and said Britain and the Netherlands could join the list.

Fitch Ratings said it lowered its global air passenger traffic forecasts for 2021 and 2022.

"It feels a little bit like we are back to where we were a year ago," said Deidre Fulton, a partner at consultancy MIDAS Aviation, at an industry webinar https://www.reuters.com/business/aerospace-defense/global-airlines-prepare-omicron-induced-volatility-2021-12-01. "And that's not a great prospect for the industry and beyond."

Fauci said it could take two weeks or more to gain insight into how easily the variant spreads from person to person, how severe the disease is that it causes, and whether it can bypass the protections provided by the vaccines currently available.

"We don't have enough information right now," said Fauci, adding that the variant's molecular profile "suggests that it might be more transmissible, and that it might elude some of the protection of vaccines. ... We have to be prepared that there's going to be a diminution in protection." 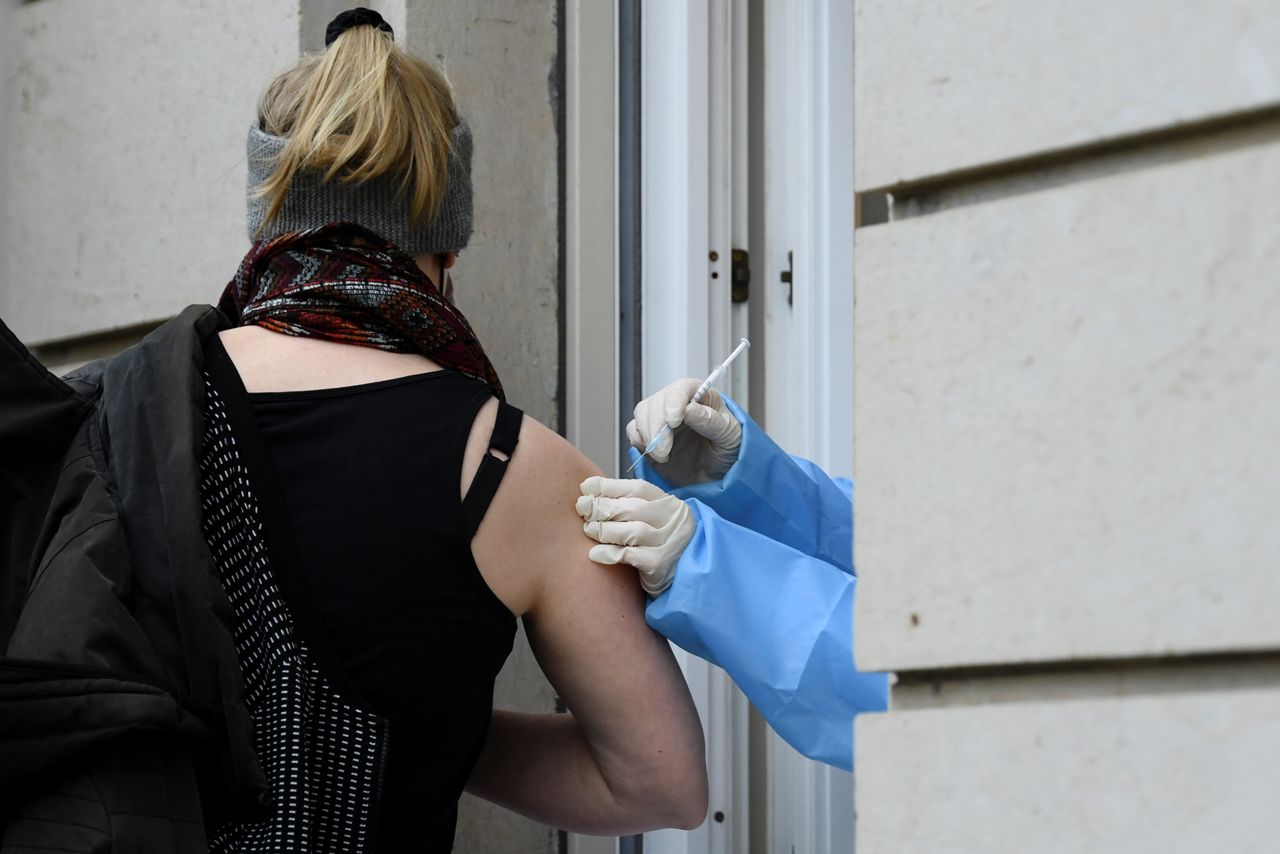 A woman gets vaccinated against the coronavirus disease (COVID-19) through a window outside a doctor's practice, in the district of Friedrichshain, Berlin, Germany December 1, 2021. REUTERS/Annegret Hilse 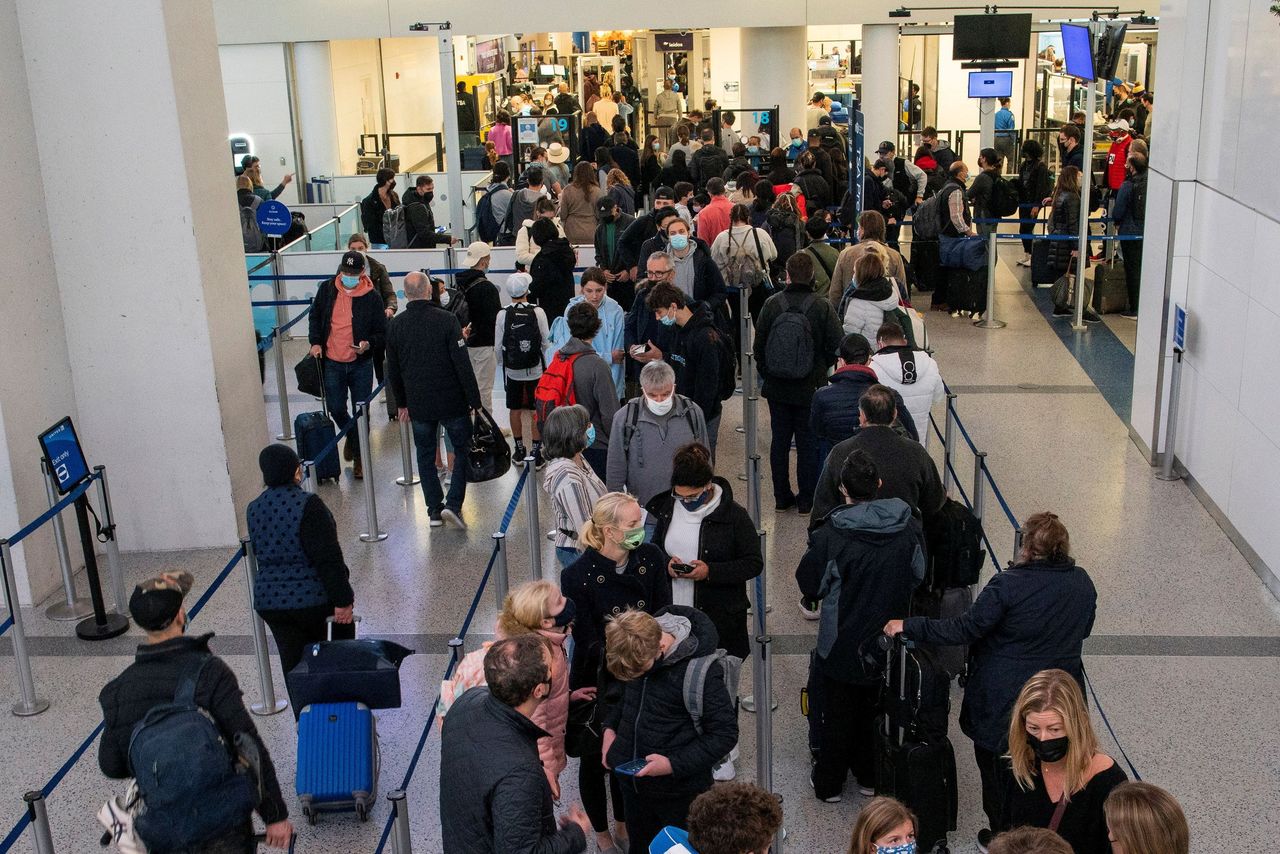 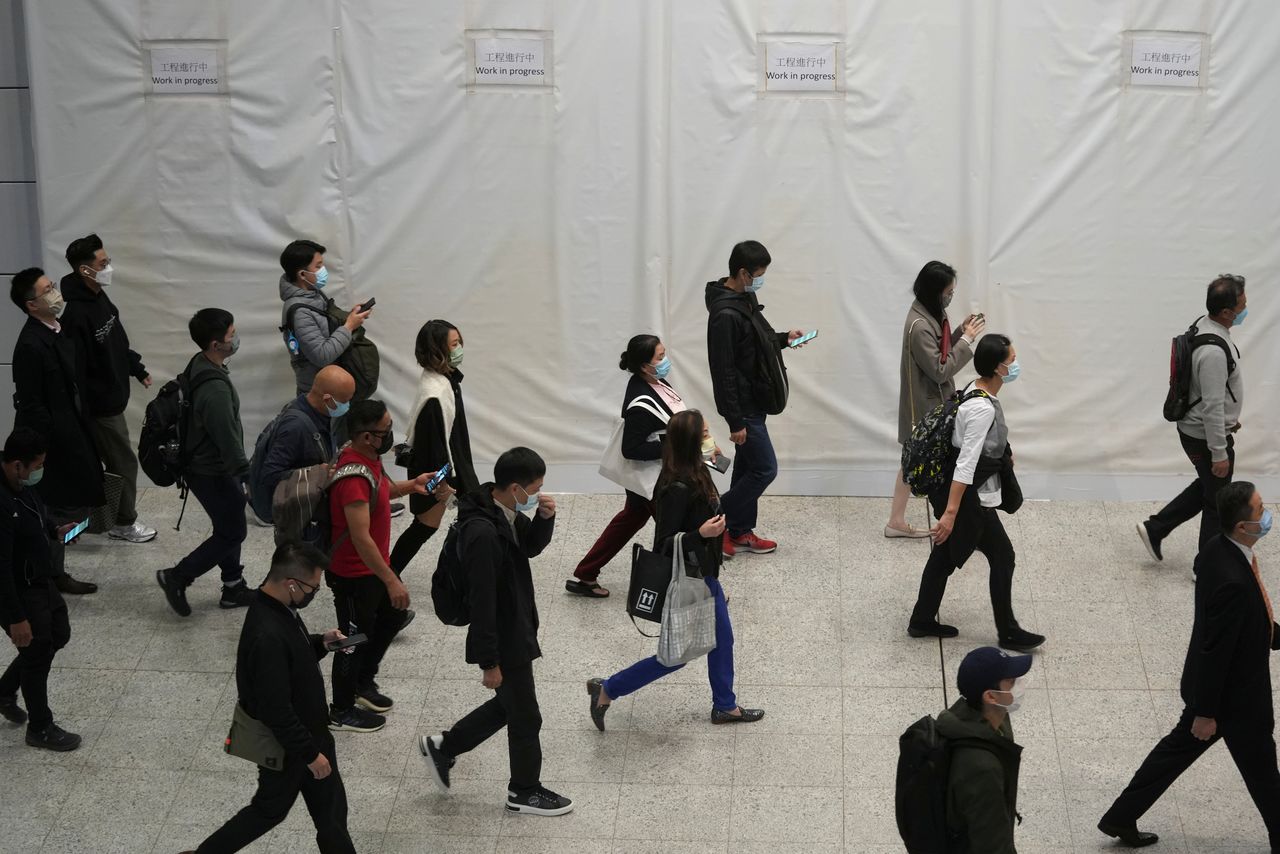 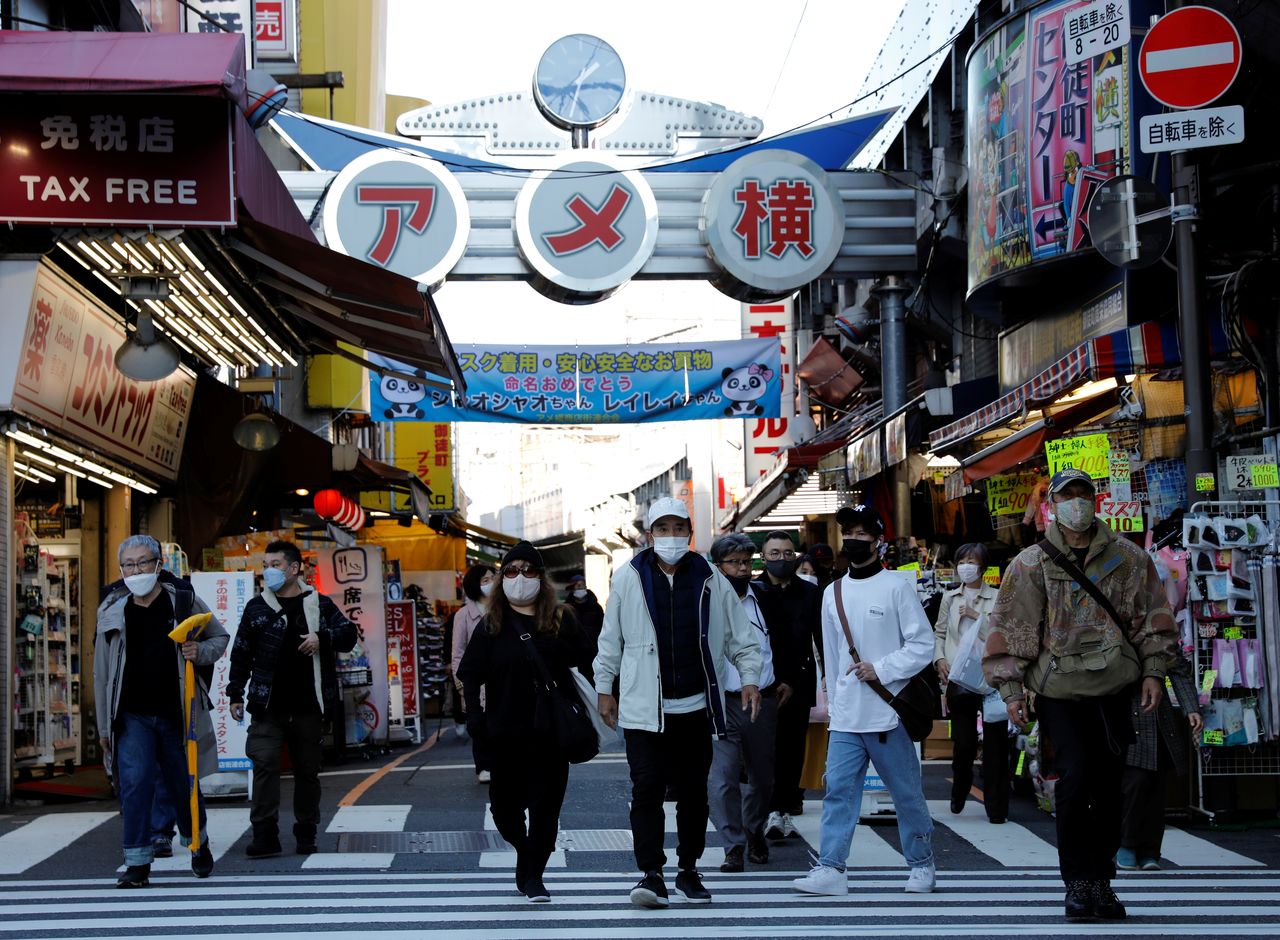 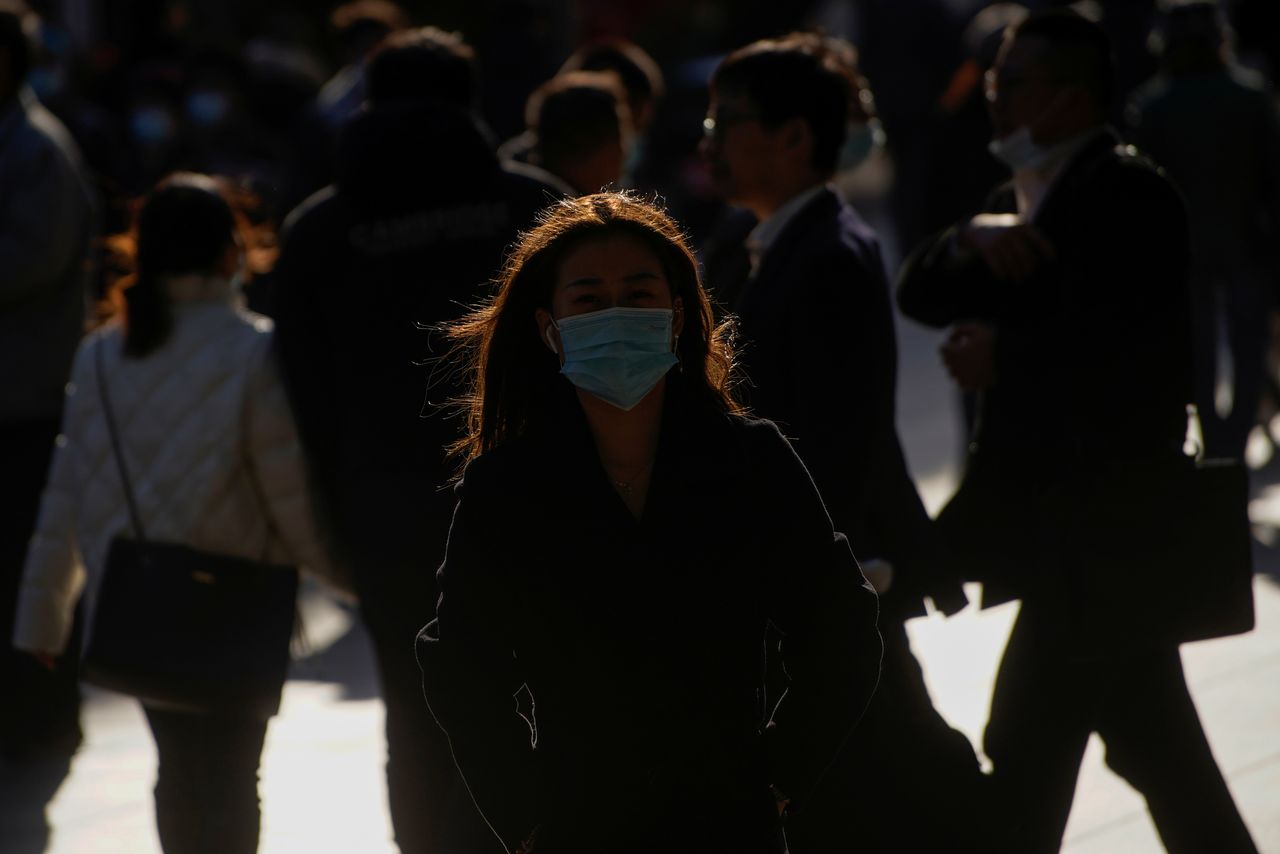 A woman wearing a protective mask walks on a street, following the new cases of the coronavirus disease (COVID-19), in Shanghai, China, December 1, 2021. REUTERS/Aly Song 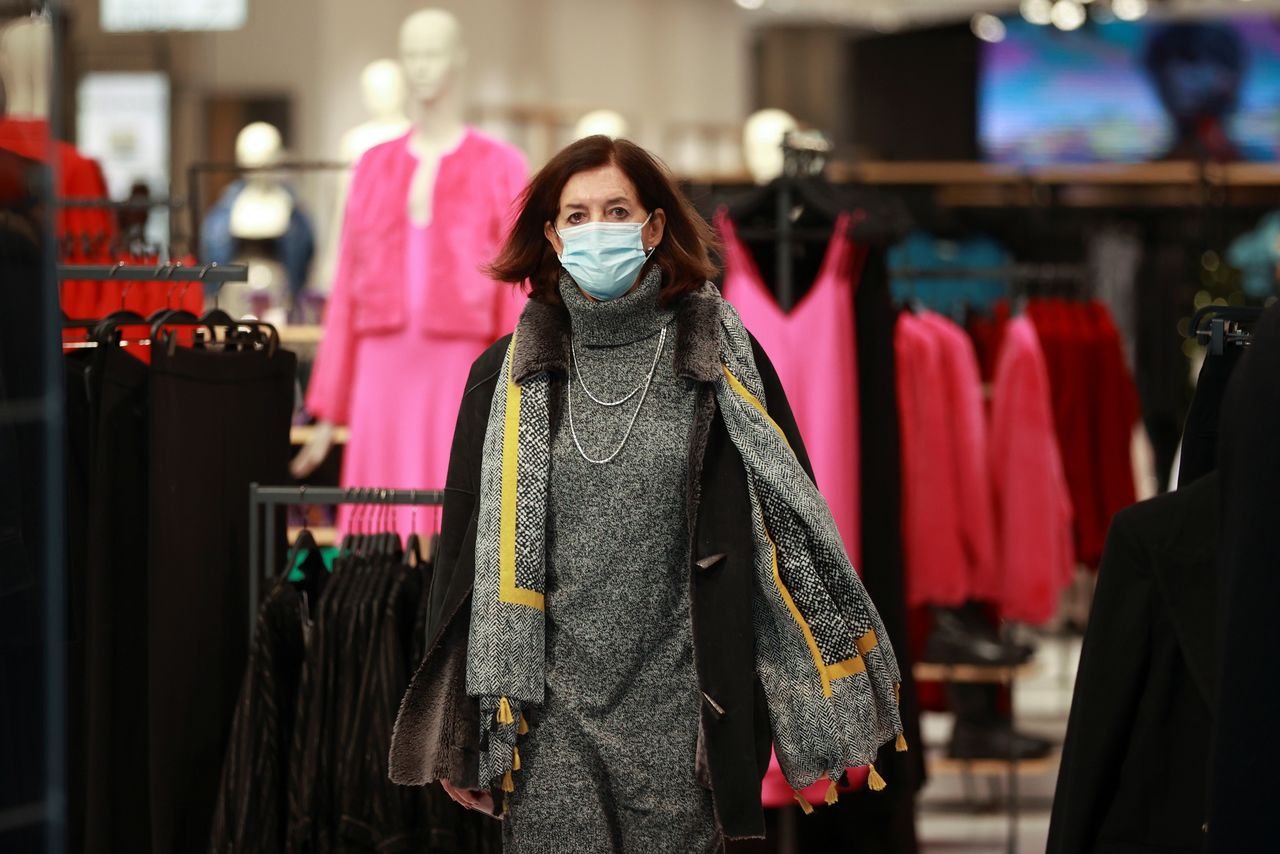 A person wearing a face mask shops, as the spread of the coronavirus disease (COVID-19) continues in London, Britain, November 30, 2021. REUTERS/Hannah McKay