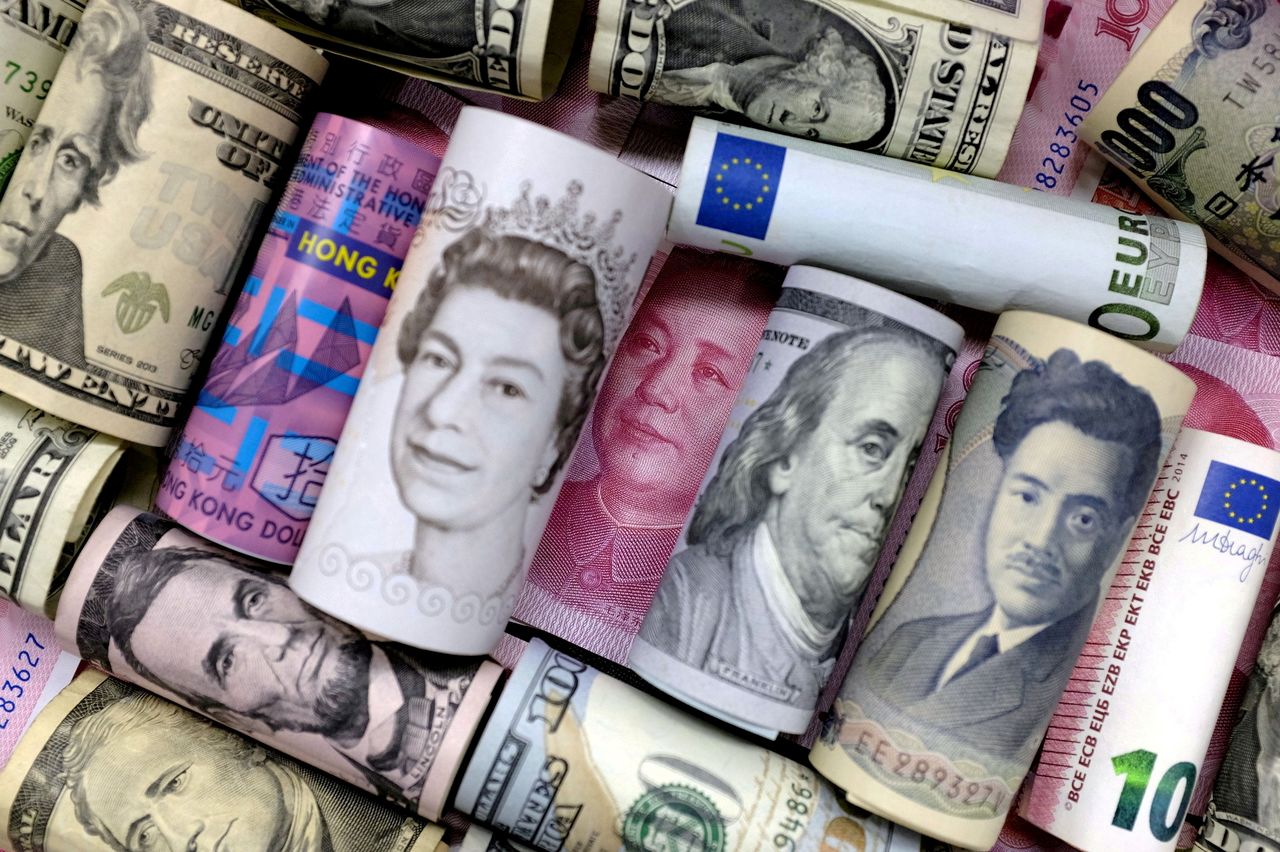 NEW YORK (Reuters) - The U.S. dollar recovered from a loss on Wednesday after reports the Omicron coronavirus variant is spreading and oil prices turned down, hurting commodity currencies.

The dollar index against major currencies was up 01% in the afternoon in New York after having fallen 0.3% in the morning. The greenback gained against the dollars of Canada, Australia and New Zealand and against the euro and British pound.

"What you are seeing is a classic risk-off move in FX markets and that means the dollar outperforms against the commodity currencies," said Erik Bregar, an independent foreign exchange analyst.

The shifts underscored the hour-to-hour fragility of foreign exchange rates as traders weigh what the Omicron variant might do to plans that Federal Reserve Chair Jerome Powell signaled on Tuesday to move more quickly to raise U.S. interest rates.

The variant is becoming dominant in South Africa and has appeared in the United States.

The dollar's rebound started as a report from the Institute for Supply Management came out showing that U.S. manufacturing activity picked up in November amid strong demand for goods, keeping inflation high as factories continued to struggle with pandemic-related shortages of raw materials.

"Friday's U.S. jobs data is the next big thing," he said.

The greenback is up nearly 7% this year. November was its strongest month since June.

The British pound, often considered a risk-on currency, fell back 0.2% against the dollar after having been up 0.4%. The pound is struggling to recover after reaching its lowest level in nearly a year earlier this week on fears over vaccine effectiveness against the Omicron variant.

Prior to the tailspin caused by Omicron's advent, the main driver of exchange rates had been expectations of the different speeds at which central banks will raise interest rates.