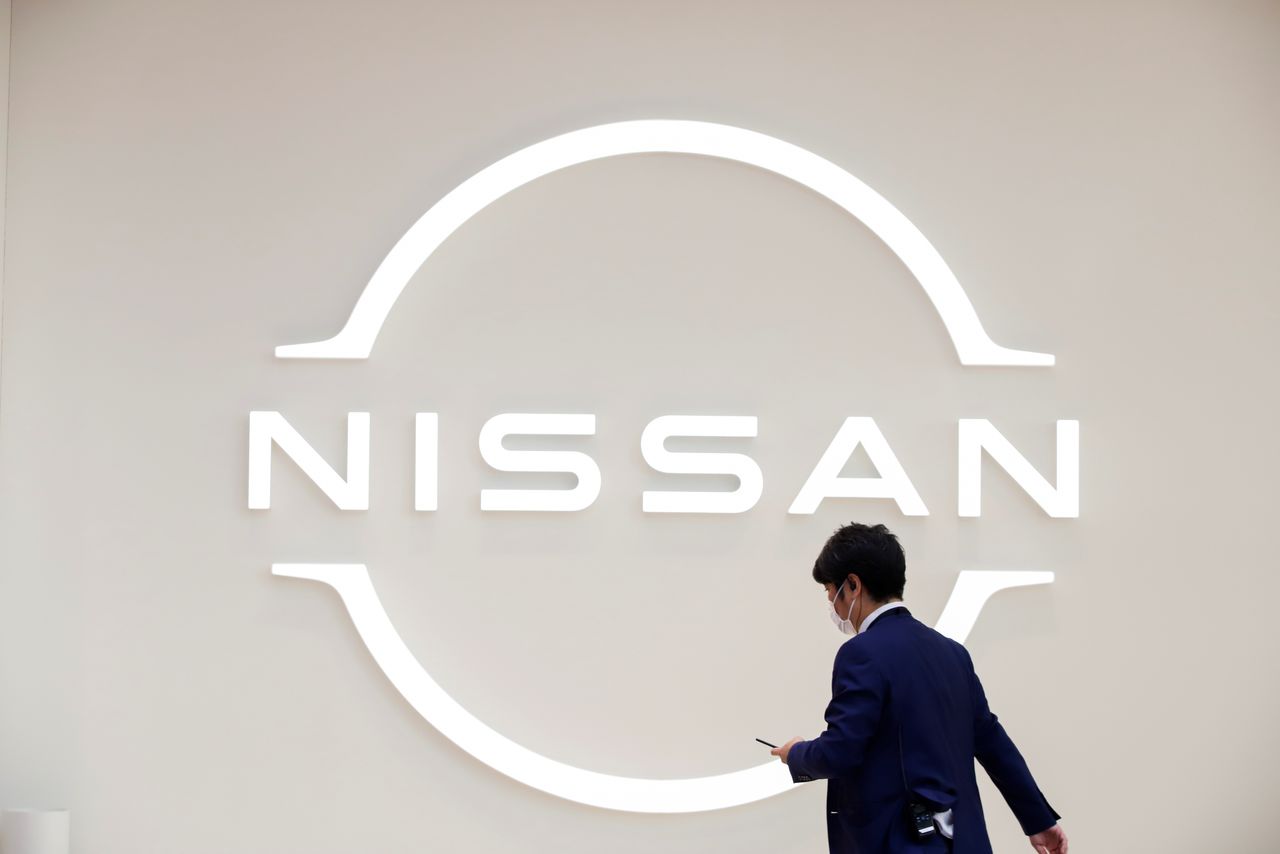 FILE PHOTO: A man walks in front of the Nissan logo at Nissan Gallery in Yokohama, Japan November 29, 2021. REUTERS/Androniki Christodoulou

LONDON (Reuters) - Japanese carmaker Nissan said on Wednesday it has received planning permission to build a 20-megawatt solar farm at its plant in northeast England that should generate enough power to build every fully electric Leaf car sold in Europe.

Nissan said construction will begin immediately and be completed by May 2022. The new solar farm will double the amount of renewable electricity generated at Nissan's Sunderland plant to 20% of its needs.

In July, Nissan said it would spend 1 billion pounds ($1.33 billion) with its Chinese partner Envision AESC to build a battery plant that will power 100,000 vehicles a year, including a new crossover model.

Earlier this week, Nissan said it will spend 2 trillion yen ($17.64 billion) over five years to accelerate vehicle electrification to catch up with competitors in one of the fastest growth areas for car makers.