Athletics-Warholm says world title defence will be tougher than ever 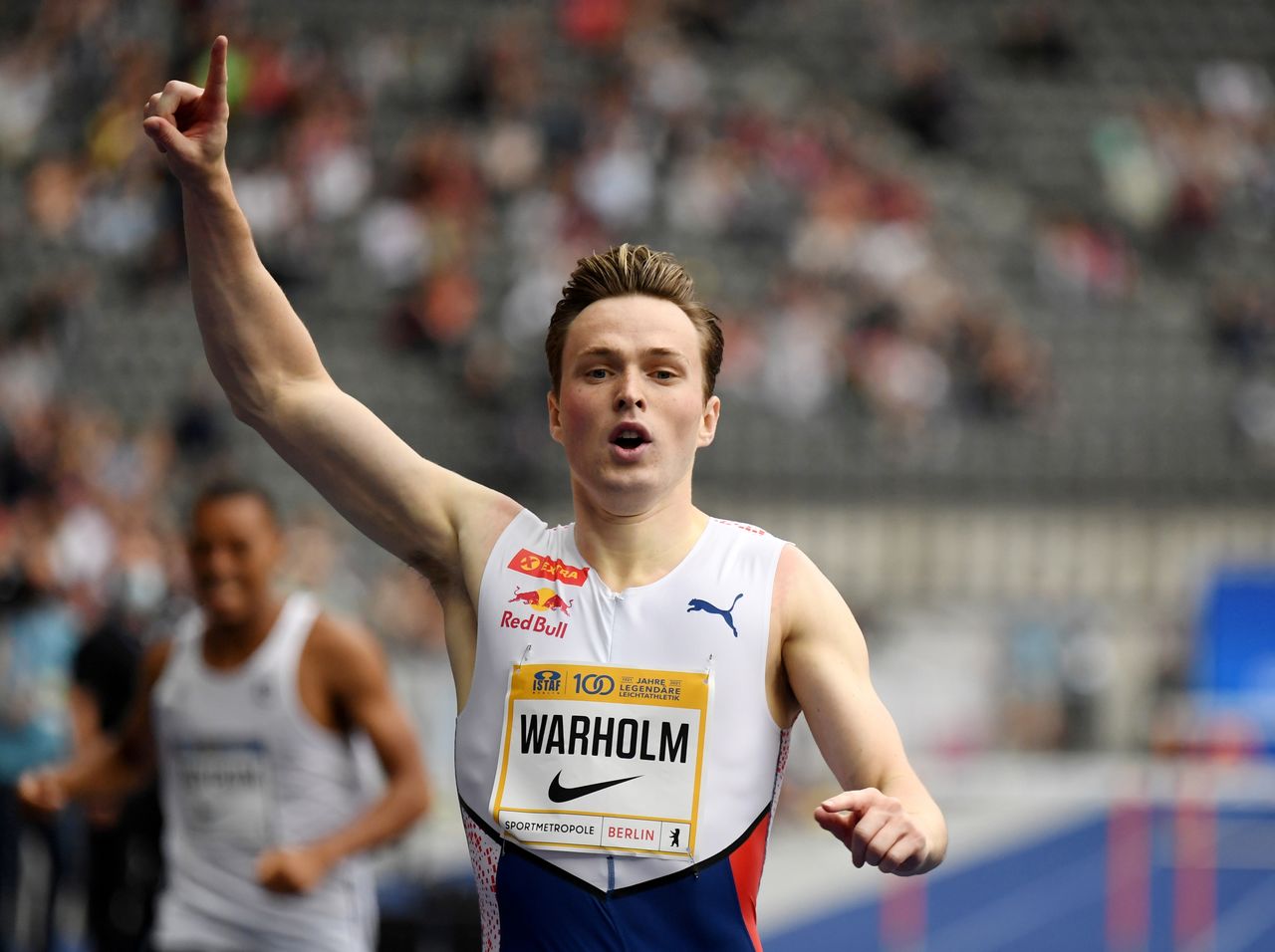 (Reuters) - The fierce rivalry between Norwegian Karsten Warholm, named male athlete of the year on Wednesday, and Rai Benjamin of the United States is showing no sign of slowing down.

Warholm dominated the 400 metres hurdles in an incredible year in which he twice broke the world record and took Olympic gold in one of the greatest races of all time.

Yet he said on Wednesday that defending his two back-to-back world titles in Eugene, Oregon, in July will present a formidable challenge.

"I obviously want to keep the title but it’s probably tougher than ever," said Warholm, after accepting the World Athletics award for male athlete of the year.

"My competitors, they really want my place now and I can’t blame them, it’s very nice being on top... I need to be very good because the other guys are probably more motivated than ever."

Warholm and Benjamin put on one of the Tokyo Games' most dazzling displays, when the Norwegian destroyed his own world record of 46.70 seconds to take the gold in 45.94, while Benjamin was left in shock and disbelief after settling for silver despite running 46.17.

"It's going to be very tough to break the world record and both for me and for anybody trying - 45.94, I think that's a whole new level for the event. Not trying to brag here," he told reporters.