By Anshuman Daga and Aradhana Aravindan

"The price makes no difference to me. I'm going to celebrate tonight and get back to work tomorrow," Chief Executive Anthony Tan told Reuters just after the shares started trading.

The backdoor listing on Nasdaq marks the high point for the nine-year-old Singapore company that began as a ride-hailing app and now operates across 465 cities in eight countries, offering food deliveries, payments, insurance and investment products.

Grab kicked off the biggest U.S. listing by a Southeast Asian company with a bell-ringing event in Singapore, hosted by Nasdaq and Grab's executives.

The event was attended by about 250 people including its investors, drivers, merchants and employees, with many dressed in the company's signature green.

Thunderous handclaps reverberated in the hotel ballroom as an emotional Tan thanked them for putting Grab and Southeast Asia's tech economy on the global map.

CEO Tan and Tan Hooi Ling developed the company from an idea for a Harvard Business School venture competition in 2011. The two Tans are not related.

Grab's flotation "will provide a bigger cash buffer" to its "cash burn", S&P Global Ratings said in a note. But it said the company's "credit quality continues to be constrained by its loss-making operations, and free operating cash flows could be negative over the next 12 months."

GoTo plans a local IPO in 2022 after completing an expected $2 billion private fundraising, sources have told Reuters. A U.S. listing will follow the Jakarta offering.

"Longer term, we're really excited about Grab Financial Group," said Chris Conforti, partner at Altimeter Capital, referring to Grab's financial services unit. "I think the bell curve on that is much wider in terms of what the outcome could be, but it could be extremely large."

CEO Tan, 39, expanded Grab into a regional operation with a range of services, after launching it as a taxi app in Malaysia in 2012. It later moved its headquarters to Singapore.

"What we have shown to the world is that home grown tech companies can develop great technology that can compete globally, even when international players are in town," Tan told Reuters in an interview on Wednesday. "We can compete and win."

He will control 60.4% of voting rights along with Grab's co-founder, and president Ming Maa, but hold only a 3.3% stake with them.

Grab's listing brings a payday bonanza to early backers such as Japan's SoftBank and Chinese ride-hailing giant Didi Chuxing, which invested as early as 2014.

They were later joined by the likes of Toyota Motor Corp, Microsoft Corp and Japanese megabank MUFG. Uber became a Grab shareholder in 2018 after selling its Southeast Asian business to Grab following a five-year battle.

Third-quarter revenue fell 9% from a year earlier and its adjusted loss before interest, taxes, depreciation, and amortisation (EBITDA) widened 66% to $212 million. GMV in the quarter rose to a record $4 billion.

It aims to turn profitable on an EBITDA basis in 2023. 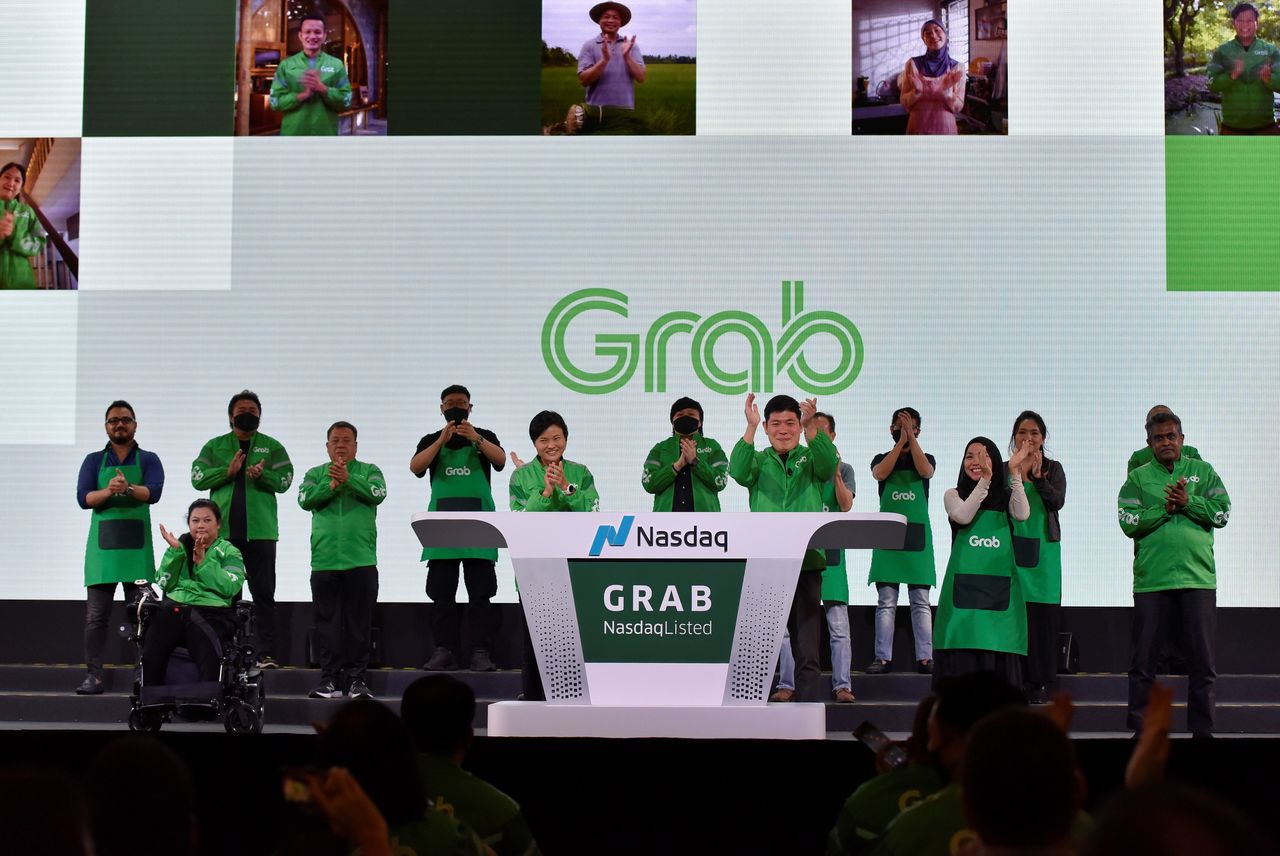 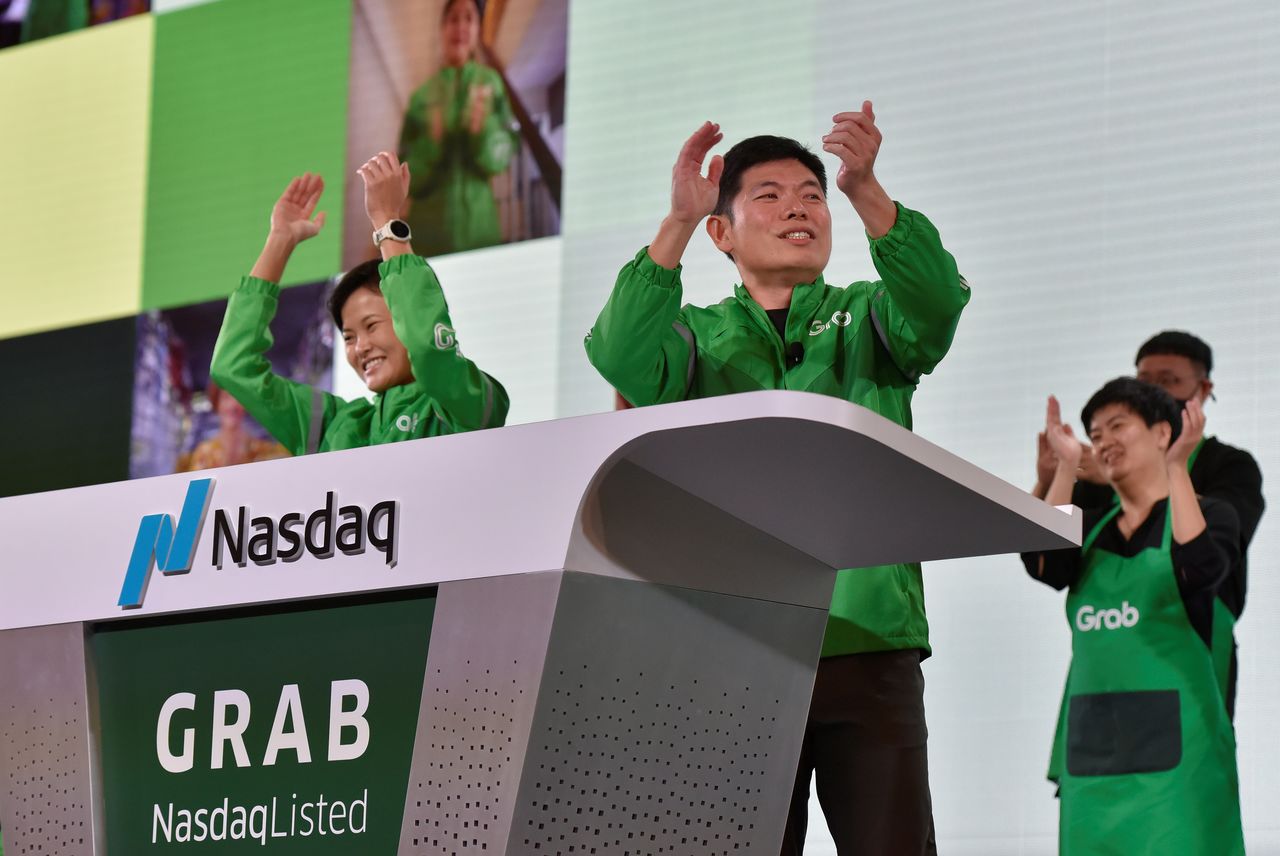 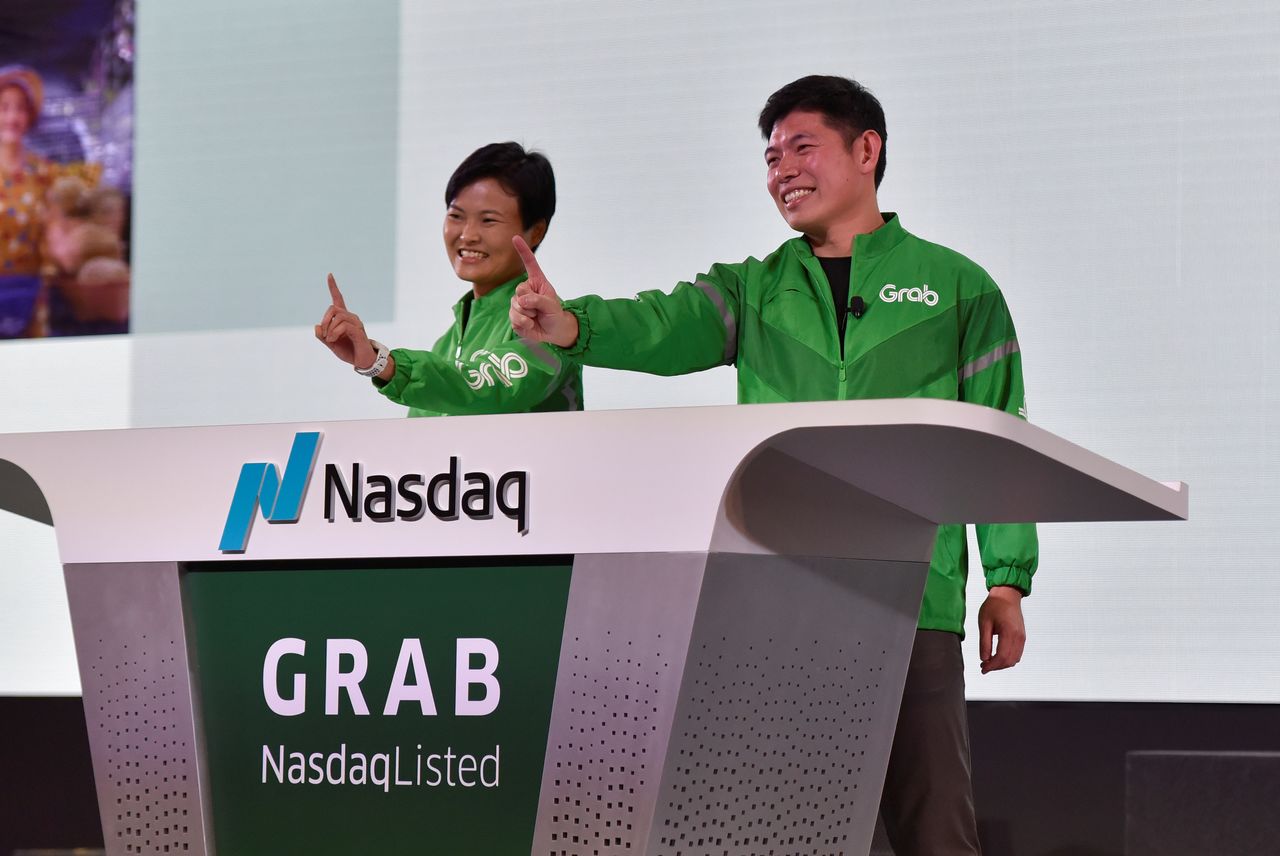 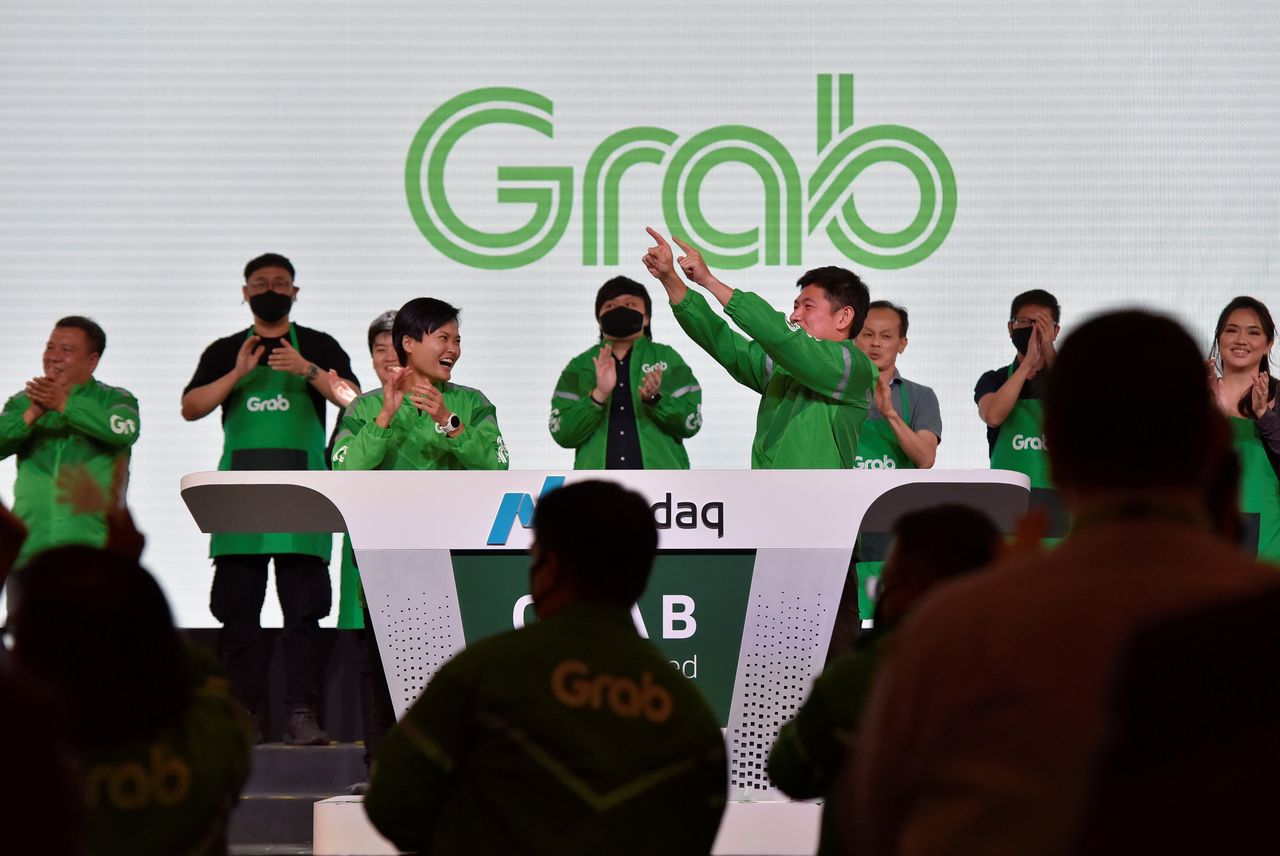