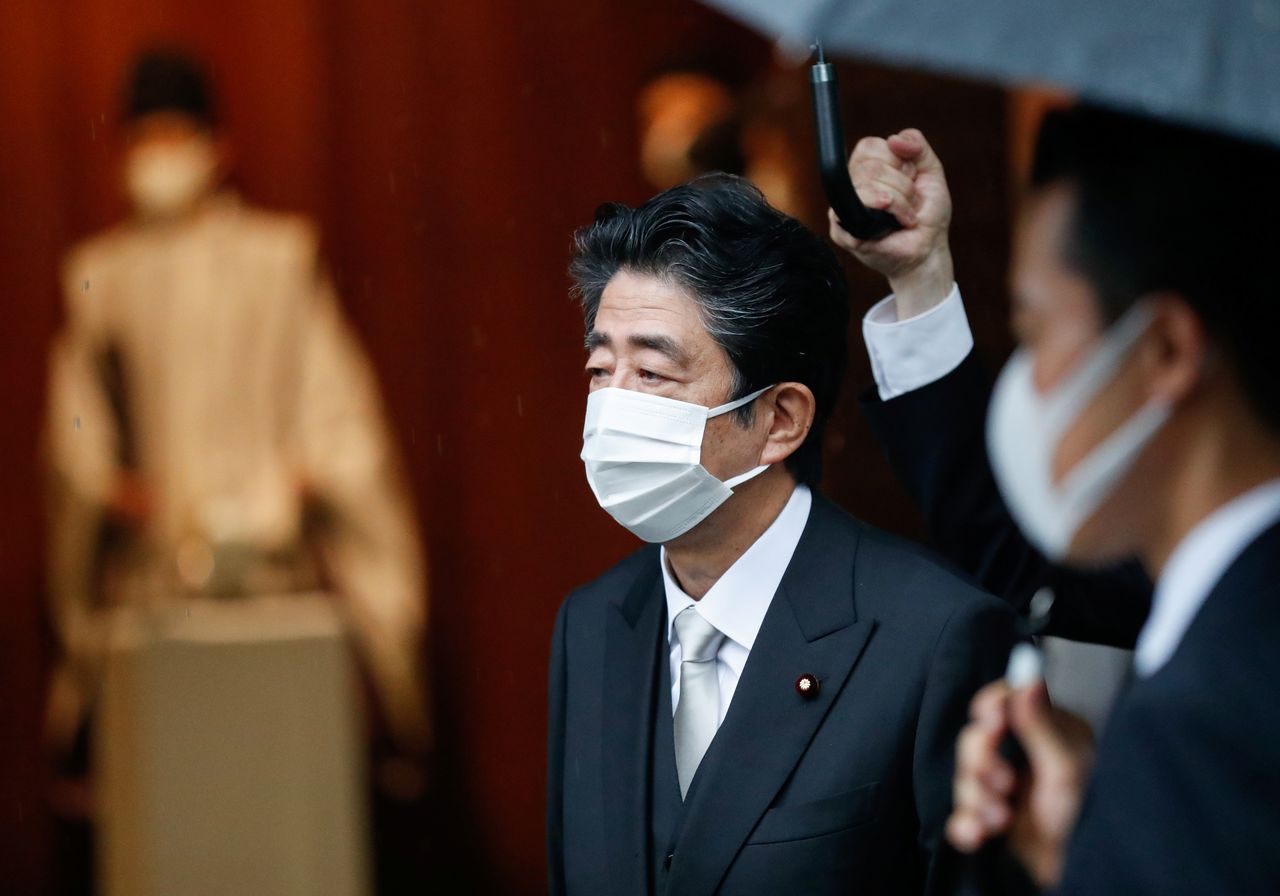 SHANGHAI (Reuters) -China's foreign ministry summoned Japan's ambassador in Beijing for an "emergency meeting" on Wednesday, after former Japanese Prime Minister Shinzo Abe said neither his country nor the United States could stand by if China attacked Taiwan.

Chinese Assistant Foreign Minister Hua Chunying called Abe's remarks "erroneous" and a violation of basic norms of relations between China and Japan in the meeting with ambassador Hideo Tarumi, according to a statement from China's Foreign Ministry.

"China is resolutely opposed to this," it said, adding Hua had made "stern representations" to Japan.

Asked about the summons at a regular press briefing in Tokyo on Thursday, Japan's chief cabinet secretary Hirokazu Matsuno said Japan disagreed with China's action as the Japanese government was not in a position to comment on remarks made by people not in the government.

"Ambassador Tarumi said ... it is necessary for China to understand there are people in Japan who have such opinions and Japan cannot accept China's one-sided views on such matters," Matsuno said.

On Wednesday, speaking https://www.reuters.com/world/asia-pacific/former-pm-abe-says-japan-us-could-not-stand-by-if-china-attacked-taiwan-2021-12-01 at a virtual forum organised by a Taiwanese think tank, Abe said an armed invasion of Taiwan would pose a grave danger to Japan.

Abe, who stepped down as prime minister last year, is head of the largest faction of the ruling Liberal Democratic Party and remains influential within the party.