U.S. steps up fight against Omicron as variant marches across globe

By Jeff Mason and Joseph Nasr

WASHINGTON/BERLIN (Reuters) -President Joe Biden on Thursday laid out his strategy to fight the coronavirus as the highly contagious Omicron spread across the globe with winter coming and hours after the first known U.S. case of community transmission of the variant was reported.

With authorities around the world scrambling to contain Omicron, Biden warned in no uncertain terms that infections will rise this winter.

"We're going to fight this variant with science and speed, not chaos and confusion," he said, speaking at the National Institutes of Health medical research facility in Maryland.

New York has found five cases of the Omicron coronavirus variant, its governor said, becoming the fourth U.S. state to detect the variant and bringing the total number of infections in the country to eight.

New York Governor Kathy Hochul told a news conference that one of the cases involved a 67-year-old Long Island woman with mild symptoms who had recently returned from South Africa.

The woman had some vaccination history but it was not yet known how many doses she had received. Further information was not yet available on the other four people, all New York City residents, Hochul said.

The other U.S. states that have found Omicron cases are California, Colorado and Minnesota, one in each state. In all three cases, the patients were fully vaccinated and developed mild symptoms.

In California and Colorado, the patients had recently returned from trips to southern Africa and had not gotten booster doses. The case in Minnesota is the first known community transmission https://www.reuters.com/world/us/omicron-covid-19-variant-case-identified-minnesota-2021-12-02 within the United States.

The patient in Minnesota had recently travelled to New York City for an anime convention, prompting the city to launch contact tracing to try to contain the spread.

“We are aware of a case of the Omicron variant identified in Minnesota that is associated with travel to a conference in New York City, and we should assume there is community spread of the variant in our city," New York City Mayor Bill de Blasio said ahead of Hochul's announcement.

Much remains unknown about Omicron, which was first detected in southern Africa last month and has been reported in at least two dozen countries, just as parts of Europe were already grappling with a wave of infections of the Delta variant.

Under Biden's plan, https://www.reuters.com/world/us/us-require-private-health-insurance-companies-cover-at-home-covid-19-tests-2021-12-02 the United States will require inbound international passengers to be tested for COVID-19 within one day of departure, regardless of vaccination status. Mask requirements on airplanes, trains and public transportation vehicles will be extended to March 18.

The U.S. government will require private health insurers to reimburse their 150 million customers for 100% of the cost of over-the-counter, at-home COVID-19 tests, administration officials said, and make 50 million more tests available free through rural clinics and health centers for the uninsured.

Less than 60% of the U.S. population, or 196 million people, have been fully vaccinated, one of the lowest rates among wealthy nations.

Fears about the Omicron variant have pounded financial markets and created doubts about the speed of the global economic recovery as the pandemic rages on. Shares fell on Thursday, and crude oil futures extended losses.

"There's a lot of uncertainty, but it could cause significant problems. We're still evaluating that," she said.

Eager to avoid derailing a fragile recovery of Europe's biggest economy, Germany had kept businesses open to the almost 69% of the population that is fully vaccinated as well as those with proof of having recovered from the virus.

But on Thursday, the country announced it would bar the unvaccinated from all but essential businesses such as grocery stores and pharmacies, while legislation to make vaccination mandatory will be drafted for early next year.

"We have understood that the situation is very serious," Chancellor Angela Merkel told a news conference.

A nationwide vaccination mandate could take effect from February 2022 after it is debated in the Bundestag and after guidance from Germany's Ethics Council, she said.

The European Union's public health agency said the variant could be responsible for more than half of all COVID infections in Europe within a few months.

A group of South African health bodies said on Thursday their latest findings indicated the variant posed a threefold higher risk of reinfection than the currently dominant Delta variant and the Beta strain.

The country also said it was seeing an increase in COVID-19 reinfections in patients contracting Omicron - with people who have already had the illness getting infected again - in a way that it did not see with other variants.

Global travel curbs accelerated on Thursday in response to the threat from Omicron.

In the Netherlands, health authorities called for pre-flight COVID-19 tests for all travel from outside the European Union, after it turned out that most of the passengers who tested positive after arriving on two flights from South Africa on Nov. 26 had been vaccinated.

Russia has imposed a two-week quarantine for travellers from some African countries including South Africa, the Interfax news agency said, quoting a senior official. Hong Kong extended a travel ban to more countries and Norway, among others, re-introduced travel restrictions.

Amid all the new restrictions, Europe's largest budget airline, Ryanair, said it expected a challenging time at Christmas, although it was still optimistic about summer demand. 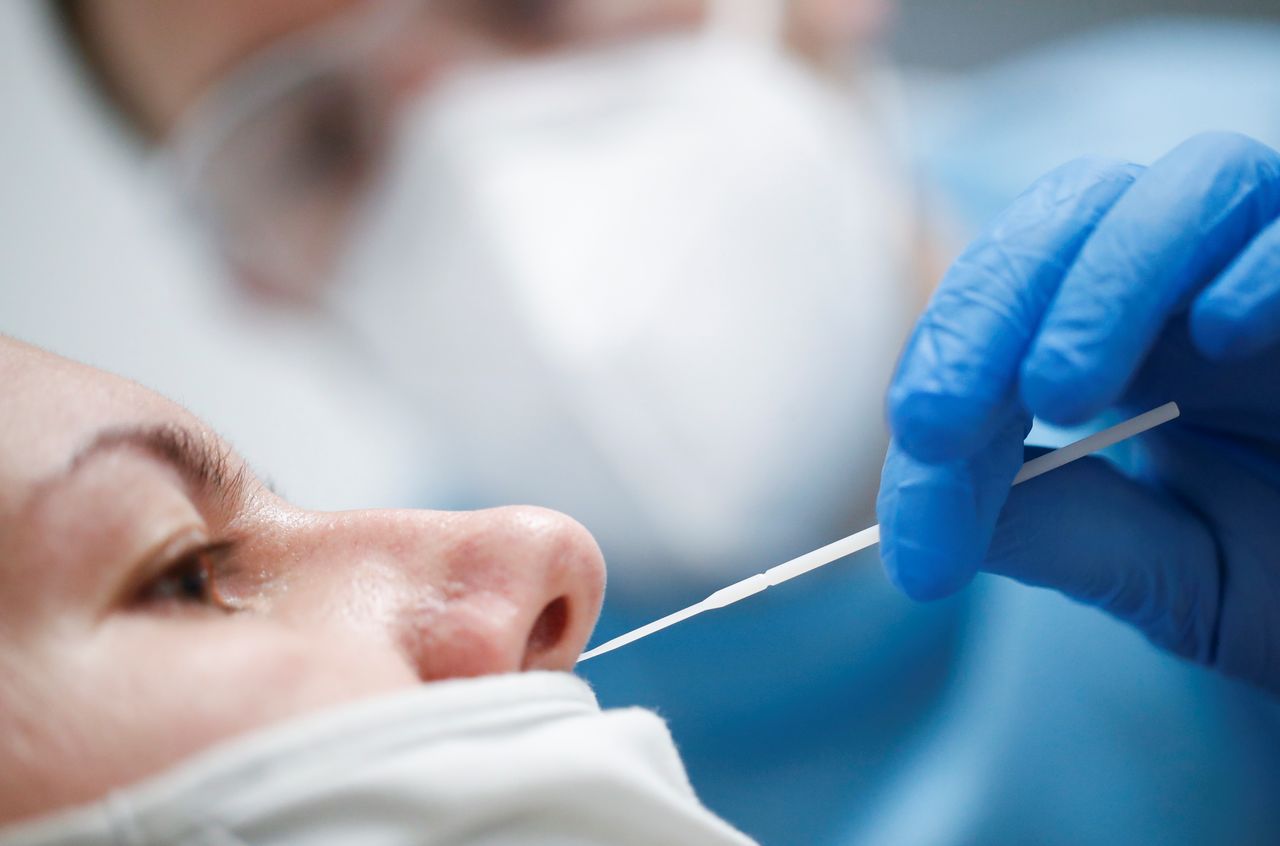 Francois, a medical worker, administers a nasal swab to a patient at a coronavirus disease (COVID-19) testing center in Noyal-Chatillon-sur-Seiche near Rennes, France, December 01, 2021. REUTERS/Stephane Mahe 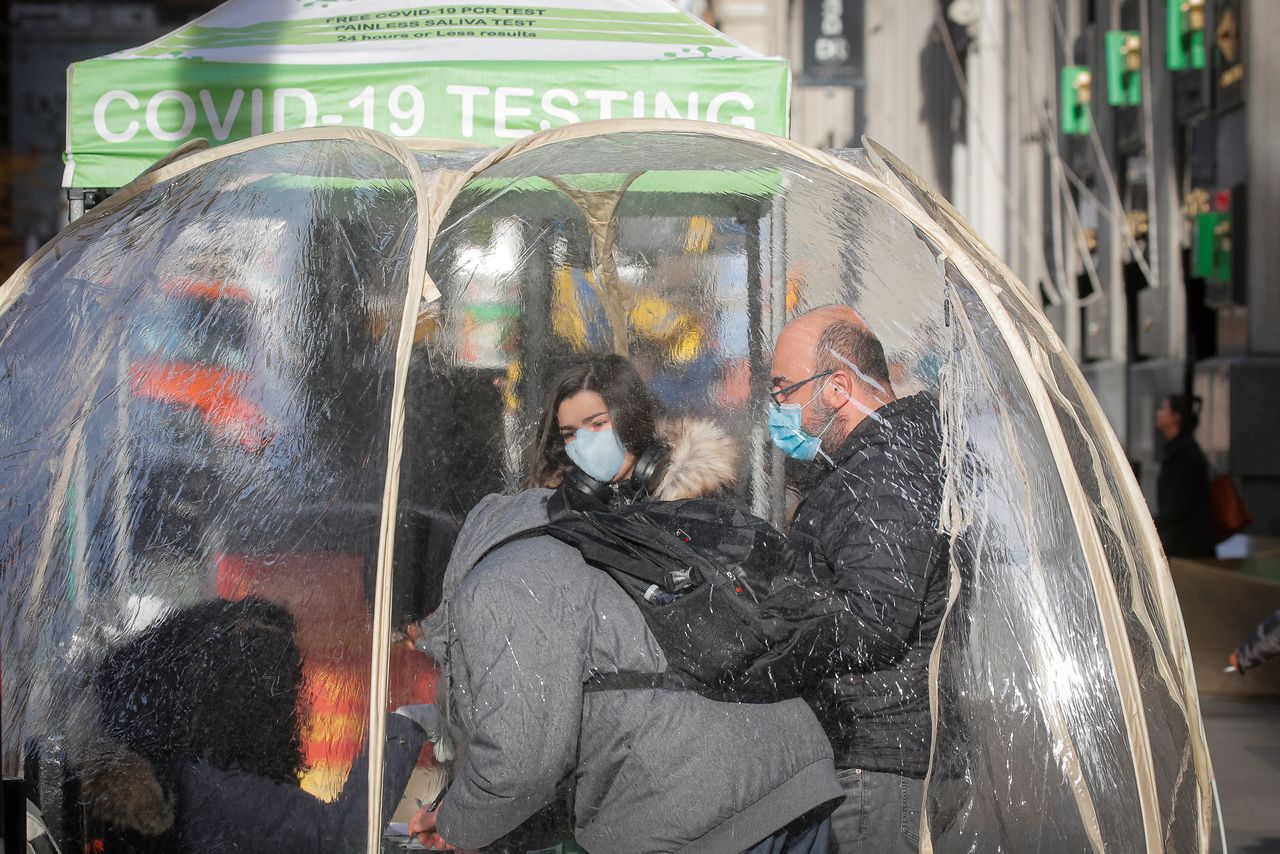 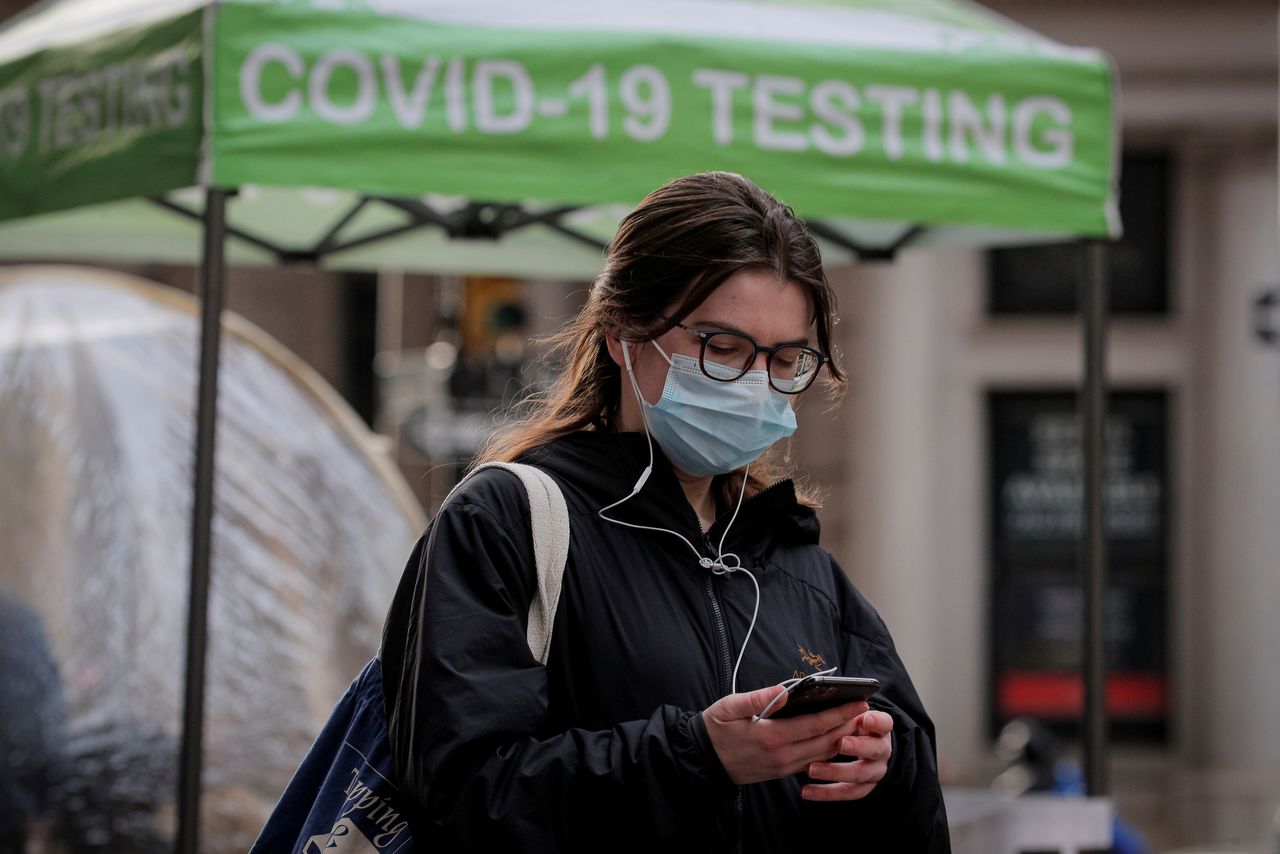