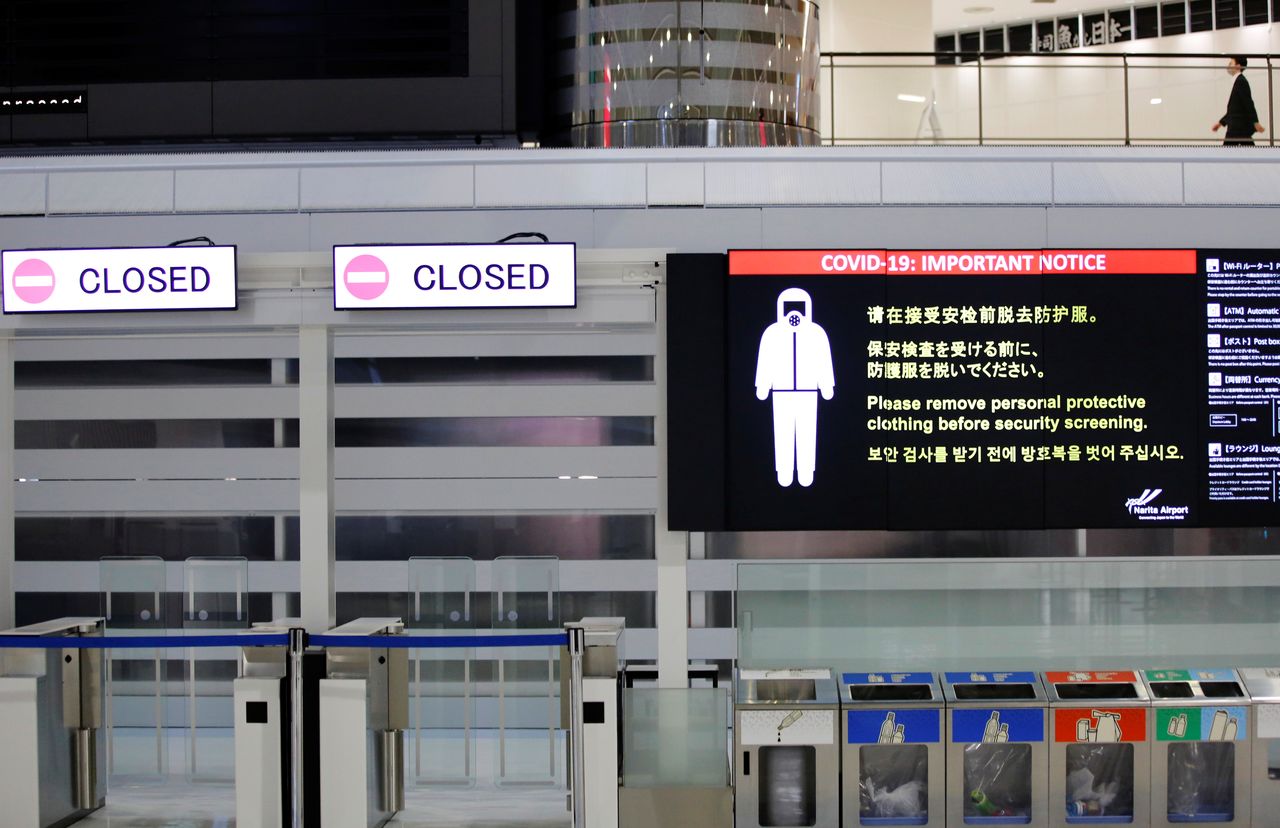 A notice about COVID-19 safety measures is pictured next to closed doors at a departure hall of Narita international airport on the first day of closed borders to prevent the spread of the new coronavirus Omicron variant in Narita, east of Tokyo, Japan, November 30, 2021. REUTERS/Kim Kyung-Hoon

TOKYO (Reuters) -Japan on Thursday reversed a ban on inbound flight reservations, revealing confusion between government agencies and the public over Prime Minister Fumio Kishida's strategy to keep out the Omicron coronavirus variant.

On Monday, Japan's aviation bureau told airlines not to accept new reservations for December because of Omicron, two cases of which have been found in the country, but the abrupt announcement provoked worries among those aiming to return for year-end holidays.

Kishida said the move caused confusion, and Chief Cabinet Secretary Hirokazu Matsuno added that the prime minister had asked the transport ministry, which oversees the airline industry, to keep in mind the needs of returning Japanese.

"I understand the transport ministry has cancelled its instruction for the blanket suspension of new reservations and asked airlines anew to give sufficient consideration to the needs of returning Japanese nationals," Matsuno told a regular news conference.

Airlines may take new reservations as long as the number of arrivals stays below a daily limit of 3,500, down from last month's figure of 5,000, a transport ministry official said.

The curbs on new flight reservations came to light on Wednesday.

On Thursday, transport minister Tetsuo Saito told reporters the aviation bureau had "responded speedily from the standpoint of emergency and prevention".

Later on Thursday, in a further tightening of rules, the Nikkei reported that the issuance of visas for special purposes, such as for athletes and musicians, was being temporarily suspended.

Earlier, the Japan Skating Federation said the prestigious figure skating Grand Prix final, a step on the road to the Winter Olympics that was scheduled for next week in the western city of Osaka, had been cancelled.