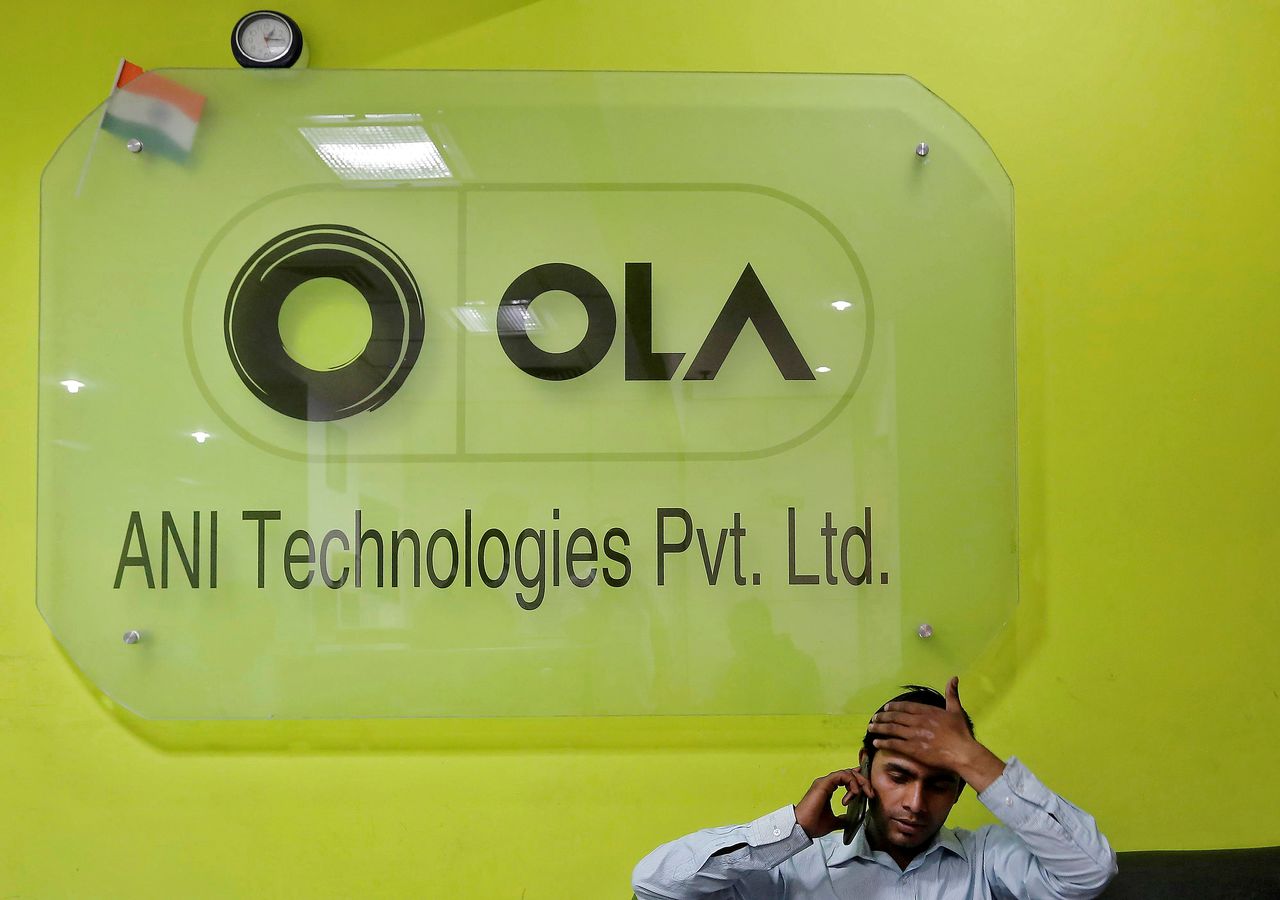 FILE PHOTO: An employee speaks over his phone as he sits at the front desk inside the office of Ola cab service in Gurugram, previously known as Gurgaon, on the outskirts of New Delhi, India, April 20, 2016. REUTERS/Anindito Mukherjee/File Photo

By Una Galani and Aditi Shah

(Reuters) -Indian ride-hailing company Ola plans to go public in the first half of 2022, Chief Executive Officer Bhavish Aggarwal said on Thursday, undeterred by the recent volatility and lackluster listing of some start-ups in the country.

Ola, backed by Japan's SoftBank Group, is also gearing up to create something of a "super app" with plans to broaden its services beyond mobility to include personal finance and micro insurance, Aggarwal told the Reuters Next conference.

"We are not a company that takes a short-term view on anything. Short-term, there might be volatilities in the market but that has never informed our decisions," said Aggarwal, who founded the company in 2010.

Indian companies have raised a staggering $9.7 billion through initial public offerings (IPOs) in the first nine months of 2021, according to accountants EY, but the dismal stock market debut of Indian digital payments firm Paytm last month has caused worries among some bankers.

Ola, which has a majority share of India's ride-hailing market, where it competes with Uber Technologies, has plans to raise up to $1 billion through an IPO.

While Ola's finances have bounced back in recent months, Aggarwal said the company was working to improve them further after they were hit by the COVID-19 pandemic.

"Our vision for the Ola business is to be a large, broad-based mobility platform," Aggarwal said, adding that the Ola app already allows its 150 million customers to buy and sell new and used cars, and avail vehicle finance and insurance.

He said he wanted to expand the offering and plans to leverage the customer base to offer personal finance services and micro insurance, moving towards a super app.

Aggarwal also plans to list Ola's separate electric vehicle business in the future, and is currently building it out starting with its electric scooters, for which it has received 1 million reservations, he said.

It plans to launch an electric car in 2023 and is looking at setting up local battery cell manufacturing.

The company has come under criticism for delays in its scooter deliveries, but Aggarwal said those were caused by the global semiconductor shortage and first deliveries were on track for Dec. 15.

"Our ambitions in electrification are to make India the global electric vehicle hub," he said.

Aggarwal said that while companies like Tesla are leading the way in building vehicles more suited for Western markets, India can lead in the area of small cars, scooters and motorbikes for which global demand is higher.