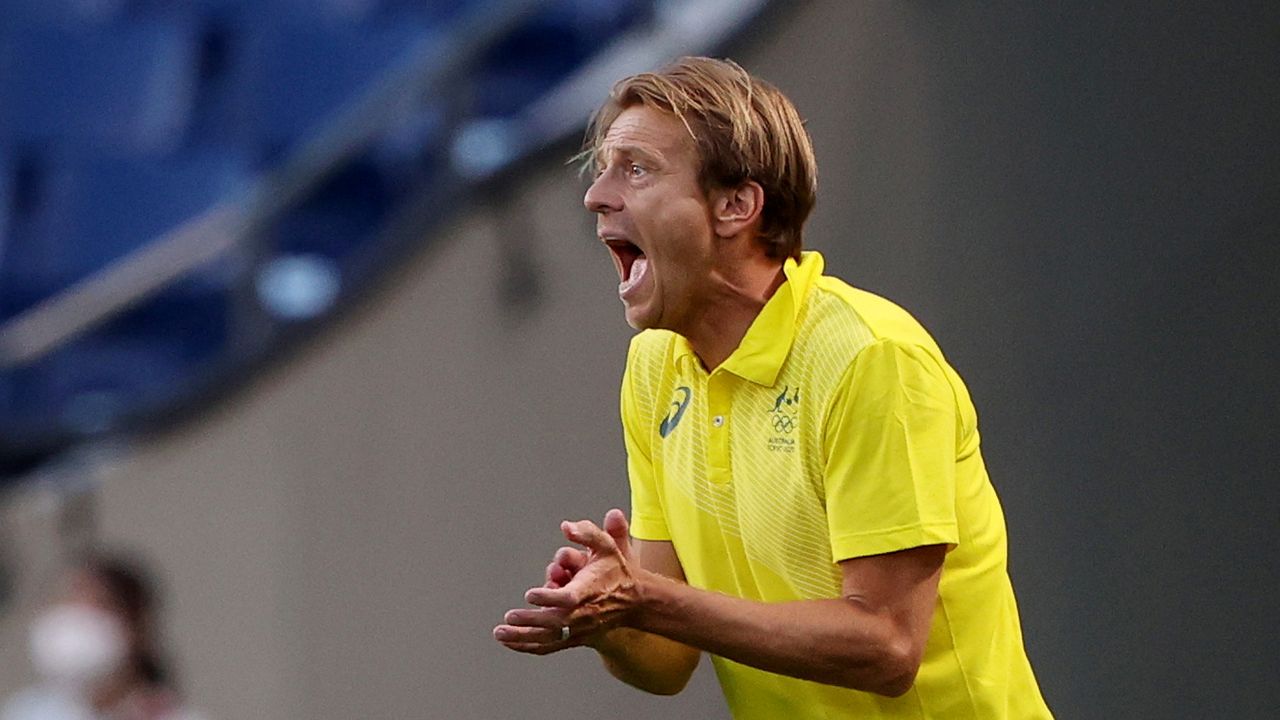 Gustavsson guided Australia to the Olympic semi-finals in Tokyo, their best result at the Games, but the Swede has been under fire after a 3-0 thrashing and 1-1 draw in the two-match series against an under-strength U.S. team.

"I don’t have any concerns whatsoever,” Johnson told Australian media in Sydney on Thursday.

"The reason we are playing those top 10 teams is not to get bums on seats, not only because of that. It’s because we are trying to test the team ...against a top opposition and that’s something we don’t want to change.

Gustavsson has managed only three wins since taking charge this year and only one from the Matildas' five matches since the Olympics, raising alarm bells less than two years before Australia co-hosts the 2023 World Cup with New Zealand.

The team's leaky defence has proved a major concern, with the 0-0 draw against the U.S. at the Olympics their last clean sheet.

Johnson said Australia would be better for their tough buildup at the Asian Cup in India in January-February.

"I think the facts support our performance in the major tournaments to date but let's see in the Asian Cup because we are going there to win it," he said.

"I think ...we'll be hardened by that match schedule, just as we saw when we lost games in the lead-up to Tokyo."

(Reporting by Ian Ransom in Melbourne; editing by John Stonestreet)