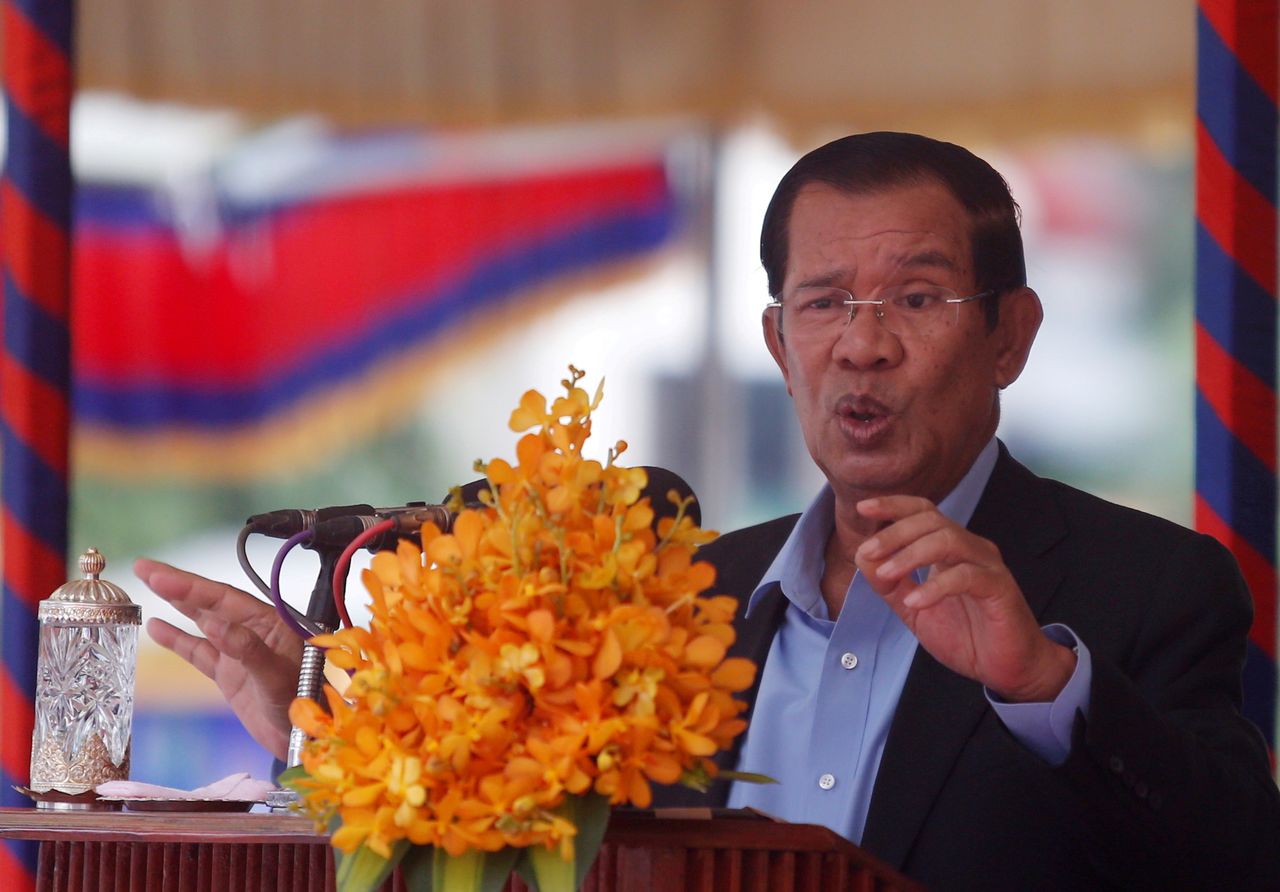 PHNOM PENH (Reuters) - Cambodian Prime Minister Hun Sen, one of the world's longest serving leaders after 36 years in power, on Thursday offered support for his eldest son as his potential successor, a move the main opposition leader compared to North Korea.

Hun Sen, who has presided over a broad crackdown on the opposition, civil society and the media that began in the run-up to 2018 elections, has in the past said he planned to rule until he felt he should stop.

His son, Hun Manet, 44, a deputy commander of the Royal Cambodian Armed Forces (RCAF) and joint chief of staff, graduated from the United States Military Academy at West Point in 1999 and holds a doctorate in economics from Britain's University of Bristol.

"I announce today that I support my son to continue as prime minister, but it is through an election," Hun Sen said in a speech in the coastal province of Preah Sihanouk.

Hun Sen defended the idea of establishing a political dynasty.

Opposition leader Sam Rainsy said Hun Sen's determination to promote Hun Manet reflected his fear of losing impunity when he can no longer lead the country, and Hun Manet's mission would be to protect his father.

In an email to Reuters, he said Hun Sen's succession plan would fail, because Cambodia was not "the private property" of the Hun family, "and is not North Korea either".

Hun Sen's Cambodian People’s Party (CPP), which has been in power since 1979, holds every seat in the 125-member legislature after the main opposition was dissolved ahead of the 2018 election, accused of plotting to overthrow the government.

In June last year, Hun Sen said the ruling party would be a dominant force in politics for as long as a century, telling the opposition it should wait until the next life if it wants to take power.