Omicron may throw wrench in companies' plans to return to office

(Reuters) - Company executives are beginning to consider different permanent work models for their employees as the coronavirus pandemic, and the spread of the Omicron variant, destabilize their latest return-to-office plans.

With Omicron so new, companies are struggling to understand how the variant might affect their operations and profits. Most have taken a wait-and-see stance as they weigh how fast the variant may spread and its potential harmfulness, although Alphabet Inc's Google was indefinitely delaying its return-to-office plan around the world.

Luxury toilet maker Lixil Corp's chief people officer, Jin Montesano, told the Reuters Next conference this week that the company has deviated from Japan's rigid work structure by dumping core working hours and morning meetings, and rethinking what the office should be.

"It's no longer the place to work ... wherever you get work done is where you work," said Montesano during a panel discussion on the Future of Work. "What we want to do is reimagine the office."

Countries moved swiftly this week to impose bans or tougher testing rules on travel after the Omicron variant was first uncovered in southern Africa.

"We almost could compare it to a war situation," Philip Morris CEO Jacek Olczak said to Reuters at the conference. "Everyone pretends that things are getting normal, but it is not normal. We have all changed."

"They are recognizing that they are going to need to revisit many of the decisions they've made. If this changes how effective treatments are, what is the level of risk the organization is willing to tolerate in bringing employees back in January?" he told Reuters.

The World Health Organization said as more countries report cases, the new COVID-19 variant carries a "very high" global risk of surges. Scientists have said it could take weeks to understand its severity, although early indications were that most cases were mild.

The prospect of a fast-spreading variant has raised fears of a return of the sort of restrictions that shut down a swath of industries in 2020.

"Companies at this point have created time lines for people to come back to the office and then delayed them so many times that what I'm hearing is they are looking to not commit until there's certainty," said Jeff Levin-Scherz, a managing director with benefits consulting firm Willis Towers Watson Plc.

More than half of U.S. employers (57%) surveyed by Willis Towers Watson either require or plan to require vaccinations, in a poll released on Tuesday but which was conducted before Omicron was discovered.

Additionally, the survey found slightly more than a third of employees were working remotely - and that was expected to drop to 27% in the first quarter of 2022.

Wall Street banks, for instance, are not immediately changing their return-to-work plans, but like many industries are closely monitoring the situation. Global airlines are bracing for the possibility they could be forced to juggle schedules.

"We are in what I would call the uptick mode, but ... there could be various concerns coming up at any time, and we need to adjust our schedules accordingly," Emirates Airline President Tim Clark said at the Reuters conference.

Coca-Cola Co's CEO, James Quincey, said his company has learned throughout the pandemic.

"Each successive wave of lockdown had less of an impact on our business," he said this week at the Redburn CEO conference. "That adaptability and flexibility ... makes us feel better."

Meanwhile, companies that operate in the United States are being squeezed between President Joe Biden's administration, which has pushed for companies to mandate vaccinations, and the courts.

On Tuesday, two courts blocked the administration from enforcing mandates requiring millions of American workers to get vaccinated against COVID-19.

Biden unveiled regulations in September to increase the U.S. adult vaccination rate as a way of fighting the pandemic, which has killed more than 750,000 Americans and weighed on the economy.

The most sweeping regulation, a workplace vaccine-or-testing mandate for businesses with at least 100 employees, was temporarily blocked by a federal appeals court in early November.

The orders had been seen as providing cover for companies to require workers to get vaccinated, and the court rulings leave them in limbo as they push to get workers back into workplaces.

Of course, for some companies, the "office" is still preferred.

"Nearly two-thirds of my customers are men buying jewelry for their girlfriends, wives, grandmothers or children. And we know that men buying jewelry need help," Alexander Lacik, CEO of jewelry maker Pandora, said at the Reuters conference.

To watch the Reuters  Next conference please register at https://reutersevents.com/events/next/ 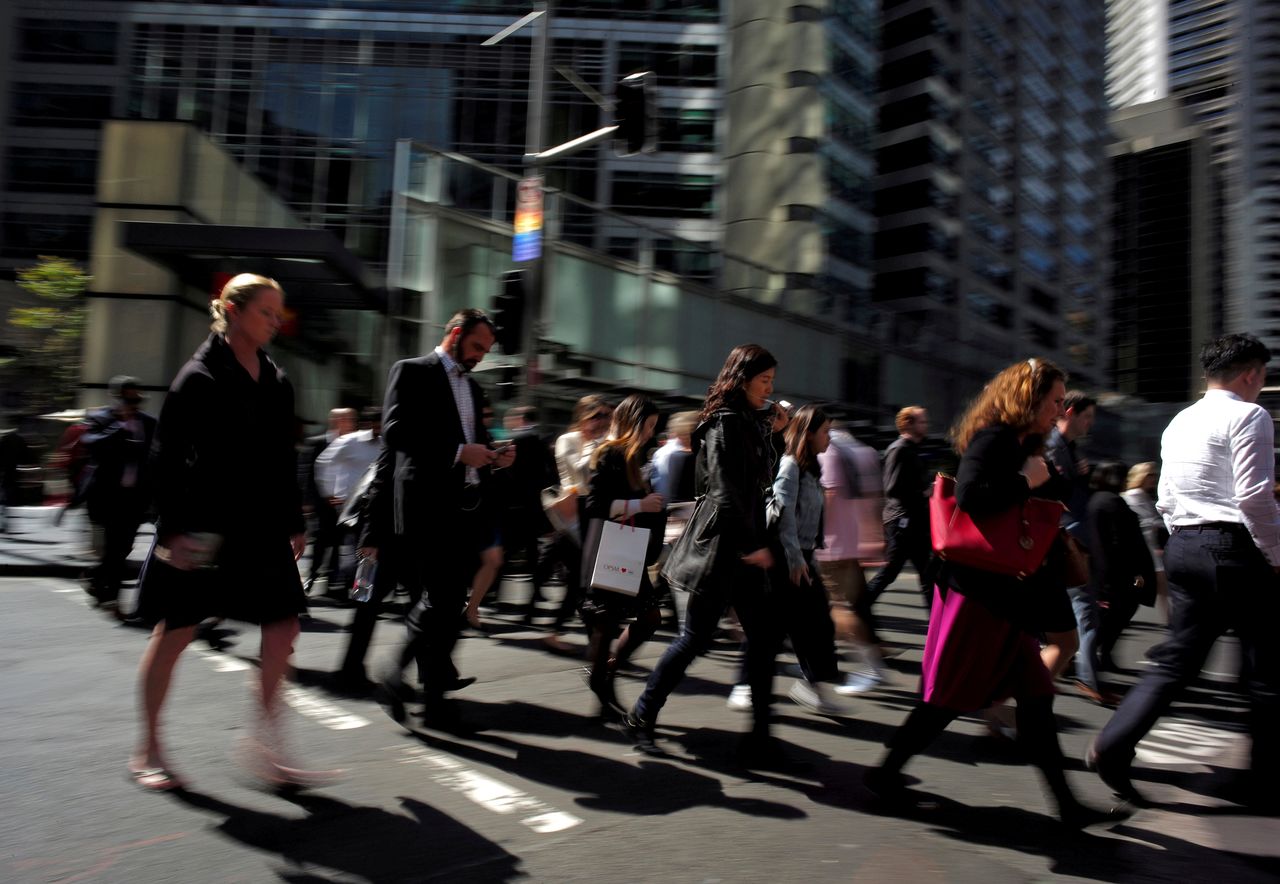 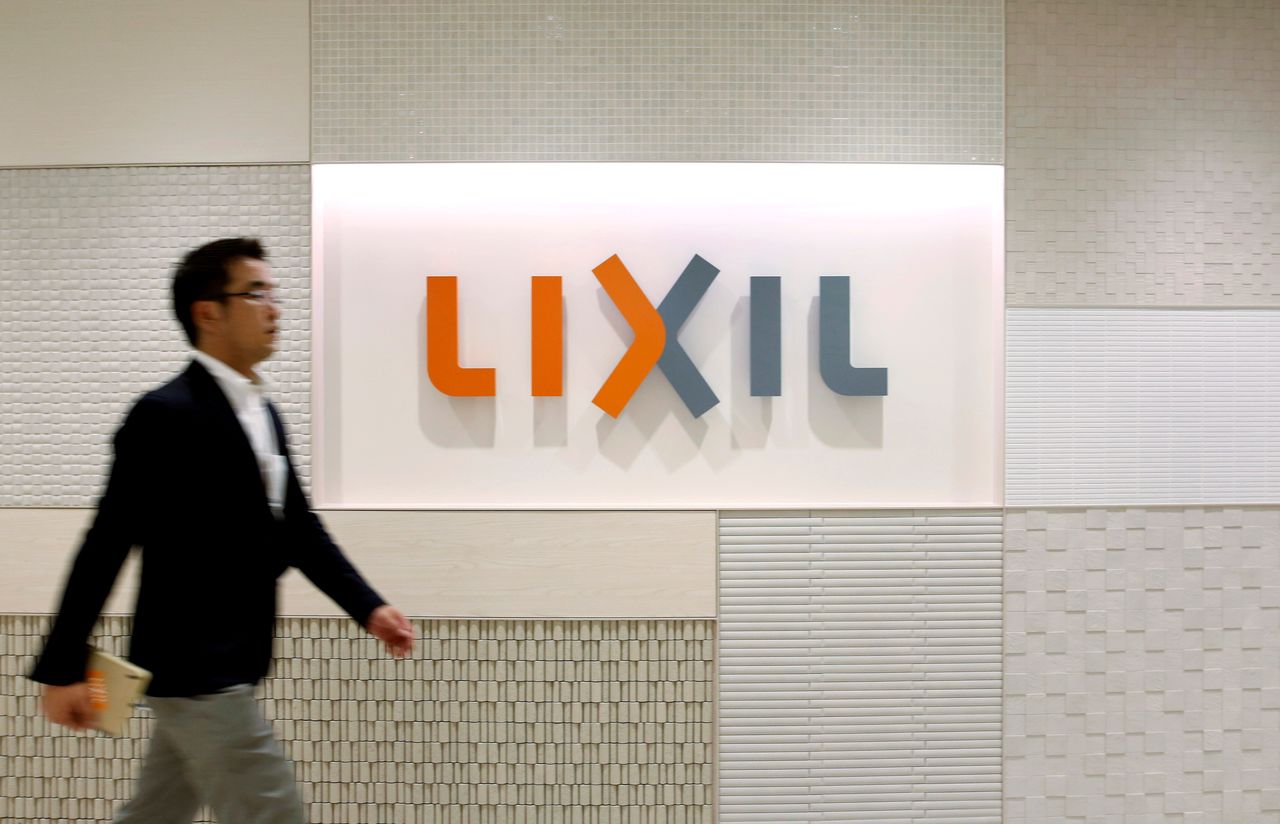 FILE PHOTO: The logo of Lixil Group Corp. is displayed at the company headquarters in Tokyo September 26, 2013. REUTERS/Issei Kato/File Photo