As global costs soar, Japan's 'shrinkflation' gets harder to swallow

TOKYO (Reuters) -It was a chocolate biscuit that turned Masayuki Iwasa, a self-professed penny-pincher with a sweet tooth, into one of Japan's most scrupulous chroniclers of "shrinkflation".

Having sworn off his favourite Chocoliere tartlets for a decade after Bourbon Corp reduced the package size, the newspaper delivery man and part-time stock trader was spurred to action around two years ago after he noticed the biscuits had also gotten smaller.

"I was annoyed they were shrinking and shrinking," said the 45-year-old Iwasa, whose website, http://www.neage.jp (price increases), documents surreptitious price hikes.

Today he tracks prices of some 400 goods and services - everything from washing powder to day passes at Tokyo Disneyland. The bulk of his website is devoted to so-called shrinkflation, when a product gets smaller but the price stays the same.

"In Japan, the impact of deflation means it is difficult to raise prices directly, so shrinkflation is a kind of a measure of last resort," Iwasa said. "But basically it's sneaky and it bothers me."

While the practice is hardly unique to Japan - Mondelez International Inc sparked a global outcry when it reduced https://www.reuters.com/article/us-britain-toblerone-idUSKBN1331L6 the size of the Toblerone chocolate bar in 2016 - its prevalence in the world's No.3 economy is a notable legacy of years of deflation.

Because consumer prices and wages barely budged for the last two decades, companies have become reluctant to increase prices for fear of losing customers.

That's a headache for policymakers, who ultimately want to see higher prices that are an essential component to a virtuous spending cycle that drives economic growth, especially as the population ages and declines.

There are now signs that even Japan Inc may be nearing a tipping point, as soaring raw material costs and a weak yen drive up what companies pay for fuel, coffee beans and beef https://www.reuters.com/article/japan-economy-inflation-idCAKBN2H402I.

While only 14% of Japanese firms have so far passed on higher costs to customers, another 40% say they plan to, a recent Reuters poll showed https://www.reuters.com/world/asia-pacific/around-half-japan-firms-looking-pass-rising-commodity-costs-customers-2021-11-10.

Yet food companies are among the least willing to pass on costs, the survey showed, reflecting their fear of alienating shoppers.

"As the price of raw materials increases, food manufacturers would like to raise prices but it is difficult for them to do that," said Tsutomu Watanabe, an economics professor at the University of Tokyo.

Watanabe said many companies will balk at outright price increases, just as they did in 2008 during another commodities surge and in 2013-2014 when the yen weakened sharply, leaving shrinkflation as one of the few ways to protect margins.

In 2008, Bourbon cut the number of Chocoliere biscuits in a 150 yen ($1.30) packet to 14 from 16, citing higher costs, according to Iwasa's website, which uses company announcements, internet archives and other public information to track prices.

Bourbon later shaved just under a gram off each of the confections, reducing the packet size to 110.6 grams from 122.5 grams.

The company did not respond to requests for comment.

Kameda Seika Co was hit with criticism this year after it reduced the contents of packages of its "kaki pi" rice cracker and peanut mix by 5% to 190 grams.

The size was cut because Kameda could no longer offset rising commodity and transport costs with belt-tightening elsewhere, a spokesperson told Reuters.

Calbee Inc said it will reduce the contents of some of its potato chips and Jagarico potato sticks by about 5% from next month. Separately, it will raise prices of more than a dozen potato chip products by up to 10%.

The snack maker received more negative feedback from customers over the shrinkage than the price hikes, said spokesperson Satoshi Yoshida.

"There may be customers who have had such a negative experience in which they felt deceived and have a bad memory of it," he said.

Lotte Co was criticised when it announced a renewal of its Bacchus chocolates in Japan last year, without mentioning it had cut the package to 10 pieces from 12, according to posts online.

The government's official consumer price index takes into account reduced package sizes, said an official at the Ministry of Internal Affairs, which compiles the index.

But the impact of shrinkflation may still not be fully reflected in that data because the government index tends to use leading brands, whereas shrinkflation is more prevalent at lesser known companies, said University of Tokyo's Watanabe.

"Top firms have a certain amount of pride and don't want to be seen doing something that looks unattractive such as shrinkflation," he said. 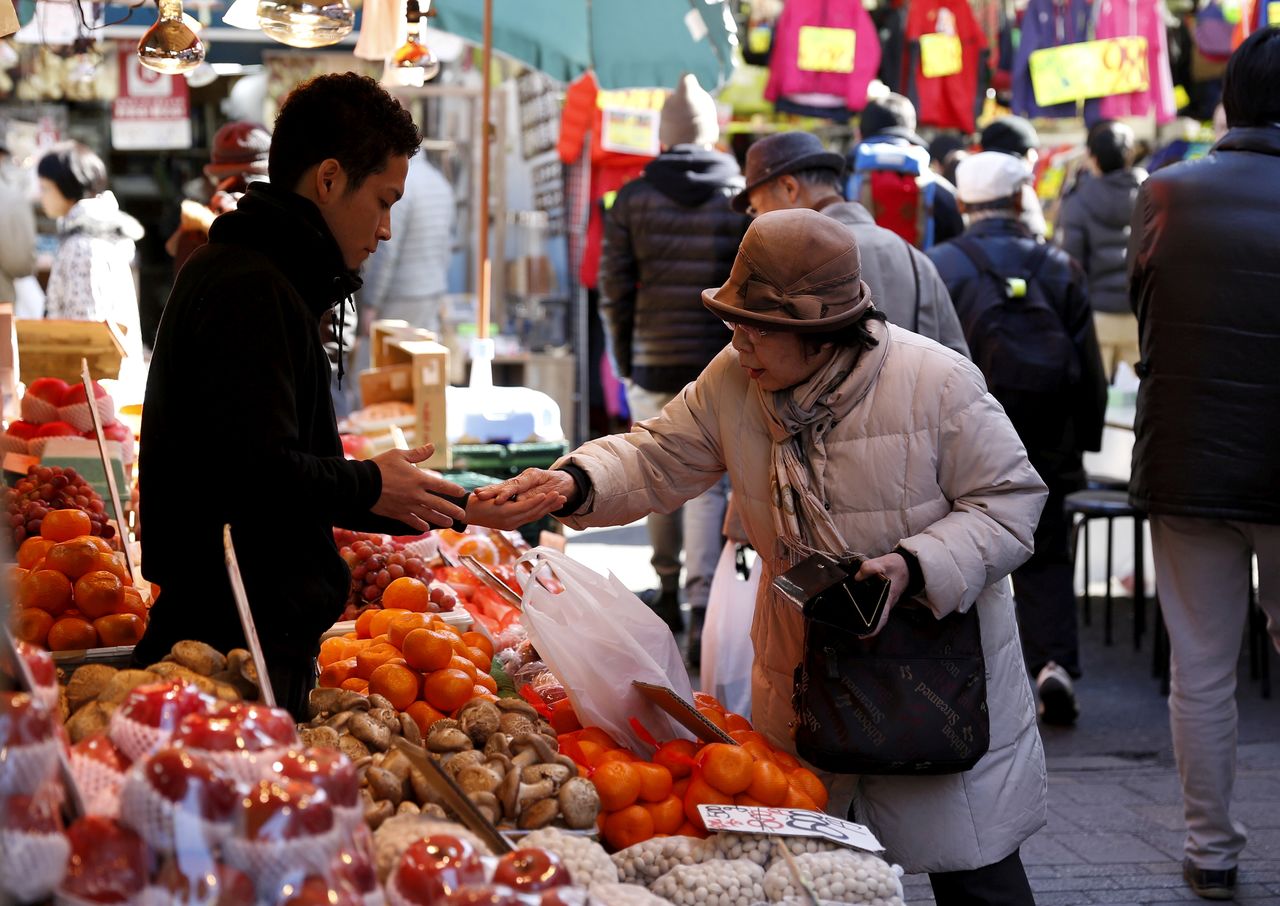 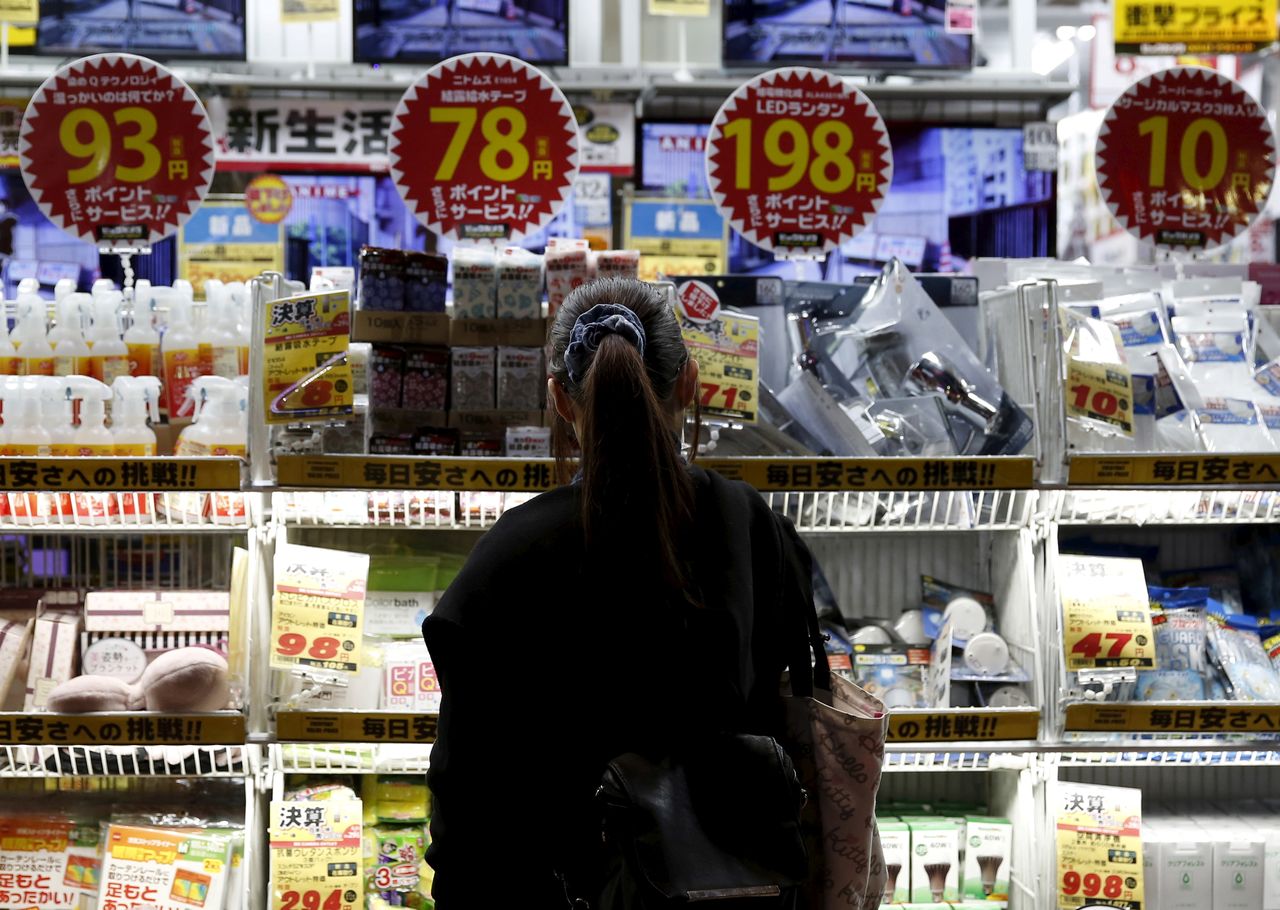 FILE PHOTO: A woman looks at items outside an outlet store at a shopping district in Tokyo, Japan, February 25, 2016. REUTERS/Yuya Shino/File Photo 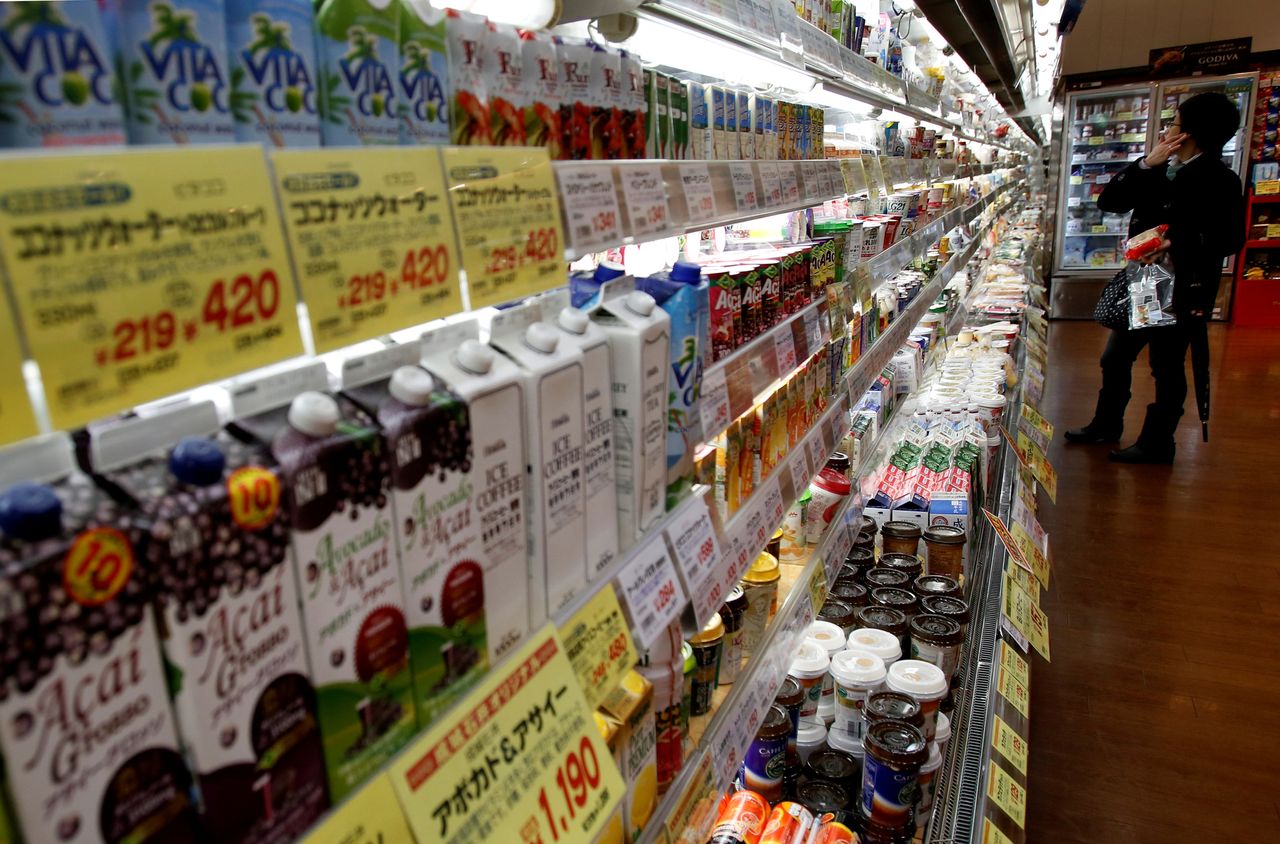