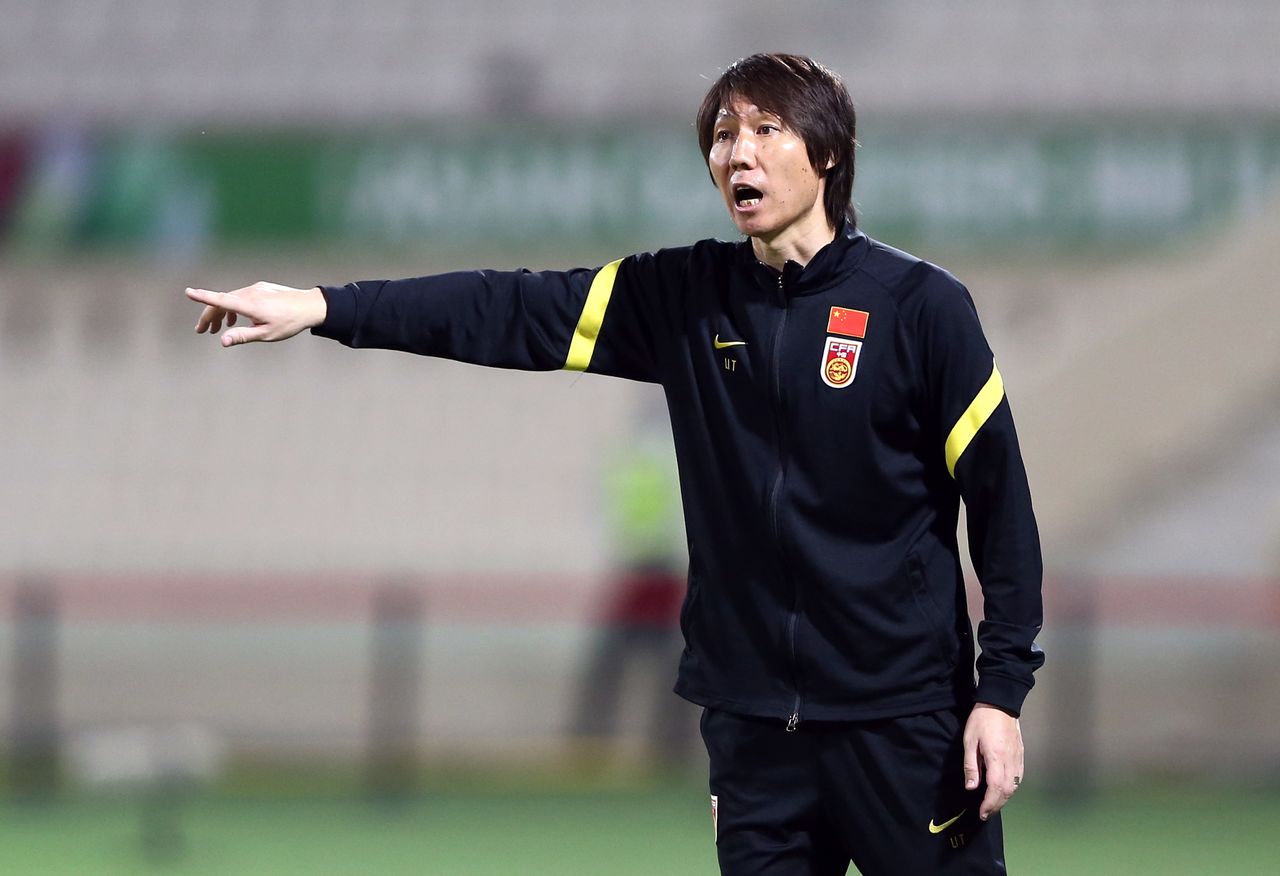 The former Everton midfielder quit amid growing criticism of his team's performances in their 2022 World Cup qualifying campaign as the country looks to reach the finals for the first time since their debut almost 20 years ago.

China are fifth of six teams in Group B, with only the top two guaranteed a spot in Qatar.

"Li Tie submitted a request to the Chinese Football Association to resign as the head coach of the Chinese national men's football team," the CFA said in a statement.

"The Chinese Football Association decided to approve his resignation application after discussion.

"After extensive consultations, the Chinese Football Association decided to hire Li Xiaopeng as the head coach of the Chinese national men's football team."

Li Tie was appointed head coach following the resignation of Marcello Lippi in November 2019 and extended his contract with the CFA until 2026 in August.

The 44-year-old previously worked as an assistant coach to Lippi during the Italian's spells with Guangzhou Evergrande and the China national team before coaching Chinese Super League sides Hebei China Fortune and Wuhan Zall.

He was officially installed as head coach in January 2020 and steered China into the final round of Asia's preliminaries.

However, they have registered only one win -- against Vietnam in October -- in six group games, while they have drawn with Oman and Australia.

He then came under fire for using his personal social media account to promote products despite the team's disappointing results.

Li Xiaopeng takes over as head coach after impressing during a two-year spell with Shandong Luneng that ended last year due to health issues.

A midfield partner of Li Tie's during the 2002 World Cup finals, Li Xiaopeng was most recently working with Chinese Super League side Wuhan FC.

His first game in charge will be on Jan. 27 when China take on Japan before facing Vietnam five days later.