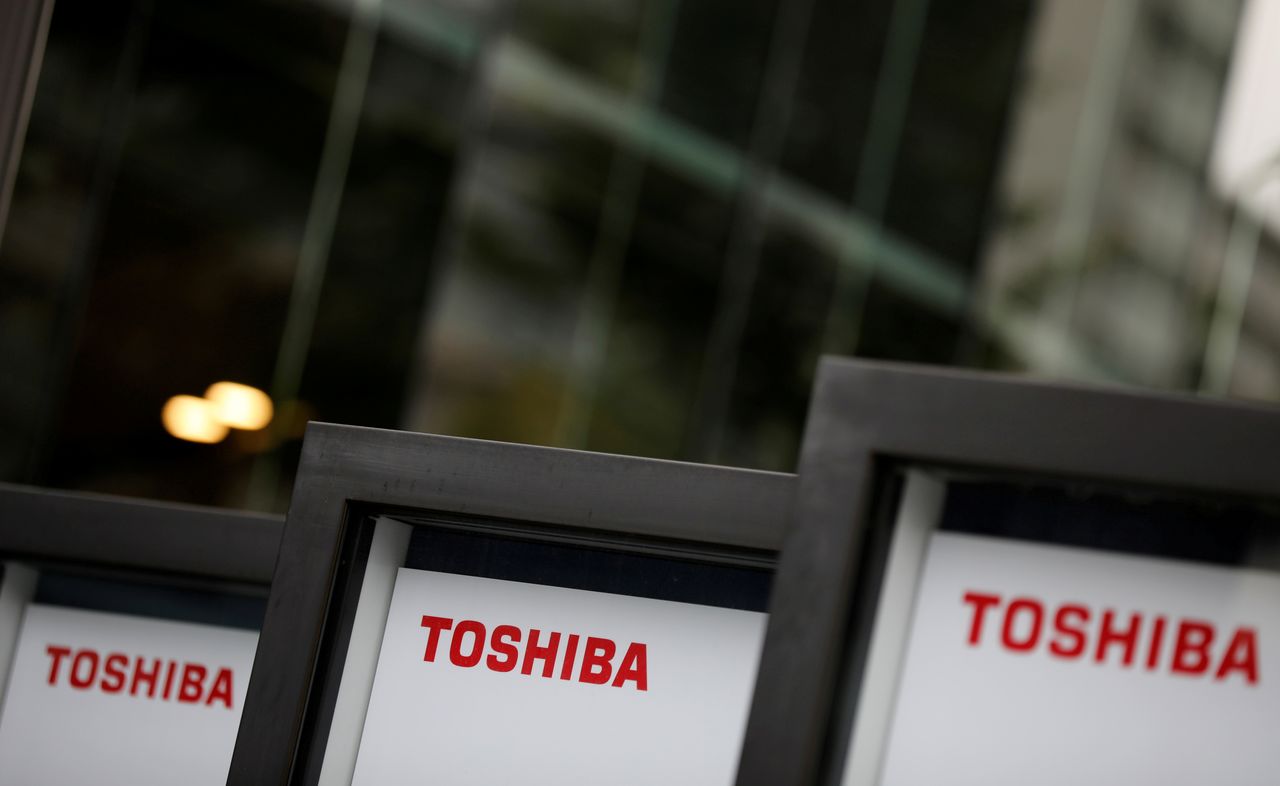 FILE PHOTO: Logos of Toshiba Corp are pictured at a venue of the company's annual general meeting with its shareholders in Tokyo, Japan, June 25, 2021. REUTERS/Kim Kyung-Hoon/File Photo

TOKYO (Reuters) - Japan's Toshiba Corp walked away from potential private equity buyout offers at a substantial premium, as well as advanced talks for a minority stake from Canada's Brookfield, according to three people familiar with the matter.

Toshiba's decision to not pursue either course - some details of which have not been previously reported - and instead focus on a plan to split itself in three, has widened the gulf between the conglomerate and a number of its hedge fund investors, according to the people, all of whom declined to be identified because of the sensitivity of the issue.

At least one private equity firm told the Toshiba committee tasked with its strategic review that a deal to take it private could be done at 6,000 yen a share or more, according to two people briefed on the review process.

Another private equity firm told the committee a deal could get done at around 5,000 yen a share, according to one of the people briefed on the review and another person.

A price of 6,000 yen would value Toshiba at around 2.6 trillion yen ($23 billion) and represent a 32% premium to its average price over the past 200 days, according to Refinitiv data.

"We are communicating with shareholders explaining the separation plan we announced on Nov. 12 as well as listening to their opinions," Toshiba said in a statement to Reuters. "We will continue our communications with various stakeholders."

Some shareholders have also taken issue with Toshiba's decision not to pursue talks with Canada's Brookfield Asset Management, one of the private equity firms, on a potential minority investment, according to several sources.

That could have seen Brookfield, which successfully turned around the conglomerate's bankrupt nuclear power business Westinghouse, take a minority stake and help overhaul the business, sources said.

Brookfield did not immediate respond to a request for comment.