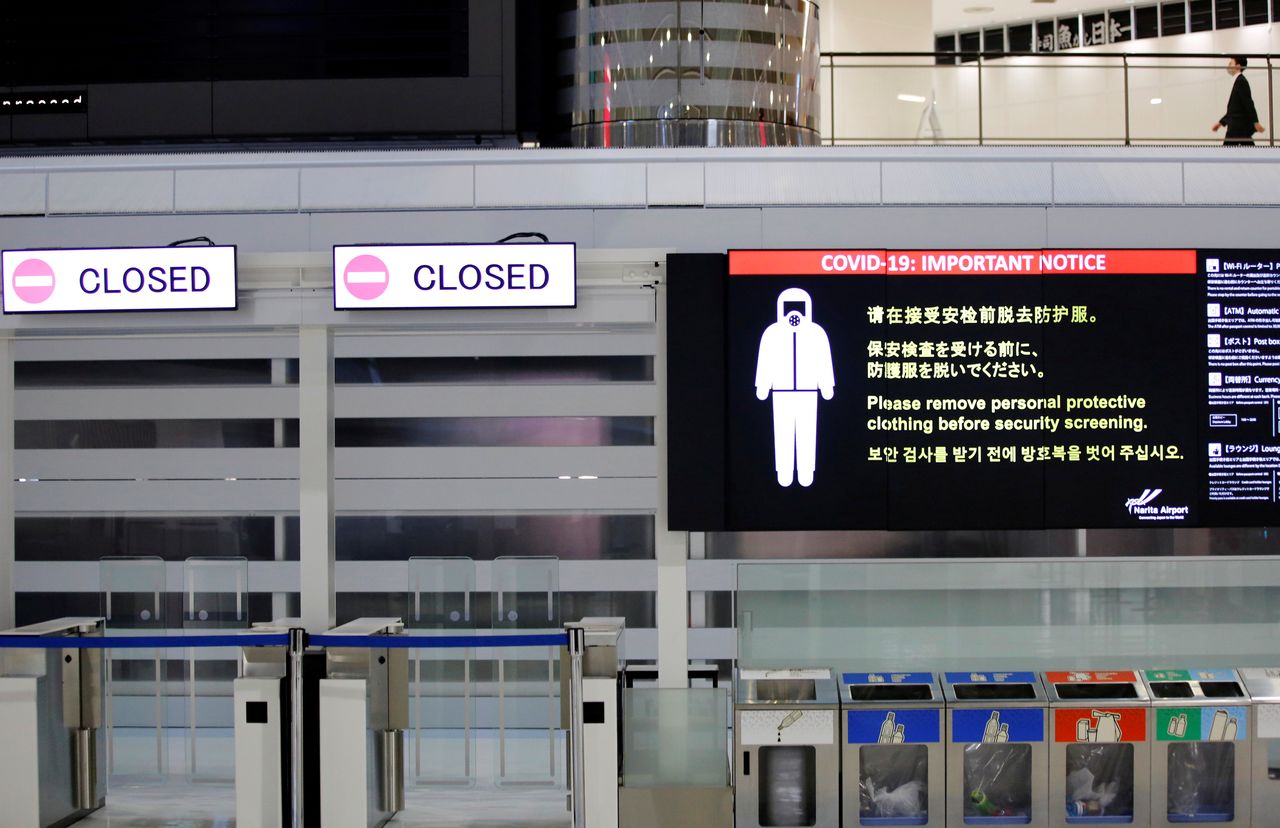 (Reuters) - New travel restrictions prompted by the Omicron coronavirus variant have set back the nascent recovery in international flights, creating delays and headaches in some regions, according to airline and airport officials.

The flurry of new testing rules and border closings has raised concerns ahead of the important Christmas travel season, but some airline bosses said they hope any backward moves will be short-lived. Global airlines have blamed a patchwork of shifting rules for depressed demand for international travel, which is critical for their return to profit following steep COVID-19 pandemic-related losses in 2020.

"If there's anything (in the way), it just delays recovery," he said.

He said the airline's domestic business remained strong but the new travel restrictions had dampened demand in some international markets.

Airline stocks have recovered some ground following a sell-off last week. While investors are taking heart from anecdotal evidence that suggests the new variant might not be as lethal as originally feared, it could take weeks, even months to know its effect on the course of the pandemic.

U.N. agencies specializing in aviation and tourism pleaded on Tuesday for travel restrictions in response to new coronavirus variants to be imposed only as a last resort.

Japan has banned foreigners, the United States is requiring a COVID-19 test 24 hours before flying, and travellers to Singapore now must be tested daily for seven days after arrival.

"We have seen basically a pause since then," Wilson added.

Airlines and travel agencies are hopeful that rising vaccination rates and new medicines would make a difference.

"This is not the spring of 2020," said Booking Holdings Inc's Chief Executive Glenn Fogel. "Absolutely not."

But Sue Carter, head of Asia Pacific at booking technology firm Travelport, said she has seen some searches go down week on week, adding that traveller confidence tends to be closely linked to government announcements.

At Calgary International Airport, the line upon arrival is longer than it had been before the introduction last week of a plan by Canada to eventually test all passengers arriving from countries other than the United States, an airport spokesperson said.

The Public Health Agency of Canada did not immediately respond to requests for comment.

A Reuters reporter departing from a U.S. airport to Montreal last week had to repeatedly inform airline agents of an update that exempted Canadian passengers returning to the country after less than 72 hours abroad from needing a COVID-19 test.

Rules brought in after the discovery of Omicron are just the latest in "a constant state of change," said Leslie Dias of Unifor, the union that represents customer service workers at Air Canada among other carriers. In Australia, fully vaccinated travellers to Sydney and Melbourne must now isolate at their home or a hotel for 72 hours after arrival. An earlier policy of no isolation led Hawaiian Airlines to add five weekly Honolulu-Sydney flights starting this month, rather than an initial plan for three, its chief executive Peter Ingram said.

Qantas Airways Chief Executive Alan Joyce said his hope is that once more is known about Omicron, the 72-hour isolation requirement would be removed. "We still haven't figured out whether this is a spanner in the works or a fly in the ointment," Association of Asia Pacific Airlines Director General Subhas Menon said of Omicron. "From what we see now, it looks more like a fly in the ointment that is still good for using."

(Reporting by Jamie Freed in Sydney, Allison Lampert in Montreal and Rajesh Kumar Singh in Chicago; Additional reporting by Anna Mehler Paperny in Toronto and Julie Gordon in Ottawa; Editing by Gerry Doyle, Will Dunham and Sonya Hepinstall)