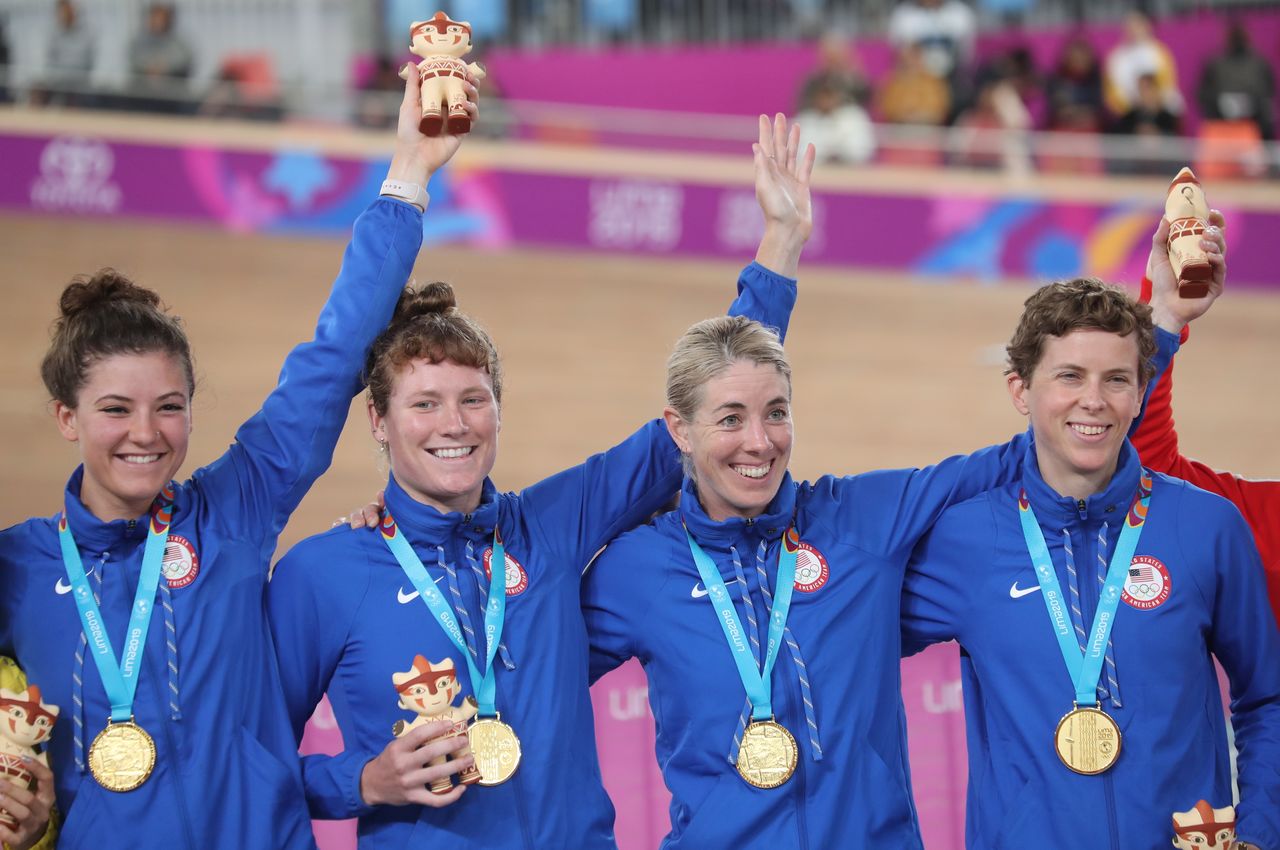 (Reuters) - Eleven-time American national champion Christina Birch is swapping the cycling velodrome to start a journey she hopes will take her all the way to the moon.

Birch's drastic change of direction comes after being selected for the NASA Astronaut Class of 2021, which will see her embark on a two-year training course for the Artemis missions in Houston, Texas.

"I am super excited to be a 2021 Astronaut Candidate. It is a little still surreal for me," Birch, a two-time Pan-American champion, said in a statement from USA Cycling.

"It wasn't probably until I put on the blue flight suit for the first time that it actually started to feel real."

Birch was on the long list for the Tokyo Olympics and submitted her application while preparing at the Olympic Training Center in Colorado Springs.

"I filled out my application online before we headed back to the track for some really hard efforts with the team," she said.

"After the Olympic selection, I had a couple of interviews at the Johnson Space Center in Houston. Each one just left me feeling like this was a better fit for me and what I wanted to be doing."

Birch, who has a bachelor's degree in mathematics, biochemistry and molecular biophysics, was selected along with nine others from 12,500 applicants.

"It's sort of a dream. You're holding your breath this whole time throughout the application process, hoping that you're going to make it," she added.

"I met so many incredible people during the interview process. Everyone is incredibly qualified. So, it really just feels like I won the lottery."

Birch said the intense physical demands of her years of cycling training will stand her in good stead for a journey she hopes will end on the International Space Station.

"I think having a lot of comfort and familiarity going into unknown difficult processes, and still bringing 100% even when you're tired, those are lessons I learned as a cyclist that are going to serve me really well as a candidate," she said.