SEOUL (Reuters) - Netflix's most-watched series in late November, "Hellbound", is making a splash on TV, but it first appeared on much smaller screens as an online comic, or "webtoon", optimised for smartphones.

The webtoon format, which began in Korea two decades ago, has shaken up content creation for the movie industry around the globe.

With relatively few overhead costs, webtoons have become a gold mine for tens of thousands of visual stories, with a growing number of adaptations on streaming services such as Netflix, Apple TV Plus and Disney Plus. And readership for webtoons themselves has become increasingly global.

"If a drama or movie fails, a bunch of people are in the red so they can't experiment in various ways. But here, when we fail, we fail alone. So we can experiment however we want," said Choi Gyu-seok, the artist and co-creator of the "Hellbound" webtoon.

In South Korea alone, there are more than 14,000 webtoons by 9,900 creators, according to data provider Webtoon Analysis Service. Tech companies Naver and Kakao are facilitating adaptations and targeting global expansion through their webtoon units.

"Our strength is that we have a lot of ongoing works. In many platforms, when a hit series is over there aren't enough alternatives. We have hundreds of works that are live right now," said Lee Hee-youn, head of IP Business at Naver Webtoon.

Each series usually has weekly updates, increasing the amount of material to draw from.

"It's a format you view in three minutes while waiting for your friend... so almost every scene must contain elements that can capture the reader. So there are a lot of ingredients to choose from when taking the source material to other formats," Choi said.

For the creators - who on average make 48.4 million won ($41,000) a year - the payoff for getting a webtoon adapted can be huge. Only about 8% of creators say their income has been substantially improved by adaptation rights, according to data from the Korea Creative Content Agency.

"In a month or two, I made about three or four times the amount of money I could earn a year," Hellbound's Choi said about an adaptation of a previous webtoon. "It gave me freedom so I didn't have to immediately begin the next work."

Ownership of the intellectual property rights for an adaptation depend on the contract between the creator, platforms like Naver and Kakao, and any agencies in the middle. Payouts can be a single-digit percentage of revenue, a minimum guarantee or a mix of the two, analysts said.

Webtoons' PC and smartphone-specific innovations such as vertical scrolling instead of page-flipping are intuitive for people 24 years old or younger, who account for about 75% of the 14 million active monthly Naver Webtoon readers in the United States as of September.

Naver's Webtoon app and Kakao's Tapas app are No. 2 and 3 in U.S. downloads in Google Play's free comics app category, while in Japan, Piccoma and Line Manga, backed by Kakao and Naver respectively, are No. 1 and 2.

Naver's global webtoon business has seen quarterly sales jump 79% from a year ago as of July-September, and monthly active users grow from 50 million to 72 million in three years, with users outside Korea far outweighing those in Korea and global streaming services' adaptations helping expand the market, Naver's Lee said.

Webtoon creators work an average about 10.5 hours a day, six days a week. The grinding schedule means a concept can take as little as a week to move from drawing board to market.

"In the past, the industry was small, so there were limitations in the kind of adaptations. Now, streaming services have made possible the inflow of new readers globally and more investment, so they are asking for bigger ideas" such as settings in space instead of earth, said Hongjacga, the creator of the webtoon "Dr. Brain", which was adapted for Apple TV Plus.

Naver's Lee said 10 to 20 webtoons from its platform are expected to be remade into other media next year through partnerships with streaming services. 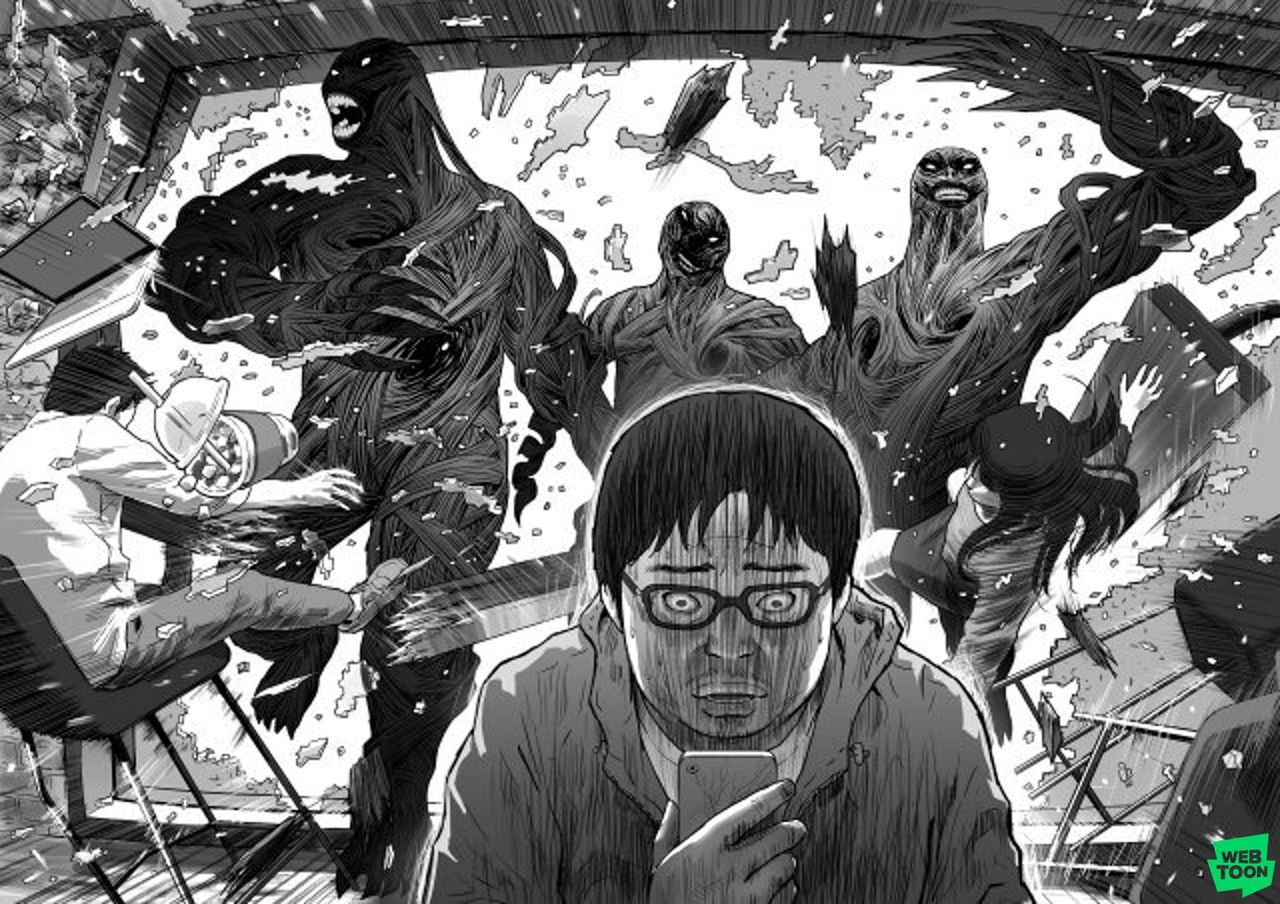 A handout shows a scene of the webtoon ‘Hellbound’ that was adapted to a popular new Netflix series "Hellbound'. Choi Gyuseok/Handout via REUTERS 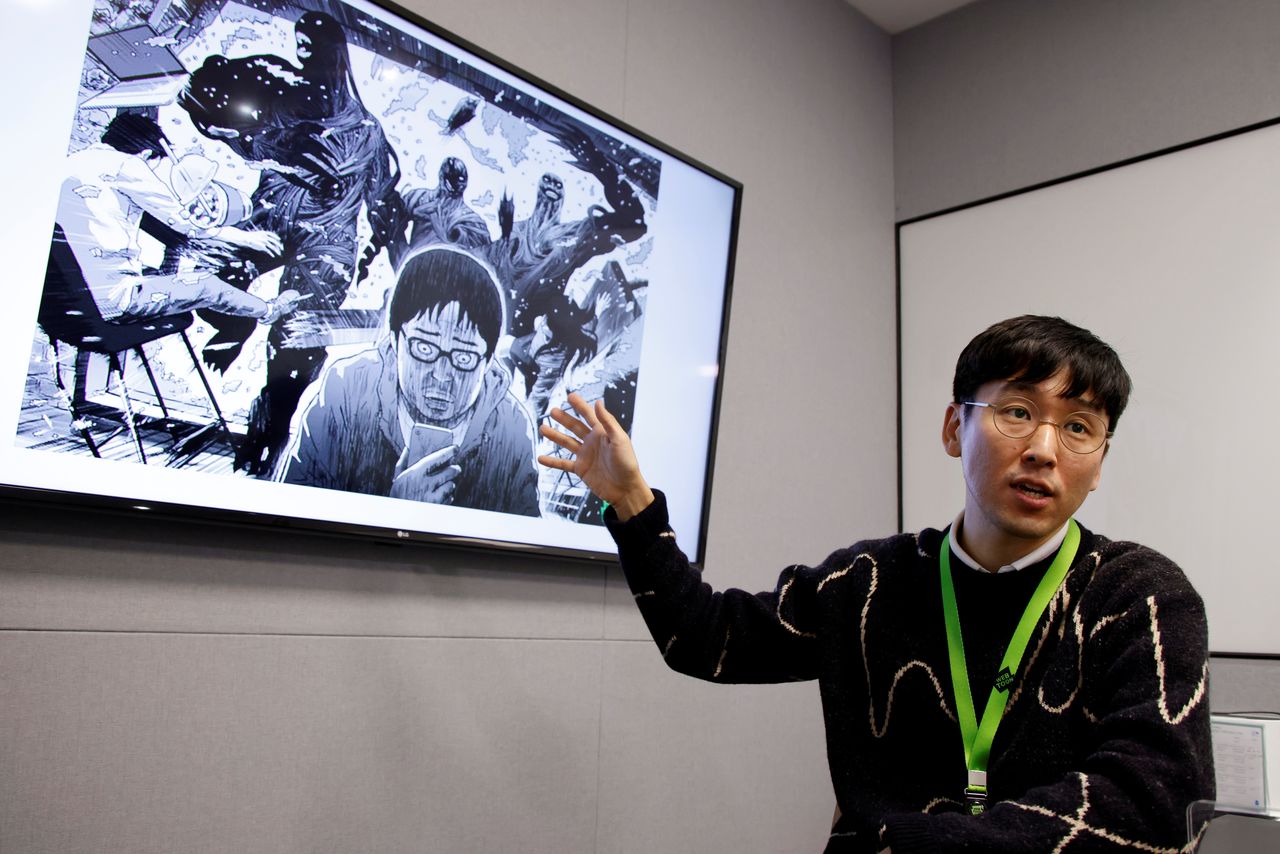 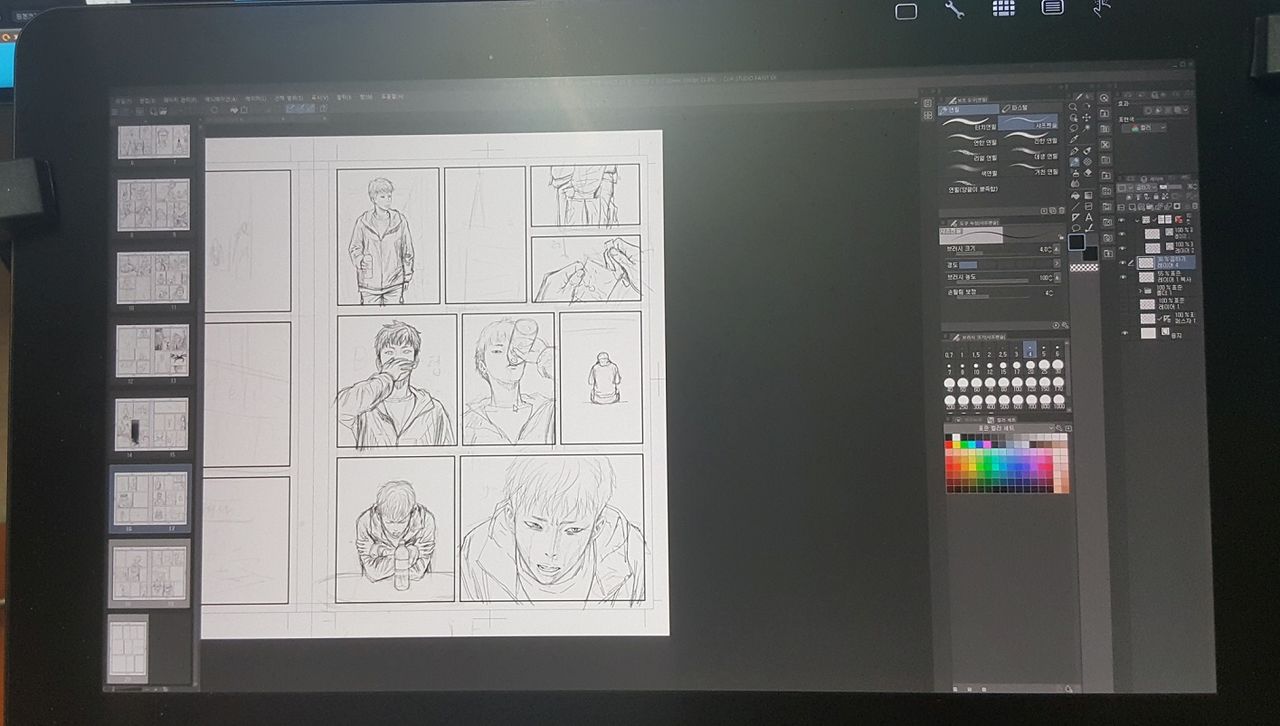 FILE PHOTO: A monitor shows sketches of the webtoon ?Hellbound? by Choi Gyuseok at his work room in Seoul, South Korea, November 30, 2021. Choi Gyuseok/Handout via REUTERS 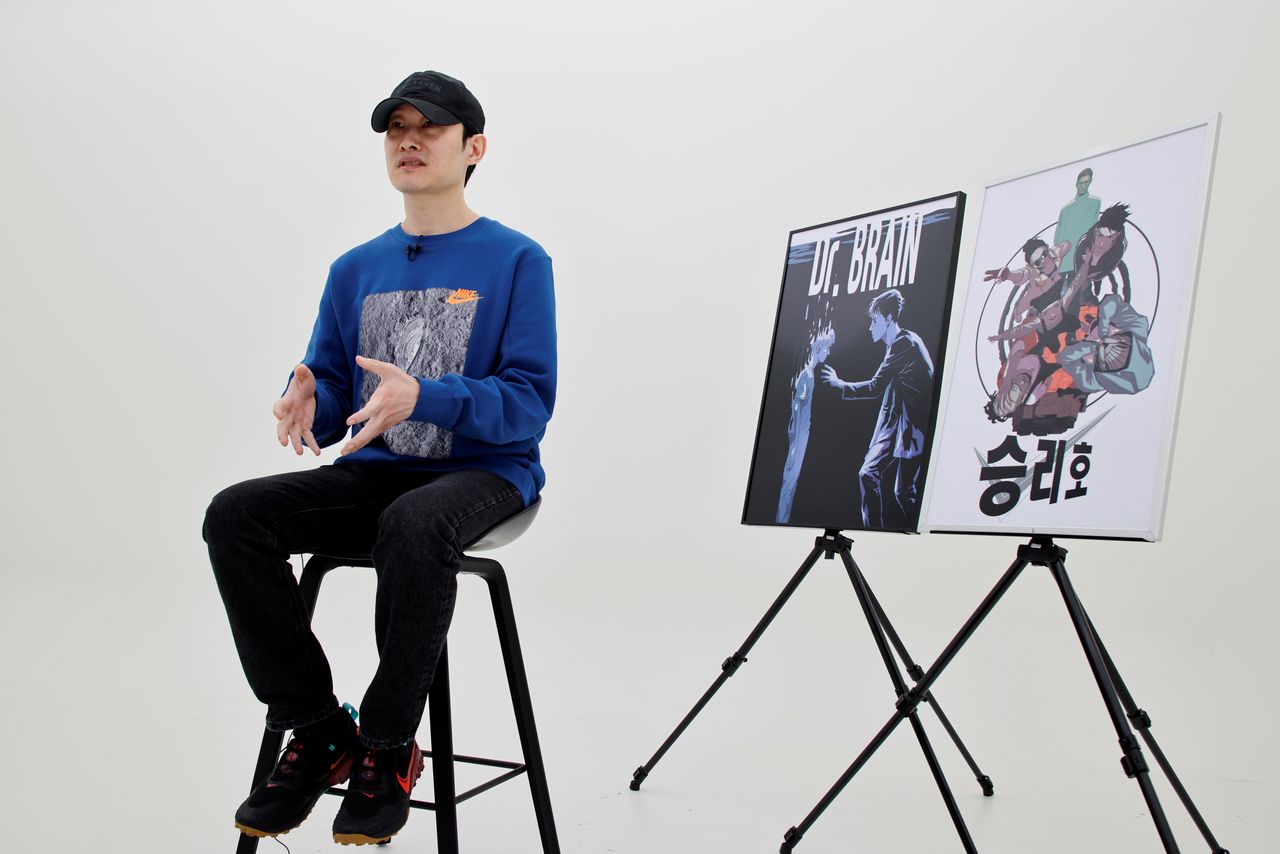 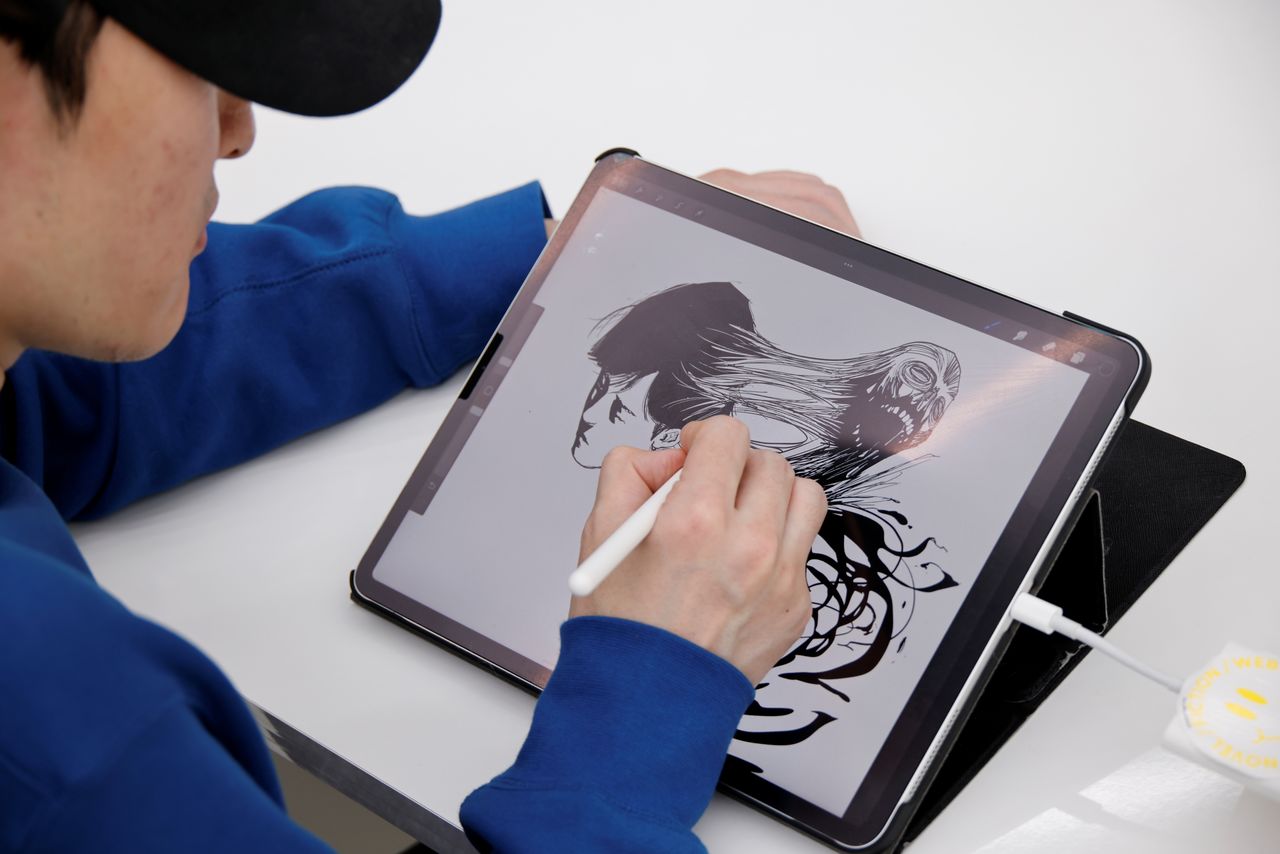