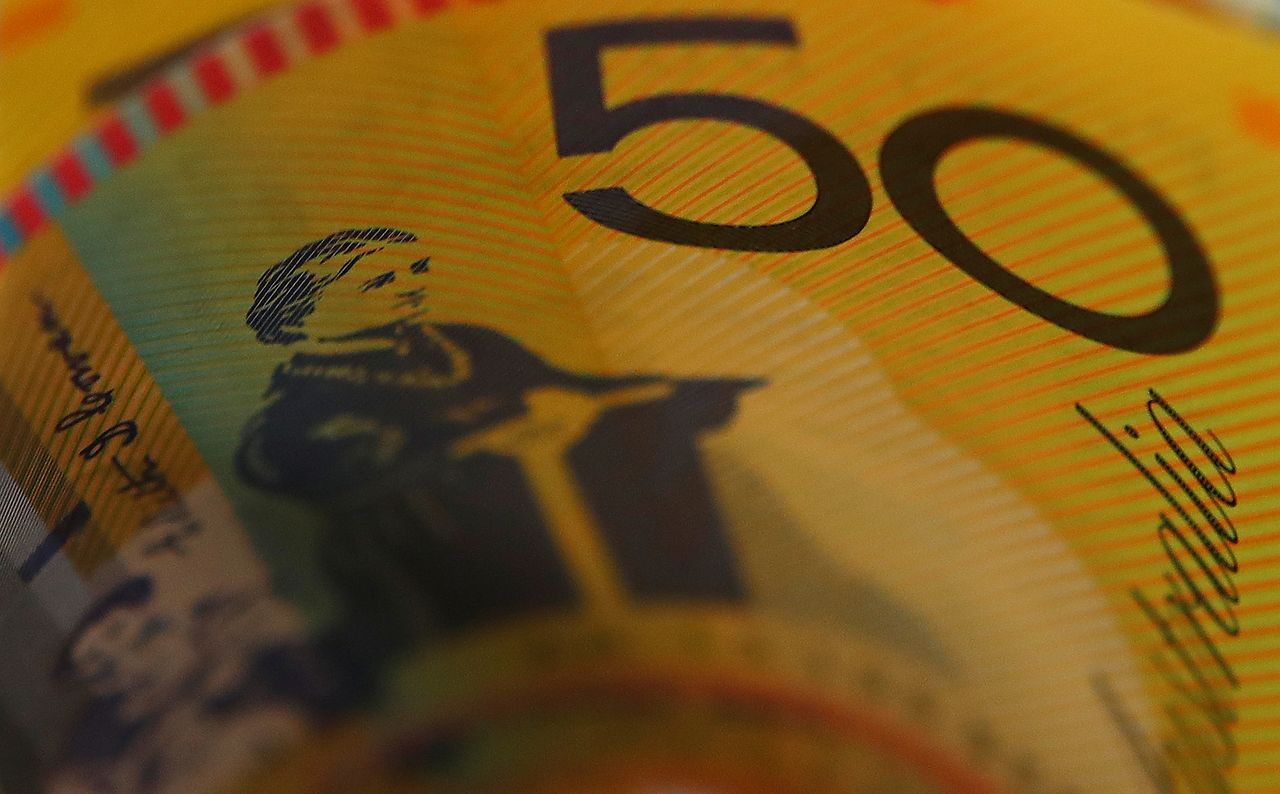 NEW YORK (Reuters) - The dollar fell against several of its major counterparts on Wednesday, as easing concerns about the economic hit from the Omicron COVID-19 variant helped support riskier currencies, with the Australian dollar on pace to notch a third straight session of gains.

The dollar index, which measures the greenback against six major peers, slipped 0.4% to 95.854. The index remains close to the 16-month high hit late last month.

"Concerns about Omicron appear to be fading slightly, particularly as increasing – albeit unconfirmed – data emerges pointing to infections caused by the new variant being milder than previously thought," Michael Brown, senior analyst at payments firm Caxton, said in a note.

Investors' appetite for riskier assets improved this week amid reports that people infected with the Omicron variant in South Africa had only shown mild symptoms.

Commodity-linked currencies, including the Australian dollar, were the main beneficiaries of the improved risk sentiment.

The recent move by China - a major Australian trading partner - to stimulate its slowing economy was also supportive of the Australian currency, Caxton's Brown said.

The Canadian dollar was largely unchanged after the Bank of Canada held its key overnight interest rate at 0.25%, as expected, and maintained its guidance that a first hike could come as soon as April 2022.

The Norwegian crown rose about 1.8% against the U.S. dollar, helped by an improved risk sentiment and higher oil prices.

The pound was 0.05% lower on the day, after British Prime Minister Boris Johnson imposed tougher COVID-19 restrictions in England on Wednesday, ordering people to work from home, wear masks in public places and use vaccine passes to slow the spread of the Omicron coronavirus variant.

Bitcoin was about flat on Wednesday at $50,567.89, as top executives from six major cryptocurrency companies including Coinbase and Circle urged Congress to provide clearer rules for the booming $3 trillion industry.