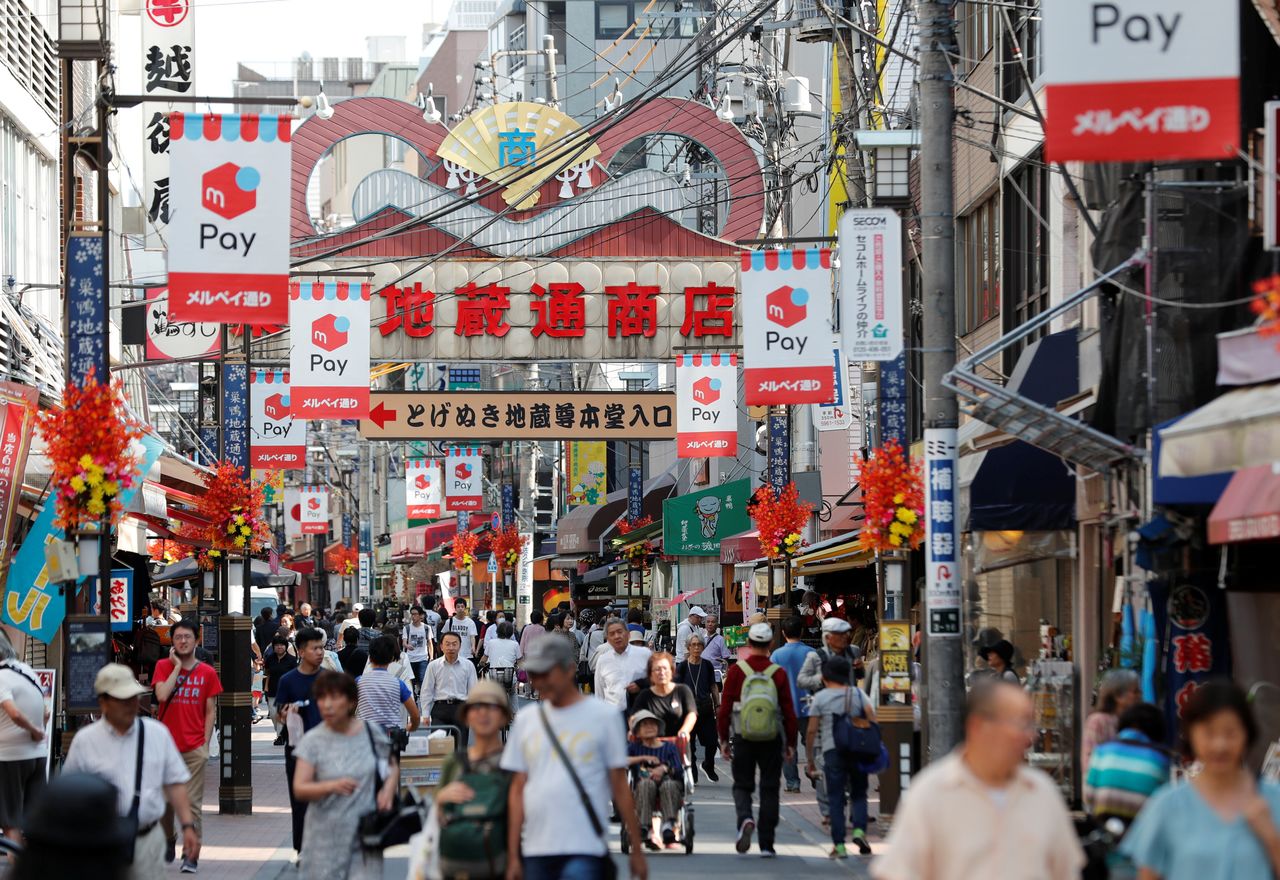 TOKYO (Reuters) - Japan will deny some tax breaks to big companies that do not hike wages while boosting deductions for those that do, as it moves to boost domestic salaries, a final draft of the ruling party's annual tax reform plan showed on Wednesday.

Wages in Japan have stayed largely flat over the past 30 years, OECD data shows, causing "lost decades" and grinding deflation, while the ruling LDP and its coalition ally Komeito are expected to endorse the plan on Friday.

The carrot-and-stick approach underscores Prime Minister Fumio Kishida's focus on distributing wealth to households, with steps such as urging pay hikes of 3% or more by firms whose profits have returned to pre-pandemic levels.

"The move shows the government has no choice but to intervene in private-sector wages to stoke a positive cycle of broad wage hikes and sustainable inflation in the long run," said analyst Yoshimasa Maruyama.

But it was doubtful the measures would immediately prompt firms to raise wages as they had recently lifted pay, added Maruyama, the chief market economist at SMBC Nikko Securities.

Lawmakers of Kishida's Liberal Democratic Party (LDP) have also agreed on tweaks to tax breaks on mortgages in another major reform for the next fiscal year, a senior lawmaker told Reuters.

Such tax breaks, adopted to cushion the pain of a hike in sales tax in Oct. 2019, now permit a deduction of 1% of outstanding housing loans at the end of each year, for up to a decade.

LDP lawmakers agreed on Tuesday to cut that deduction to 0.7% instead of 1%, as the exemptions outstrip the interest rates paid by homebuyers on such loans, while extending the term to 13 years from 10, to keep the amount of tax breaks steady.

Since it swept to power in late 2012, the LDP-led government has piled pressure on cautious Japanese firms to spend their record cash piles to boost wages. But many have resisted, in the face of economic uncertainties.

Large companies that raise wages by 4% from the previous year will get deductions of up to 30% of taxable income, up from the maximum of 20% now, according to the plan for next fiscal year's tax reform obtained by Reuters.

Small firms that raise wages by 2.5% will qualify for a tax deduction of up to 40% from the current maximum of 25%.

However, companies that do not raise wages will not be able to claim tax deductions for spending on areas such as research and development, promoting investment, 5G, digital transformation and carbon neutrality, the draft showed.

Wage increases of 4% would represent a significant hike for Japanese firms, compared with offers of about 2% at annual wage talks with unions in recent years.