TOKYO (Reuters) -Japanese LGBTQ rights activists on Wednesday hailed Tokyo's move to introduce a same-sex partnership system as a huge step in their fight for equality in the only G7 country that does not fully recognise same-sex marriage.

Under plans announced by Tokyo governor Yuriko Koike on Tuesday, partnerships would be allowed early next year and made legal in the fiscal year beginning April 2022, vastly expanding the number of people in Japan who can benefit.

The partnership system allows same-sex partners to register their relationship and gain some of the privileges enjoyed by married couples, such as being allowed to rent places to live together and gain hospital visitation rights.

Though it falls short of a legal marriage, Tokyo's move to adopt the partnership system is seen as an important step towards legalising same-sex unions in a nation where the Constitution still defines marriage as based on "the mutual consent of both sexes."

"This is amazing news," said Masa Yanagisawa, head of Prime Services Japan at Goldman Sachs and a board member of activist group "Marriage for All Japan".

"Some conservatives have voiced concerns that even though these partnerships are just symbolic pieces of paper, they could undermine Japanese traditions or the traditional Japanese family system. Hopefully this will be a chance to prove otherwise."

Tokyo's Shibuya ward in 2015 was the first place in Japan to introduce the partnership system. The system already covers 41% of Japan's population and the extension to Tokyo means over half of the nation could potentially benefit, according to campaign group Nijiiro Diversity.

Activists have long lobbied for the whole capital city to adopt the system, and stepped up such efforts ahead of the Tokyo 2020 Olympics, delayed by the coronavirus pandemic until this summer.

Takeharu Kato, a lawyer in charge of a landmark court case in March where barring same-sex marriage was ruled "unconstitutional", said the government may have shown restraint in expanding the partnership system due to "the fact that a lot of ruling party lawmakers are reluctant about this."

"The introduction of a system allowing same-sex marriage would be an issue that goes straight to the very core of how families ought to be in Japan," he said.

While Tokyo as a whole did not adopt the partnership system before the Games, the Olympics, with its focus on diversity, helped sway public opinion, Kato and others said.

A recent poll of Tokyo residents conducted by the metropolitan government found 70% of respondents were in favour of same-sex partnerships.

"I'm sure the Olympics had an impact since Tokyo has been thinking of what kind of legacy they should leave," said LGBTQ rights activist Gon Matsunaka.

Another incentive has been Tokyo's interest in branding itself a major international centre and attracting foreign companies, many of which have greater emphasis on LGBTQ rights.

As part of Governor Koike's preparation for her announcement, she spoke with foreign business leaders, who said Tokyo was behind on that front, said Goldman's Yanagisawa.

"From my perspective as a Goldman Sachs employee, we want to attract international talent but Japan is always at a disadvantage," he added.

"We offer our own employee benefits on top of the national provisions to try to equalise the system but there's a limitation to what is possible, and obviously not every company can do this."

The next goal is making marriage possible, though this probably requires more local areas to adopt same-sex partnership regulations, creating enough pressure that the national government can no longer ignore it, activists say.

"Of course I'm happy," said lawyer Kato. "But this is just one waypoint on a long road. We need to use it to push towards actual marriage." 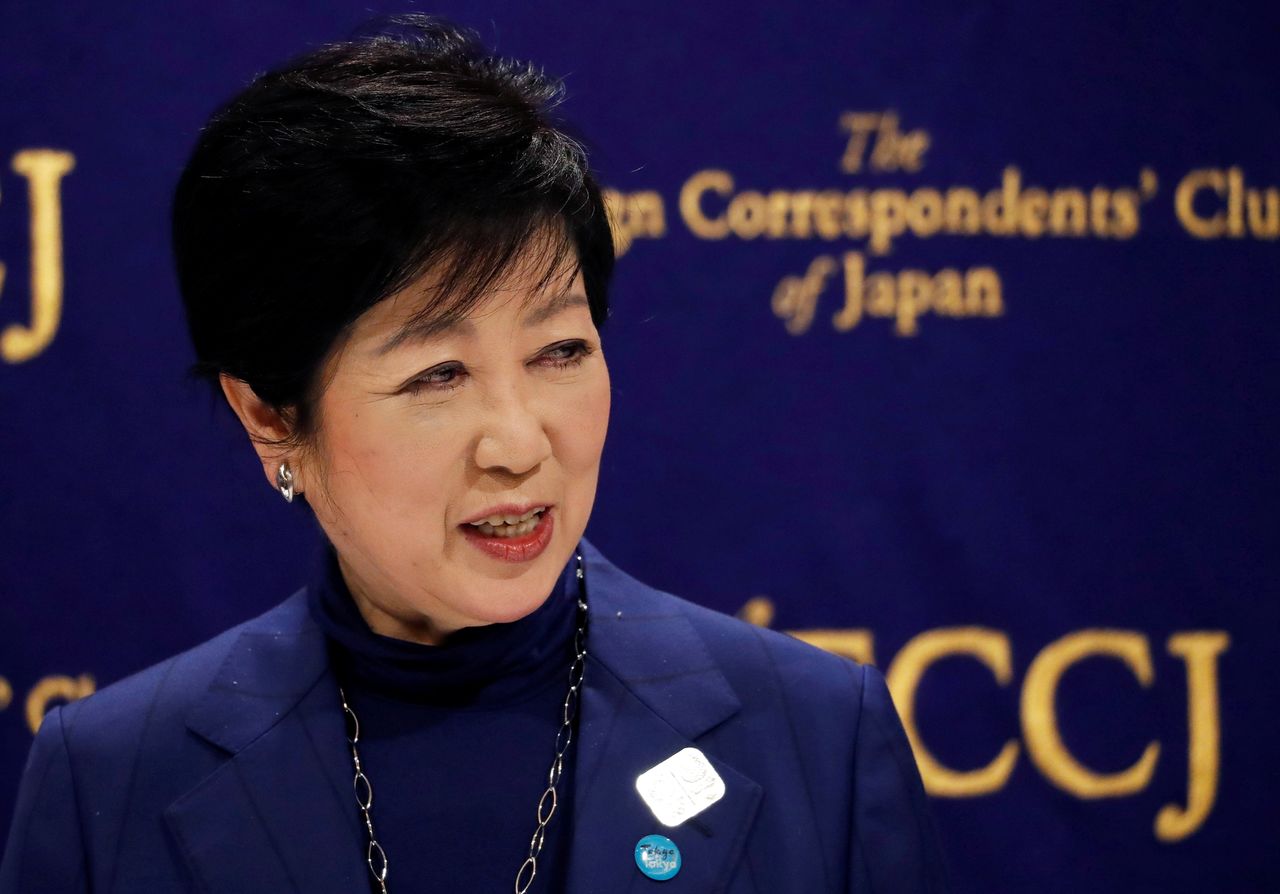 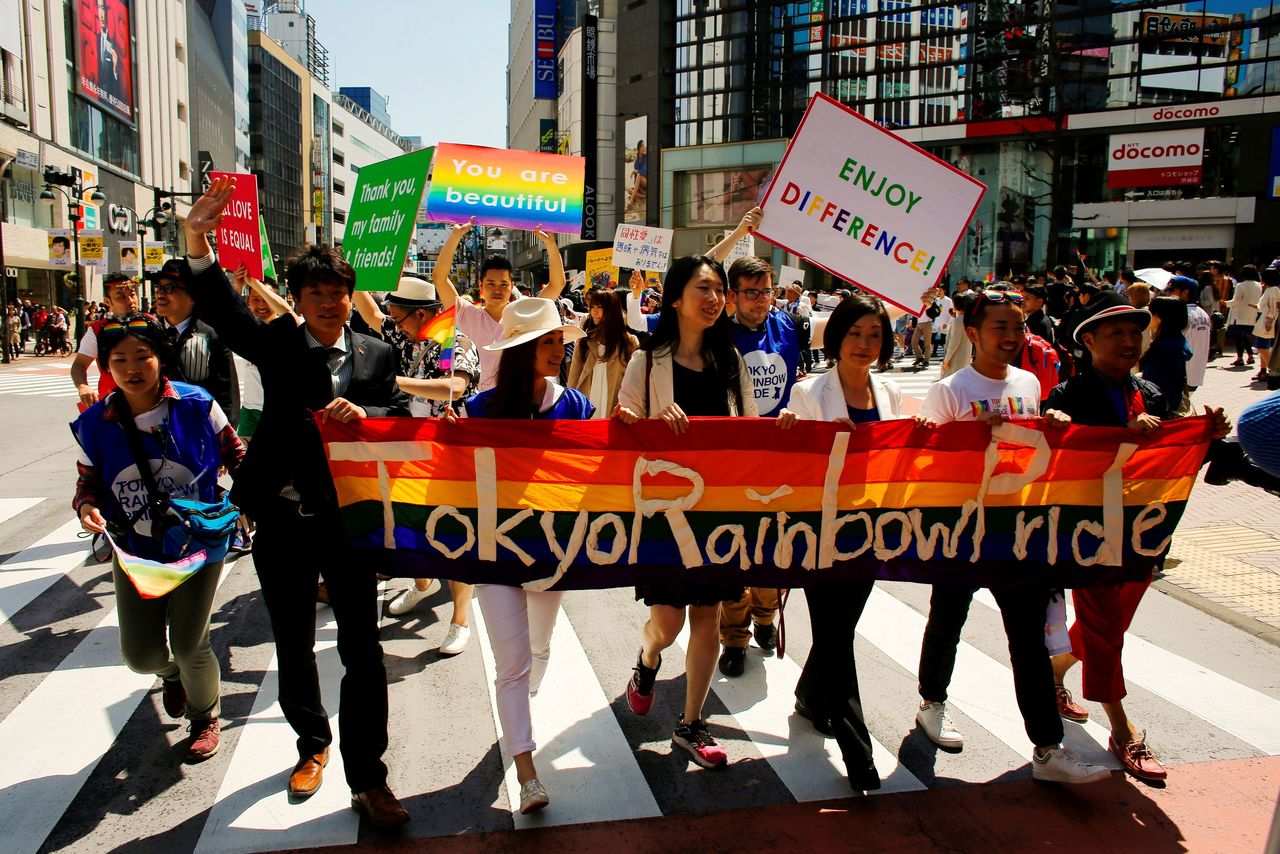 FILE PHOTO : Participants hold a banner as they march during the Tokyo Rainbow Pride parade in Tokyo April 26, 2015. REUTERS/Thomas Peter