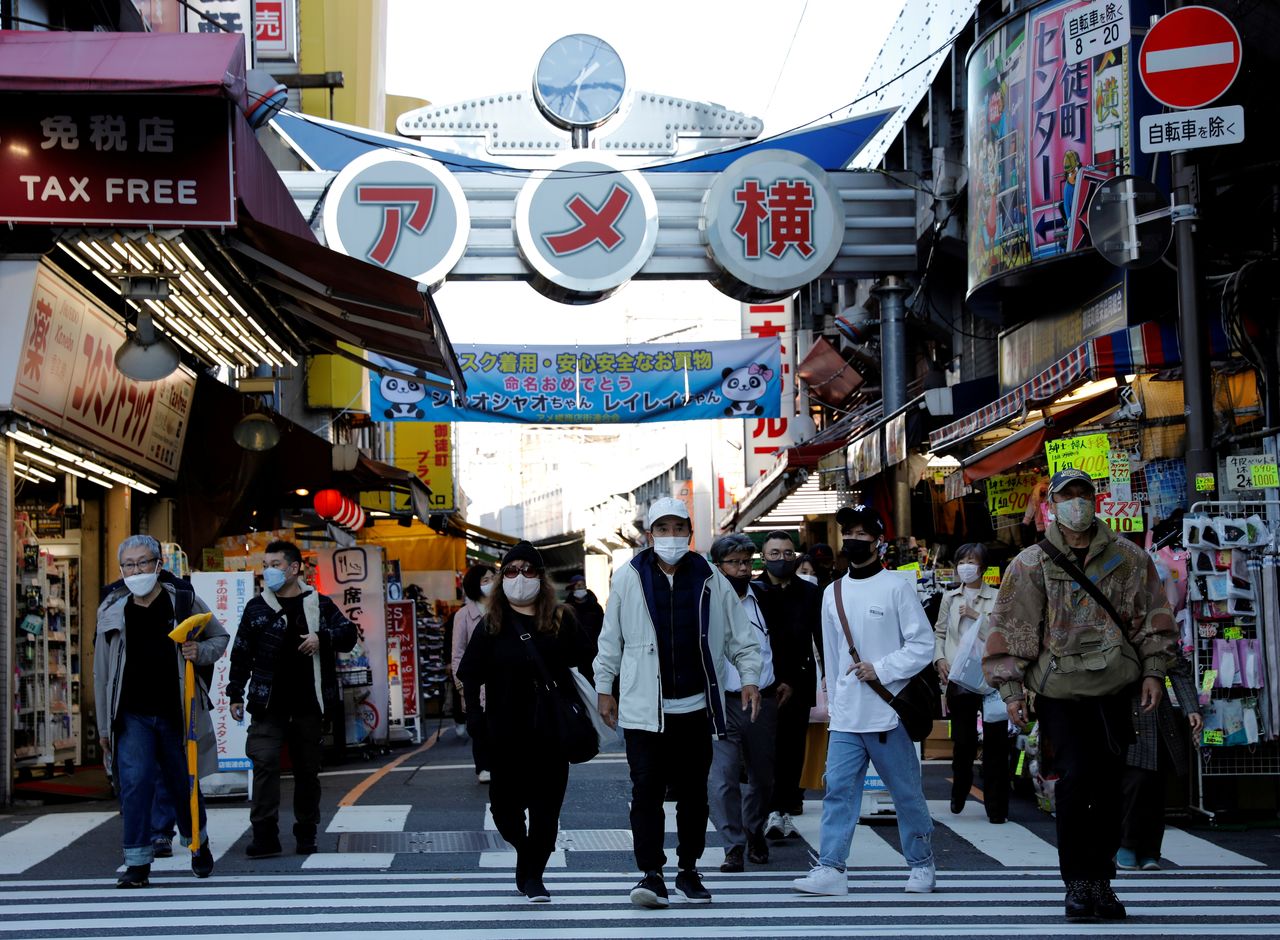 TOKYO (Reuters) - Japan's COVID-19 infections are falling in contrast with rebounds in other parts of Asia, baffling experts.

New daily infections have slowed to fewer than one per million people, the least among major economies except China, and fatalities have fallen to zero in recent days.

South Korea, with similar vaccination coverage, is seeing record infections. Cases remain elevated in Singapore and are rising again in Australia as authorities there relax stringent controls on movement.

One new hypothesis to explain the divergence is that the type of coronavirus dominant in Japan evolved in a way that short-circuited its ability to replicate.

Ituro Inoue, a professor at Japan's National Institute of Genetics, said that subvariant of Delta, known as AY.29, now may be conferring some immunity in the population.

"I think AY.29 is protecting us from other strains," Inoue said, cautioning that his research remained a theory.

Paul Griffin, a professor at the University of Queensland, said differences in case loads between countries resulted from a complex mix of weather, population density, and varying strategies to fight the pandemic.

"We do need to try and take learnings away from other countries, but we shouldn't assume the same experience from country to country, because there are all those variables," Griffin said.

"Some countries are using strategies in addition to vaccination to control the spread, whether it's simple measures on hand hygiene, social distancing, and the use of masks and whether that's mandatory or voluntary."

Japan never locked down in the way that many countries did, but it also never let up on behavioural edicts and border restrictions employed before vaccines arrived.

"Wearing masks and personal hygiene rituals are still the same and important," said Kazuaki Jindai, a researcher at Tohoku University. "The vaccine is a crucial aspect of prevention but not the silver bullet."

Even accounting for vaccines and masking, some think the speed of the decline of cases in Japan is a matter of timing.

Japan's late start on vaccination means that the potency of the shots are still strong. Others point to seasonal trends, that the virus tends to crest and fall in two-month intervals.

Prime Minister Fumio Kishida is leaving little to chance as Japan enters its winter months, which last year saw a deadly infection wave that started in the colder north. He ordered borders shut last week to keep out the Omicron variant of the virus, discovered four times so far in Japan.

In contrast, Australia is going ahead with plans to reopen the economy. Now that the country has hit its vaccination targets and with the arrival of COVID-19 therapeutics, it is time to tolerate an uptick in cases, Griffin said.

"Hopefully locking down is something that we reserve for extenuating circumstances," he said.

Whatever the cause of the decline in cases in Japan, Kishida says it is important to prepare for the worst. Booster shots started last week, and the government has increased hospital capacity by more than 30% since some patients died at home during a fifth wave in August, the worst so far.

Researcher Jindai welcomes those preparations but worries about how they will be implemented and whether Japan can shore up its management of healthcare data, which has been a weak point.

"If the ICU beds are full, that means all downstream healthcare will be compromised," said Jindai, who also works as a physician in Kanagawa prefecture, south of Tokyo. "Until we have the sixth wave in front of us, we can't be sure if those measures worked or not."