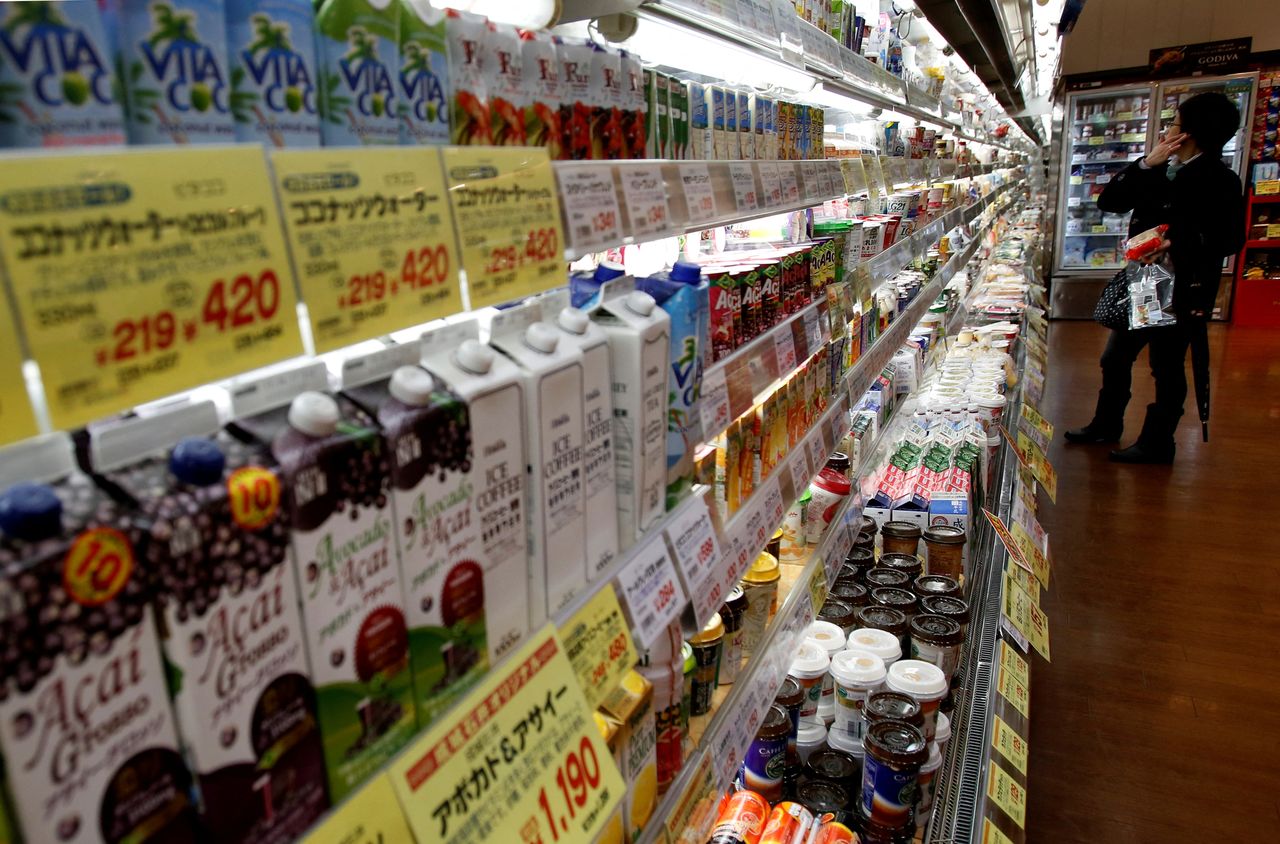 FILE PHOTO: A shopper looks at items at a supermarket in Tokyo February 26, 2015. REUTERS/Yuya Shino/File Photo

The rising cost pressures, coupled with a weak yen that inflates the price of imported goods, add to pain for the world's third-largest economy as it emerges from a consumption slump caused by the coronavirus pandemic.

"Japan imports a lot of goods, so prices may rise for a range of products. That could dent consumption," said Takeshi Minami, chief economist at Norinchukin Research Institute.

The year-on-year rise in the corporate goods price index (CGPI), which measures the prices companies charge each other for their goods and services, was the fastest pace since comparable data became available in 1981.

It exceeded a median market forecast for an 8.5% gain and a revised 8.3% rise in October, Bank of Japan data showed on Friday.

An index measuring yen-based import prices rose a record 44.3% in November from a year earlier in a sign a weak yen was inflating input costs for Japan, which relies heavily on imports for energy and food products.

Oil and coal prices spiked 49.3% in November from a year earlier, accelerating from a 44.4% gain in October. Other key drivers were steel goods, which rose 23.9%, and chemical goods, which were up 14.1%, the data showed.

In a sign the upward pressure was broadening, wholesale prices also crept up for food and machinery goods as more companies passed on rising input costs, it showed.

But the pass-through remains modest for final goods. While raw material costs spiked 74.6% in November from a year earlier, final goods prices were up just 4.6%.

"It's true wholesale final goods prices are rising but the pace remains modest," a BOJ official told a briefing. "Many companies are still cautiously watching whether price hikes would be accepted by customers."

While Japan has not been immune to the impact of rising commodity inflation, firms have been cautious about passing on higher costs to consumers on concerns cost-sensitive households may hold back on spending. Core consumer prices rose just 0.1% in October from a year earlier.