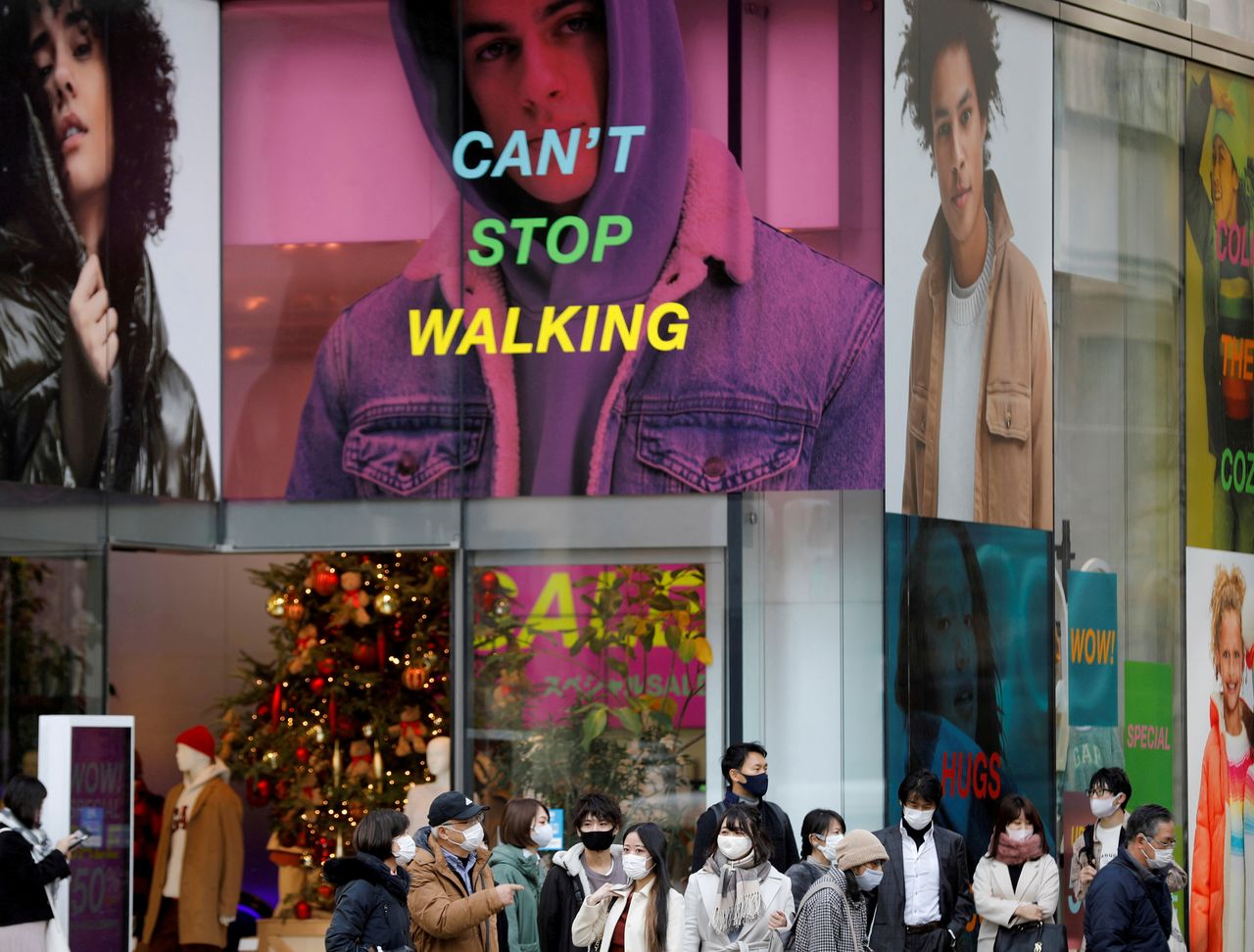 TOKYO (Reuters) - Japan's business mood improved in the three months to December and exports continued to benefit from robust global demand in November, a Reuters poll showed, offering policymakers hope the economy is gradually emerging from its pandemic-induced slump.

The data would bode well for the Bank of Japan, which is set to maintain ultra-easy policy next week and debate whether to phase out pandemic-relief fund schemes that expire in March.

The BOJ's closely-watched "tankan" survey is likely to show the headline index for big manufacturers' sentiment edged up to plus 19 in December from plus 18 three months ago, according to analysts polled by Reuters.

"Manufacturers' sentiment will likely improve as the worst has passed in terms of chip shortages, and supply constraints caused by Southeast Asian factory shutdowns are gradually easing," said analysts at Mizuho Research & Technologies.

Big non-manufacturers' sentiment index is also seen improving to plus 6 from plus 2, as the Sept. 30 lifting of state of emergency curbs to combat the pandemic helped boost consumption, the poll showed.

Big manufacturers and non-manufacturers both expect conditions to improve three months ahead, according to the poll, highlighting growing optimism among companies over the outlook.

The tankan will also show big firms plan to increase capital expenditure by 9.8% in the fiscal year ending in March, slightly lower than an estimate for a 10.1% gain in the previous survey, the poll showed.

But the December tankan is unlikely to factor in much of the impact of the recent spread of the Omicron new variant, which could hurt business confidence ahead, analysts say.

Markets are also focusing on the tankan's indices gauging corporate funding for clues on whether the BOJ will decide next week to scale down pandemic-relief funding support.

Separate data on Japan's trade balance will show exports rose 21.2% in November from a year earlier, a sign robust global demand continues to underpin the economy, the poll showed.

Machinery orders, a leading indicator of corporate capital expenditure, likely rose 2.1% in October from the previous month, the poll showed.