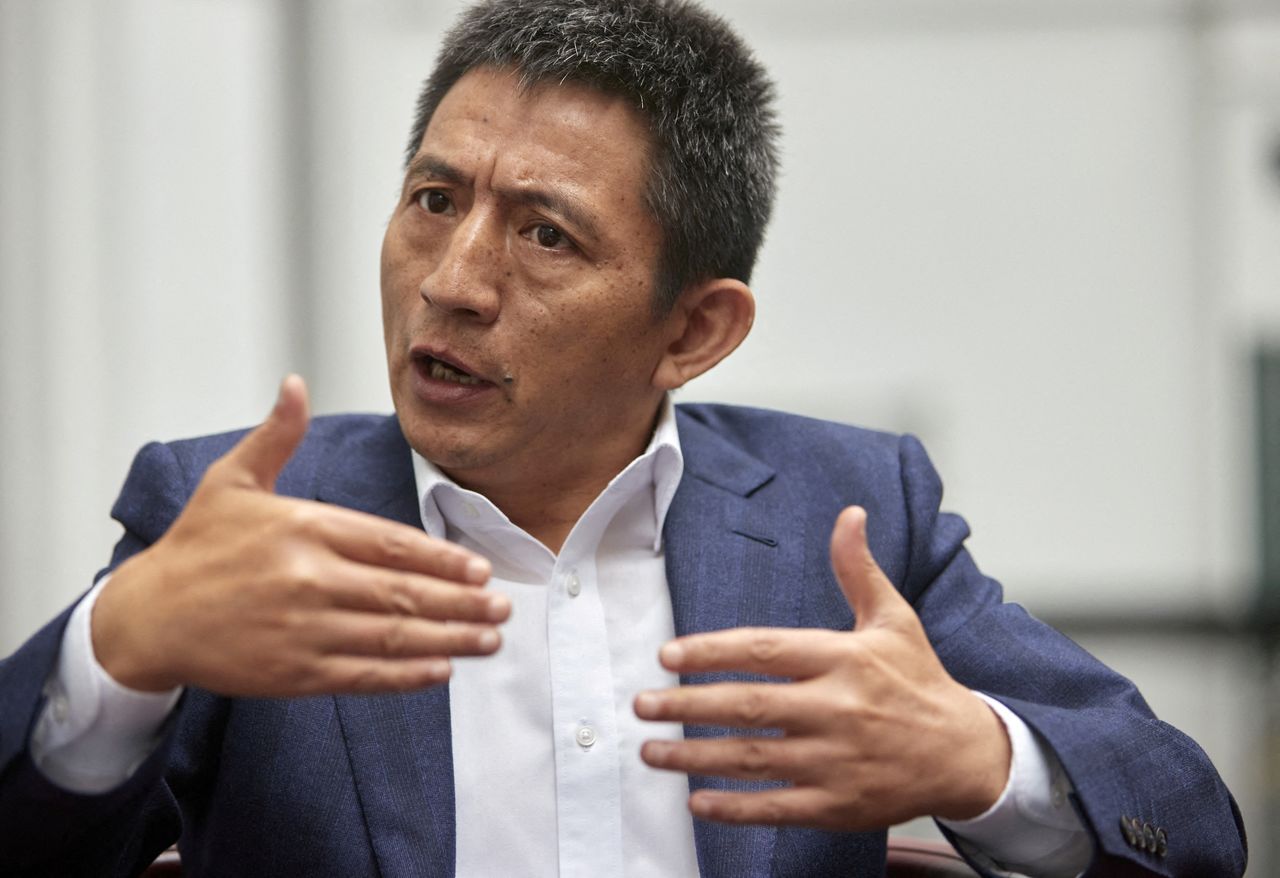 FILE PHOTO: Li Chenggang, China's Ambassador to the World Trade Organisation (WTO), gestures during an interview with Reuters on the sidelines of a ministerial meeting on the fisheries industry in Geneva, Switzerland, July 15, 2021. REUTERS/Denis Balibouse/File Photo

GENEVA (Reuters) - China's ambassador to the World Trade Organization said on Friday that Beijing would remain a "developing" country at the global trade body but would forego many of the benefits, signalling an important shift to trading partners.

China, which has the world's second largest economy, is this week celebrating 20 years since joining the Geneva-based trade watchdog, during which it has seen outstanding economic growth thanks largely to its participation in global trade.

Li Chenggang said in an interview with Reuters that despite strong growth China still considers itself a developing country due to lingering poverty but that it would seek carve-outs "in only a few areas" such as agriculture and financial services.

"We will not ask for a blank cheque for SDT (special and differential treatment). We will carefully assess our needs," he said. In major negotiations on cutting fishing subsidies in order to boost global fish stocks, Li said China, which is a major fishing nation, may forego all such exemptions.

He declined to say when, or under what conditions, China would cease to consider itself a developing country altogether under WTO rules.

WTO members including the United States, Australia and Japan levelled other criticisms at China in an October trade review, pointing to subsidies for state enterprises and saying these violate the conditions for China's WTO membership in 2001.

However, Li, who was involved in China's 15-year-long accession negotiations, defended China's record saying that it had surpassed some of the entry criteria, pointing to reductions in tariff rates and the opening of its services sectors.

"We will keep an open mind to the criticism but it should be reasonable, it should be constructive," he said.

In a sign of the importance of the 20th anniversary to China, its mission distributed lapel pins with "20" on them, with a depiction of the Great Wall of China around the WTO logo forming the "0".

The WTO is at a critical juncture, having been weakened by global discord, the COVID-19 pandemic and the indefinite closure of its top appeals chamber two years ago when Washington blocked appointments of new judges.

A key ministerial meeting (MC12) this month -- where it had a chance to prove its relevance -- was postponed due to concerns about the new Omicron coronavirus variant.

Li said he thought that delay had cut some of the "positive momentum" in trade talks and called for members to work towards a clear roadmap for restoring the Appellate Body next year.

Closer trade cooperation between the United States and the European Union, namely on steel following an October deal, is seen by trade experts as a possible threat to China which Washington and Brussels blame for overcapacity in the market.

Asked to respond, Li said it was unfair to attack its steel industry, which he said was 90% for domestic use. "Blaming China is an easy way to catch eyes, but it's not the right way to address the issue," he said, calling for a "more frank and rational" discussion.