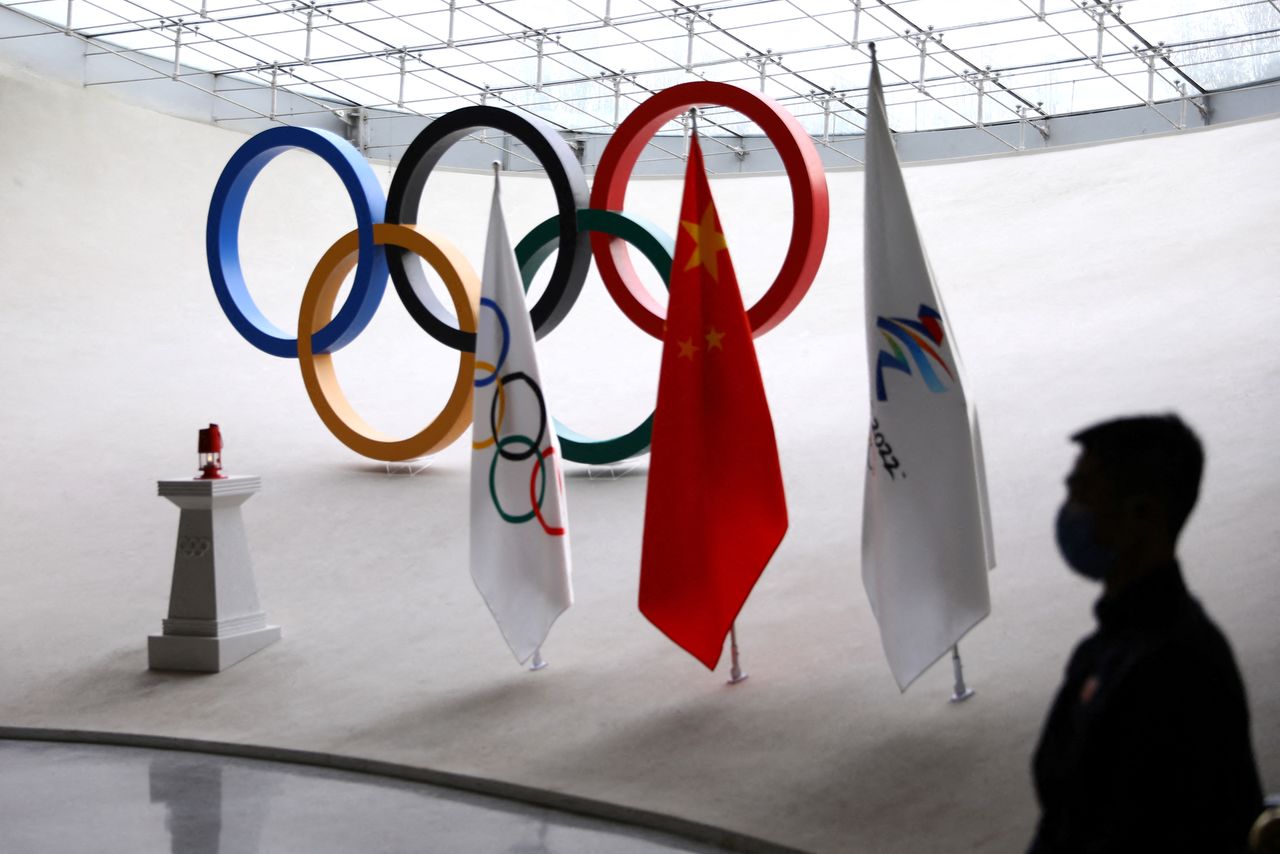 A staff member stands guard near a safety lantern carrying the Olympic flame of the Beijing 2022 Winter Olympics that is displayed inside the Olympic Tower, in Beijing, China December 10, 2021. REUTERS/Tingshu Wang

(Reuters) - Senior Japanese government officials will likely skip the Winter Olympics in Beijing in February, joining the United States in a diplomatic boycott, the Yomiuri newspaper reported on Saturday, citing multiple sources with knowledge of the matter.

Earlier this week, Canada joined Australia, Britain and the U.S. in saying they would not send top officials to the Games, citing longstanding concerns over China's human rights record.

China has called the boycotts "political posturing" and a smear campaign.

The Yomiuri said Japan is likely to make a formal decision by the end of the month. The only officials now expected to attend are Olympics-related personnel, including Seiko Hashimoto, the former head of Tokyo's Olympic organising committee, the newspaper said.

On Friday, Japan's chief spokesman said nothing had been decided on whether the country was planning on sending officials to attend the event.