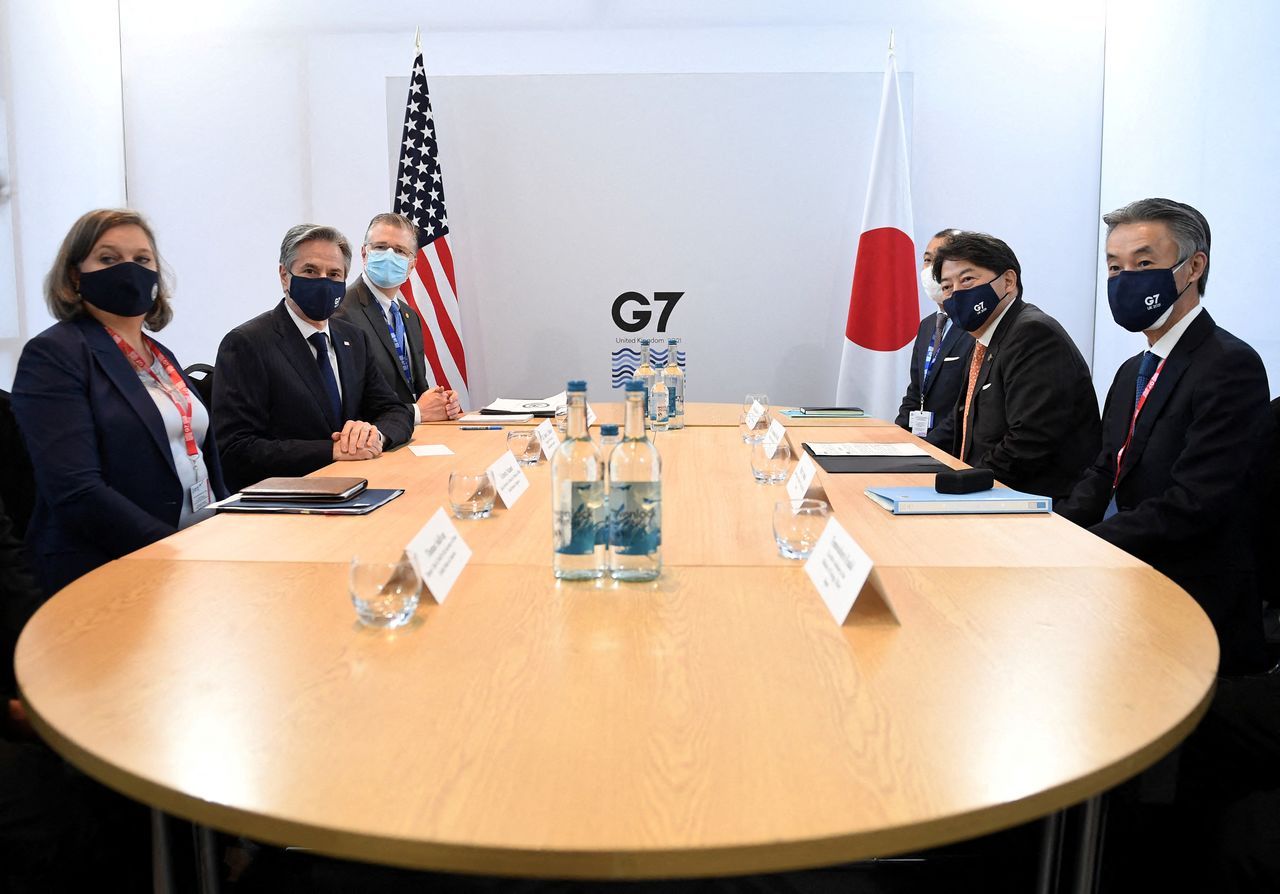 U.S. Secretary of State Antony Blinken and Japanese Foreign Minister Yoshimasa Hayashi pose as they meet during the G7 summit of foreign and development ministers in Liverpool, Britain December 11, 2021. Olivier Douliery/Pool via REUTERS

Hayashi and Blinken held talks on the sidelines of a meeting of Group of Seven (G7) foreign ministers in the English city of Liverpool.

"The ministers, in light of the increasingly severe security environment in the region, agreed it is indispensable to boost the deterrence and response capabilities of the Japan-U.S. alliance," the official said in a media briefing.

Hayashi and Blinken did not discuss the diplomatic boycott of the Beijing Winter Olympics, the official said.

Earlier this week, Canada joined Australia, Britain and the United States in saying they would not send top officials to the Games, citing longstanding concerns over China's human rights record, while Japan has yet to make its stance clear.

Japan's Yomiuri Shimbun daily reported on Saturday, citing multiple sources with knowledge of the matter, that senior Japanese government officials will likely skip the Games, joining the United States and others in a diplomatic boycott.