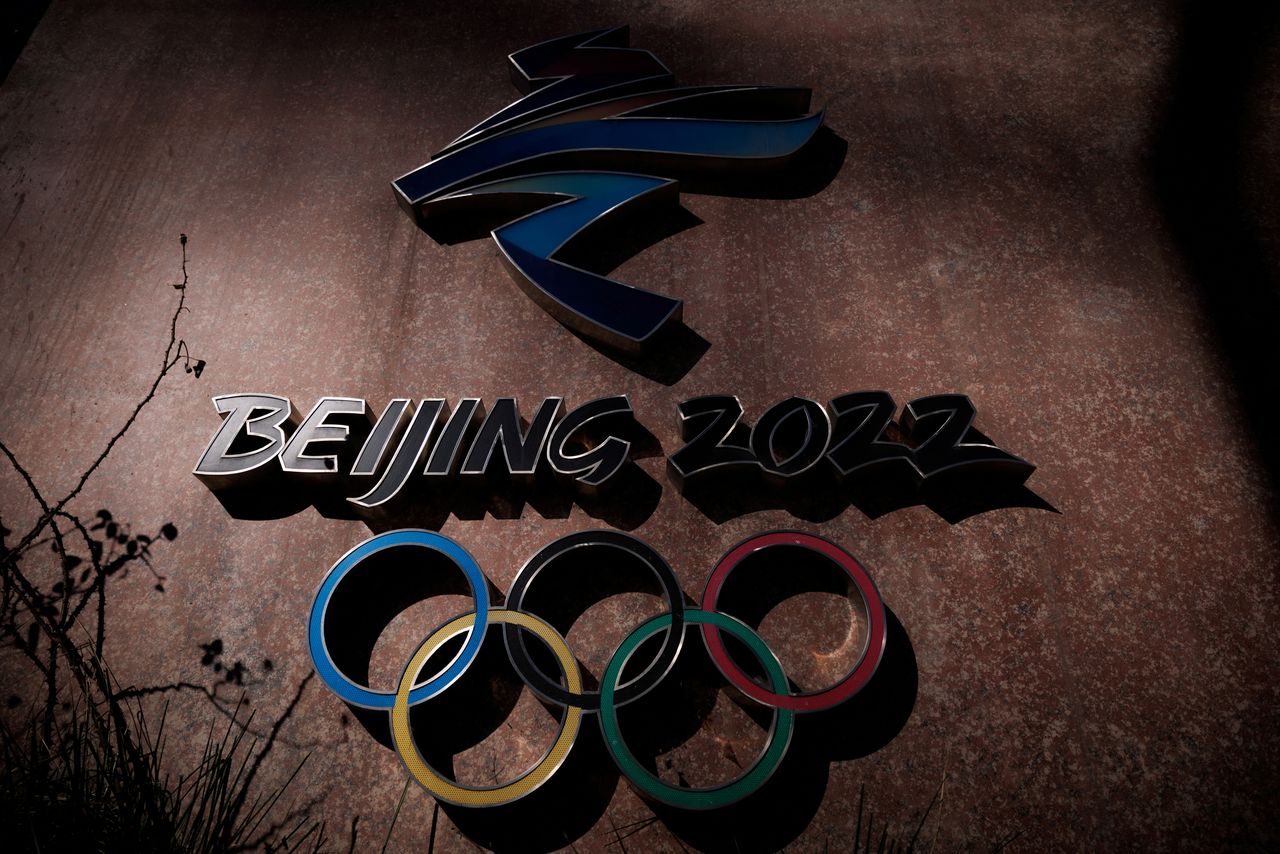 FILE PHOTO: The Beijing 2022 logo is seen outside the headquarters of the Beijing Organising Committee for the 2022 Olympic and Paralympic Winter Games in Shougang Park, the site of a former steel mill, in Beijing, China, November 10, 2021. REUTERS/Thomas Peter

(Reuters) - Australian skier Matt Graham has seen his hopes of a second Olympic medal-winning performance in Beijing in February suffer a serious blow after undergoing surgery for a broken collarbone.

Graham, who won silver in the moguls at the Pyeongchang Olympics in 2018, crashed during a training run in Idre Fjall in Sweden ahead of a World Cup event.

The 27-year-old snapped two bones, according to Australian Associated Press, and will recuperate in Sydney after undergoing surgery in Sweden.

Graham had been in fourth place after qualifying but did not compete in the finals because of the crash.

Japan's Ikuma Horishima went on to win the event while his compatriot Anri Kawamura claimed the women's title, with Australia's Jakara Anthony in third.

Anthony's podium finish was one of five achieved across Europe by Australian winter sport athletes over the weekend.

"Walking away with the gold today feels pretty amazing," the 31-year-old Scott told the Olympic Winter Institute of Australia.

"It's been a bit of a slow but good build to the season," he said. "To have a team mate on the podium is pretty special. We have a pretty awesome team dynamic right now, and it's even sweeter I guess."

Bree Walker, meanwhile, won silver in the monobob event in Winterberg in Germany, her third straight medal in the discipline.