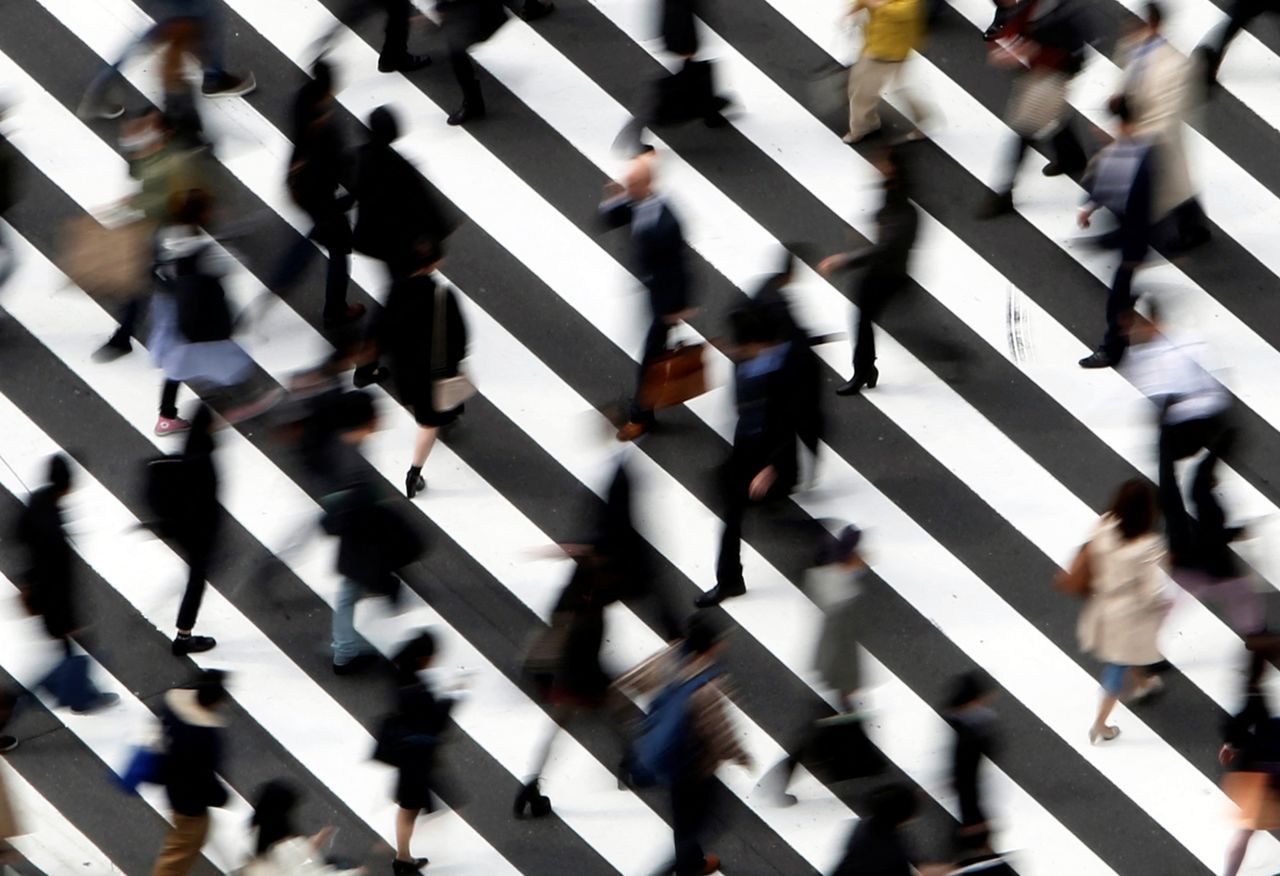 TOKYO (Reuters) -Japan's service-sector mood improved to a two-year high but the recovery among manufacturers stalled, a closely watched central bank survey showed, a sign rising raw material costs was weighing on the economy's recovery from the pandemic.

"Non-manufacturers' sentiment got a boost from the end to pandemic curbs, while supply constraints hit manufacturers," said Toru Suehiro, an analyst at Daiwa Securities.

"Overall, business confidence lacks strength with both manufacturers and non-manufacturers expecting conditions to worsen," he said.

The headline index gauging big manufacturers' sentiment stood at plus 18 in the final quarter of 2021, unchanged from the previous quarter and below a market forecast for plus 19, the Bank of Japan's (BOJ) tankan survey showed on Monday.

By contrast, big non-manufacturers' sentiment improved for the sixth straight quarter at plus 9, up from plus 2 in September and exceeding market forecasts of plus 6.

The index hit the highest level since December 2019, as the Sept. 30 lifting of state of emergency curbs to combat the COVID-19 pandemic boosted morale among retailers.

But the survey, conducted for a month through Dec. 10, likely did not incorporate much of the recent spread of the Omicron variant, with nearly 80% of the replies coming in by Nov. 29.

An index gauging big manufacturers' output prices rose to levels last seen in 1980, though the gauge for input prices was also at its highest since 2008, the survey showed, a sign firms may struggle to hike prices as much as needed to cover costs.

Companies expect inflation to hit 1.1% a year from now, the tankan showed, marking the highest level since September 2015.

Despite the murky outlook, companies plan to increase hiring and capital expenditure to deal with a chronic labour shortage.

Big firms plan to increase capital spending by 9.3% in the year ending in March 2022, less than market forecasts for a 9.8% gain but rebounding from an 8.3% drop in the previous year.

Japan has lagged other countries in staging a strong rebound from last year's pandemic hit, shrinking an annualised 3.6% in July-September due to weak consumption and output hit by a spike in infections and supply constraints.

While analysts expect growth to bounce back in the final quarter of this year, some warn the emergence of Omicron clouds the outlook and may keep the recovery feeble next year.