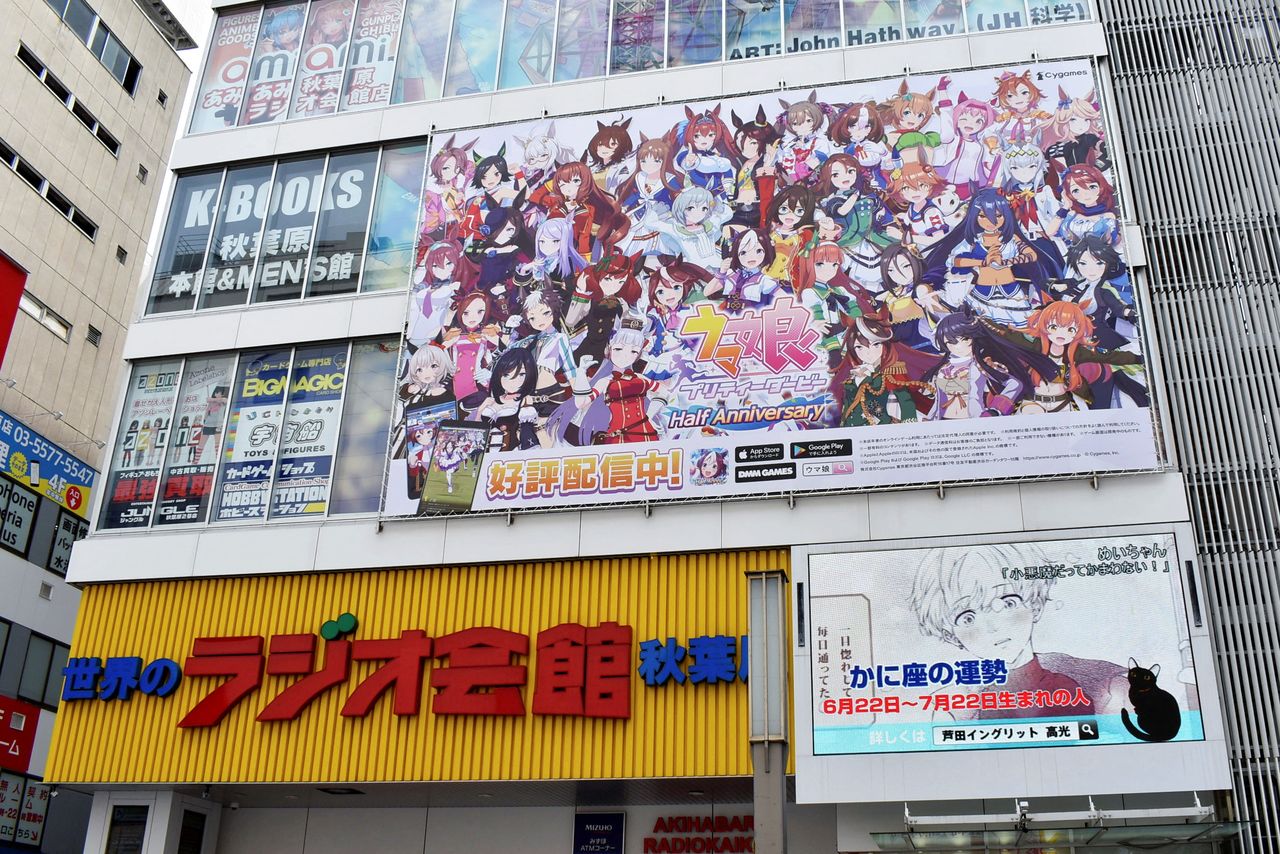 TOKYO (Reuters) - When an ageing racehorse, Makahiki, broke records by winning his first race in five years in Kyoto in early October, Japanese social media was flooded with comments from an unlikely group of racing enthusiasts: gamers.

The online outpouring was the latest sign of boundary-spanning for "Uma Musume Pretty Derby", the Japanese mobile gaming industry's first runaway hit in a decade. The game has found a niche by bridging the historically disparate subcultures of horse racing and women pop stars known as "idols."

Players train and race female characters dressed in school- and military-inspired costumes, with the addition of horse ears and tails. Race winners perform a pop concert.

The results have been unequivocally spectacular: since it was released in February, the game has generated hundreds of millions of dollars for its creator, Cygames, and the developer's parent, online ad agency CyberAgent, making it one of the world's top-grossing mobile games despite its Japan-only release. At times its user base has rivalled megahits such as Tencent's "Honor of Kings".

"I was planning to buy a car but figured I don't really need one and, since I have savings, why not put all my effort into 'Uma Musume'?" said Daiki Minakawa, 25, a software engineer who has spent more than 2 million yen ($18,000) in-game. "I can't buy a car anymore but I don't have any regrets."

The breakout success of "Uma Musume" - which translates to "horse girls" - is a shot in the arm for Japan developers, whose mobile market share has been eroded by an influx of increasingly polished Chinese titles.

"Gacha," a common mechanic in Japanese titles in which real-world money is used to win special items and power-up characters, is what has made the game so lucrative.

Although "Uma Musume" is free, many users spend on gacha - similar to "loot boxes" in Western games - to collect characters and advance. Yohei Tatsumi, 36, a labour and social security attorney, plays in moments of down time and spends 10,000 yen-20,000 yen monthly on the title. "I have no plans to stop," he said.

LED BY GAMERS Cygames' assault on gamers' wallets began with the 2018 launch of an "Uma Musume" animated show, which quickly became a hit. When the game arrived in 2021, industry observers said it was unusually polished for a free-to-play mobile title. "A lot of leaders in mobile game companies have no connection to the game industry," said Serkan Toto, founder of the Kantan Games consultancy. "It's different with Cygames; this company is led by gamers." Cygames and CyberAgent declined interview requests.

The success is all the more notable as gaming firms such as DeNA and Nintendo, which both have stakes in Cygames, have struggled to launch mobile hits. Japan's mobile market is dominated by three ageing titles: Mixi's "Monster Strike", GungHo's "Puzzle & Dragons" and "Fate/Grand Order" from Sony's music division. Gamers say that "Uma Musume" is pulling them, and their spending, away from those products. Profit at the gaming unit of CyberAgent tripled to 96.4 billion yen ($840 million) in the year ended September, although it slipped in the fourth quarter. The firm declined to make a forecast for the financial year, citing uncertainty over gaming performance.

But the game continues to spill over into the real world, with voice artists from the show this month performing at a Tokyo racetrack in costume, with horses running behind them. High-spending users say they remain committed. "I'm doing gacha with love. It's for love. I'm saying 'thank you' to Cygames for giving birth to 'Uma Musume,'" Minakawa said.