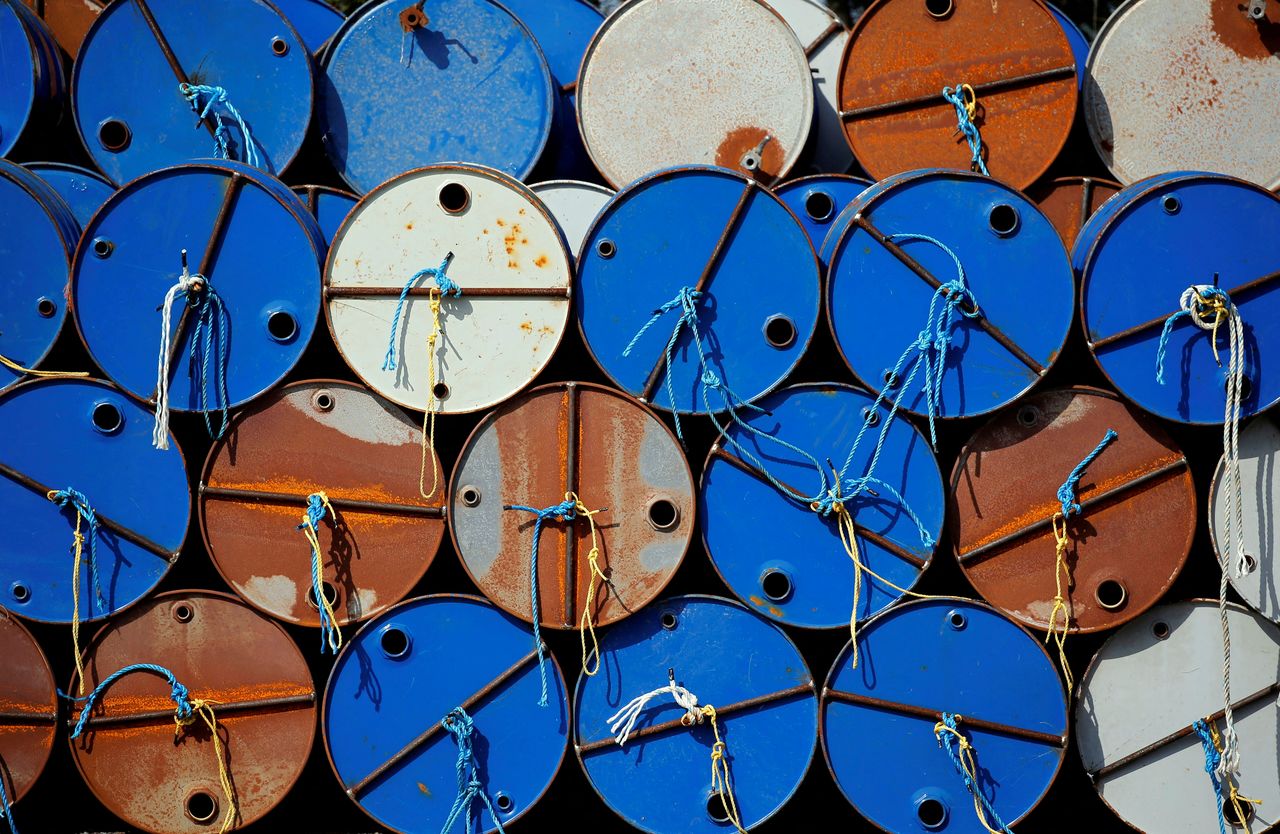 NEW YORK (Reuters) -Oil futures eased on Monday on worries that rising coronavirus cases around the world could reduce crude demand as new doubts emerged about the effectiveness of vaccines against the Omicron variant.

The Omicron variant, reported in more than 60 countries, poses a "very high" global risk, with some evidence that it evades vaccine protection, according to the World Health Organization.

The Organization of the Petroleum Exporting Countries raised its world oil demand forecast for the first quarter of 2022 but left its full-year growth prediction steady, saying the Omicron variant would have a mild impact as the world gets used to dealing with the COVID-19 pandemic.

Governments around the world, including most recently Britain and Norway, were tightening restrictions to stop the spread of the Omicron variant.

At least one person died in Britain after contracting Omicron, the first publicly confirmed death globally from the swiftly spreading variant.

In China, a major manufacturing province, Zhejiang, was fighting its first COVID-19 cluster this year, with hundreds of thousands of citizens now in quarantine.

"China is the world’s largest importer of crude oil, and those barrels could come under pressure rather quickly if Covid were to spread unchecked in the world’s most populous country," said Bob Yawger, director of energy futures at Mizuho in New York.

OPEC and its allies, a group known as OPEC+, will meet on Jan. 4 to decide on their output policy.

Iraq's oil minister on Sunday said he expected OPEC at its next meeting to maintain its current policy of gradual monthly increases in supply by 400,000 barrels per day (bpd).

Saudi Arabia's energy minister said oil markets could face a dangerous period as reduced investments in exploration and drilling threaten to cut crude production by 30 million barrels per day by 2030.

In the United States, meanwhile, crude output from the Permian basin, the biggest U.S. oil shale formation, is expected to hit a record high in January, according to government data.

In Europe, natural gas prices surged 11% on Monday on colder forecasts and worries that Gazprom PAO's Nord Stream 2 gas pipe from Russia to Germany will remain shut if Russia renews aggression against Ukraine.

That pipeline would help boost supplies of gas in Europe where stockpiles were at extremely low levels for this time of year.

Analysts have said those higher gas prices should support oil demand and prices as European manufacturers and power generators switch from scarce and expensive gas to oil to fuel their facilities.

Traders will also focus this week on monetary policy decisions expected to be taken by the European Central Bank (ECB), the U.S. Federal Reserve, the Bank of England and the Bank of Japan, potentially including early halts to stimulus packages.