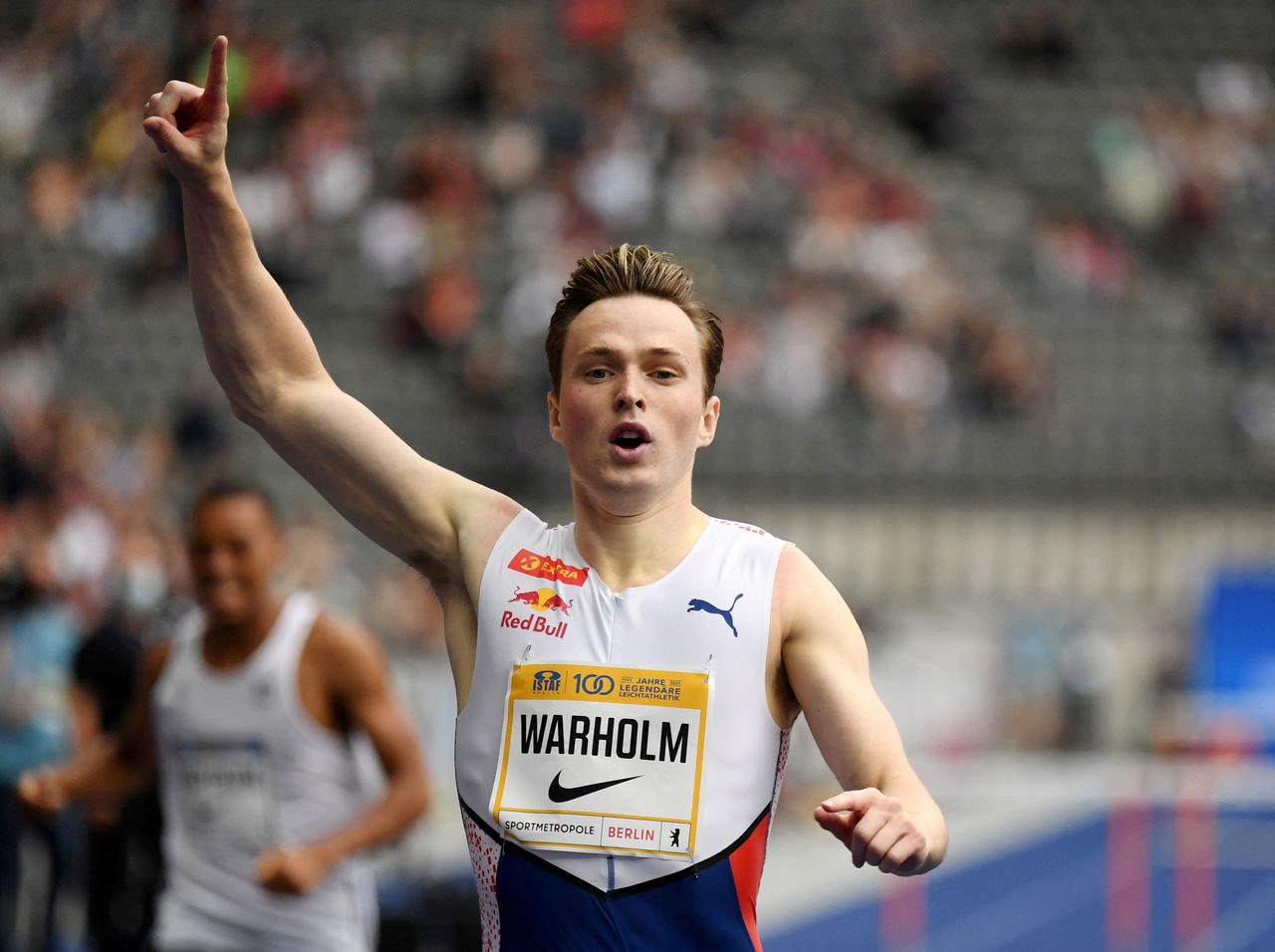 LONDON (Reuters) - When World Athletics chief Sebastian Coe began his review of the year by highlighting "some jaw-dropping performances" he perfectly encapsulated the sport's current paradox - people are stunned by what they are seeing, but not necessarily impressed.

For decades, huge world records were often greeted with a weary assumption of doping but many of today's even bigger leaps are the result of "performance-enhancing technology".

The dropping of the jaw is all-too often accompanied by the shaking of the head as a succession of astounding performances on track and road have left fans utterly discombobulated.

Illustrating the issue perfectly was the men's Olympic 400 metre hurdles final in Tokyo this year, widely acclaimed as one of the greatest races in history.

American Kevin Young's world record of 46.78 seconds had stood for 29 years before Norway's Karsten Warholm finally nibbled eight hundredths off it in Oslo in July.

In Tokyo, Warholm scorched an incredible 45.94 seconds nL8N2PA0FK, while American Rai Benjamin and Brazilian Alison do Santos were also inside Youngs' mark that had been untouchable for almost three decades.

As sceptics reacted not with adulation but with questions about the seemingly obvious impact of the new carbon-plated, thick-soled spikes and the "energy-returning" Tokyo track, Benjamin hit back by saying he could have done it in any shoes.

"No one will do what we just did," he said. "Kevin Young, Edwin Moses (who broke the world record four times and won two Olympic golds in a 10 year run of 122 consecutive race wins), respect to those guys, but they cannot run what we just ran."

It was a similar story, albeit with smaller margins, in the women's event where Sydney McLaughlin and Dalilah Muhammad nL8N2PB0FH ran inside McLaughlin's pre-Games world record and almost a second faster than the mark set by Russian Yuliya Pechonkina in 2003 that stood for 16 years.

Of course, times have always got faster and technical innovations have helped, but the leaps being seen now are, in the words of Warholm himself, "taking credibility away from our sport" as he bizarrely criticised Benjamin's carbon shoes for having thicker soles than his own.

One of the other highlights of the Tokyo Olympic programme was Jamaican Elaine Thompson-Herah's unprecedented retention nL8N2PA500 of both 100m and 200m titles as, also aided by carbon spikes, she edged within touching distance of the extraordinary and hugely dubious times set by the late Florence Griffith Joyner in 1988.

It is a similar story on the roads, where World Athletics' 2020 shoe design rules must be one of the greatest examples of closing the stable door after the horse has not only bolted but disappeared over the hills.

Records continue to tumble at all levels and this year has seen almost two minutes wiped off the women's half-marathon world record, in three massive bites.

Coe says it is pointless now trying to place these seemingly stupendous performances in historical context and, in the case of the two 400m hurdles races, for example, he is surely right that fans should sit back and just appreciate the stunning head-to-head showdowns on the biggest stage of all.

However, perhaps the most uplifting event of the athletics year did not feature a record, or an outright winner, as Mutaz Essa Barshim of Qatar and Italian Gianmarco Tamberi found themselves locked together after three fails at 2.39 metres in the Olympic high jump final.

Barshim asked an official: “Can we have two golds nL8N2P80LD?" and when he said "yes", and both men erupted in joy, it was truly one of the great Olympic moments.