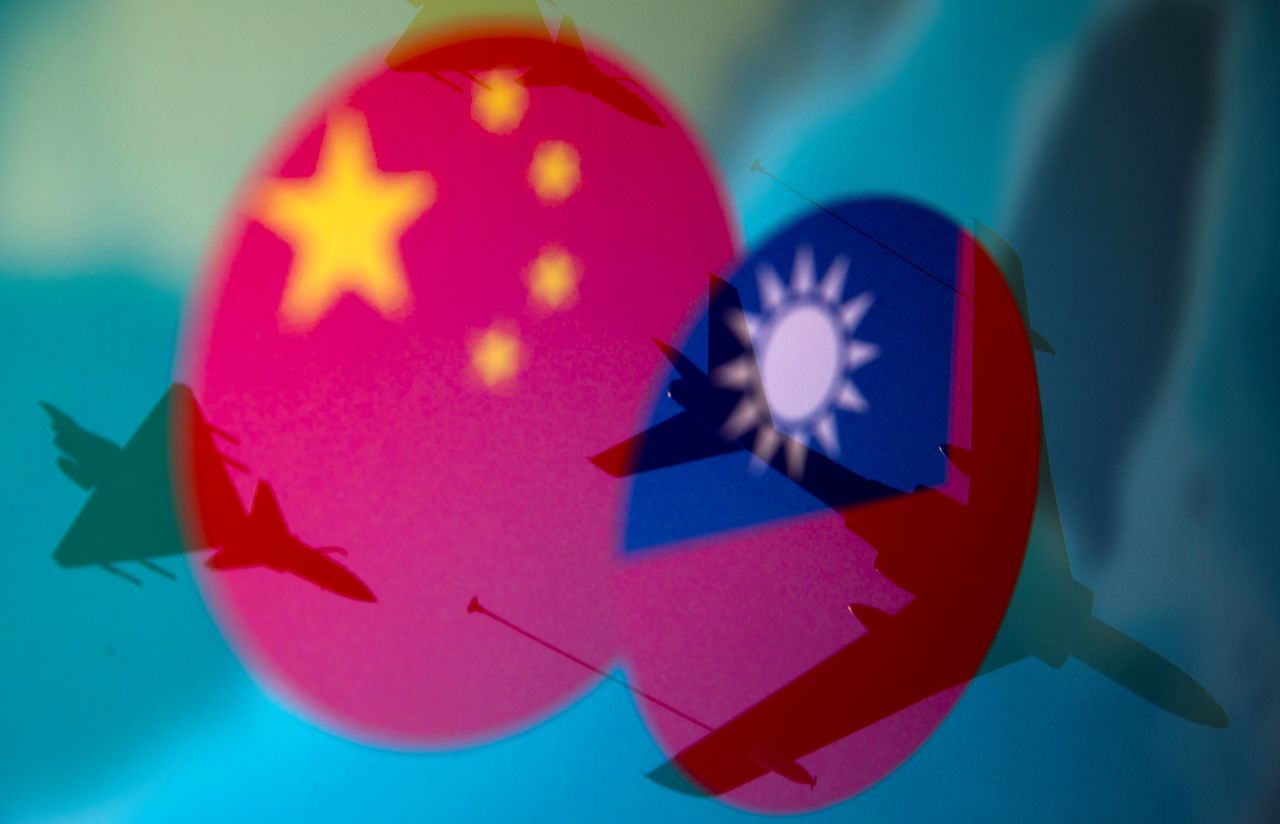 TAIPEI (Reuters) - A full Chinese invasion of Taiwan with troops landed and ports and airports seized would be very difficult to achieve due to problems China would have in landing and supplying troops, Taiwan's Defence Ministry said in its latest threat assessment.

Tensions between Taipei and Beijing, which claims the democratically-ruled island as its own territory, have risen in the past two years as China steps up military activities near Taiwan to pressure it to accept Chinese rule.

In a report to lawmakers, Taiwan's Defence Ministry said China's transport capacity was at present limited, it would not be able to land all its forces in one go, and would have to rely on "non-standard" roll-on, roll-off ships that would need to use port facilities and transport aircraft that would need airports.

"However, the nation's military strongly defends ports and airports, and they will not be easy to occupy in a short time. Landing operations will face extremely high risks," the ministry said in its report, a copy of which was reviewed by Reuters.

China's logistics face challenges too, as any landing forces would need to be resupplied with weapons, food and medicines across the Taiwan Strait that separates the two, it added.

"The nation's military has the advantage of the Taiwan Strait being a natural moat and can use joint intercept operations, cutting off the Communist military's supplies, severely reducing the combat effectiveness and endurance of the landing forces."

China would also need to keep some of its forces in reserve to prevent any foreign forces joining in to help Taiwan and to keep close watch on other fractious areas of China's border, like with India and in the South China Sea, the ministry said.

"U.S. and Japanese military bases are close to Taiwan, and any Chinese Communist attack would necessarily be closely monitored, plus it would need to reserve forces to prevent foreign military intervention," it added.

"It is difficult to concentrate all its efforts on fighting with Taiwan."

Experts say though that China has other means at its disposal to bring Taiwan to its knees short of a full out invasion, including a blockade or targeted missile attacks.

Taiwan President Tsai Ing-wen is overseeing a military modernisation programme to make the island harder to attack, making the military more mobile and with precision weapons like longer-range missiles to take out an attacking force.

The government is planning an extra T$240 billion ($8.66 billion) over the next five years in military spending to go mostly toward naval weapons, including missiles and warships.