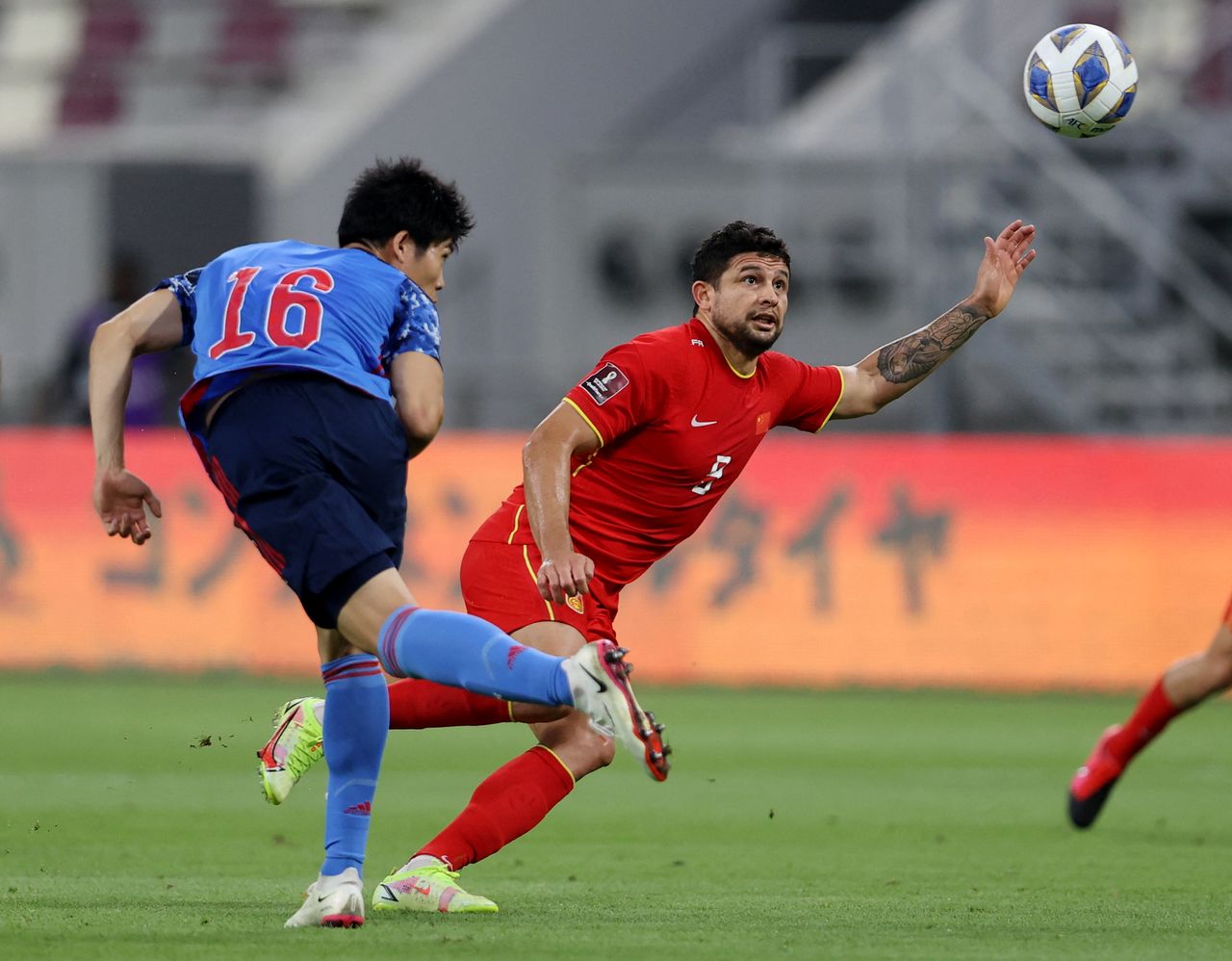 HONG KONG (Reuters) - Brazil-born striker Elkeson said he will continue to represent China despite his decision to leave Chinese Super League side Guangzhou FC and return to South America.

Elkeson confirmed he has left eight-time champions Guangzhou, with the club struggling as a result of the financial difficulties of their owners.

The striker won four league titles and two Asian Champions League crowns with Guangzhou, while also winning the CSL during a spell with Shanghai SIPG.

The 32-year-old, who in 2019 became the first player without Chinese heritage to be selected for the national team, wrote on social media platform Weibo that he would be available for the country's upcoming World Cup qualifiers.

"I am Chinese and this is the country in my heart," he said.

"As long as the national team needs me, I will go there without hesitation, and I promise to dedicate all my strength to the national team, and fight with my team mates to the last minute."

"Those moments of celebrating with the fans, the cheers after each goal will be in my mind forever," he added.

"Thank you to the club for trusting me, thank you to everyone in the team. In adversity, it is your help that allows me to continue to make breakthroughs."

China, under new coach Li Xiaopeng, next face Japan on Jan. 27 in the final phase of Asia's World Cup preliminaries.