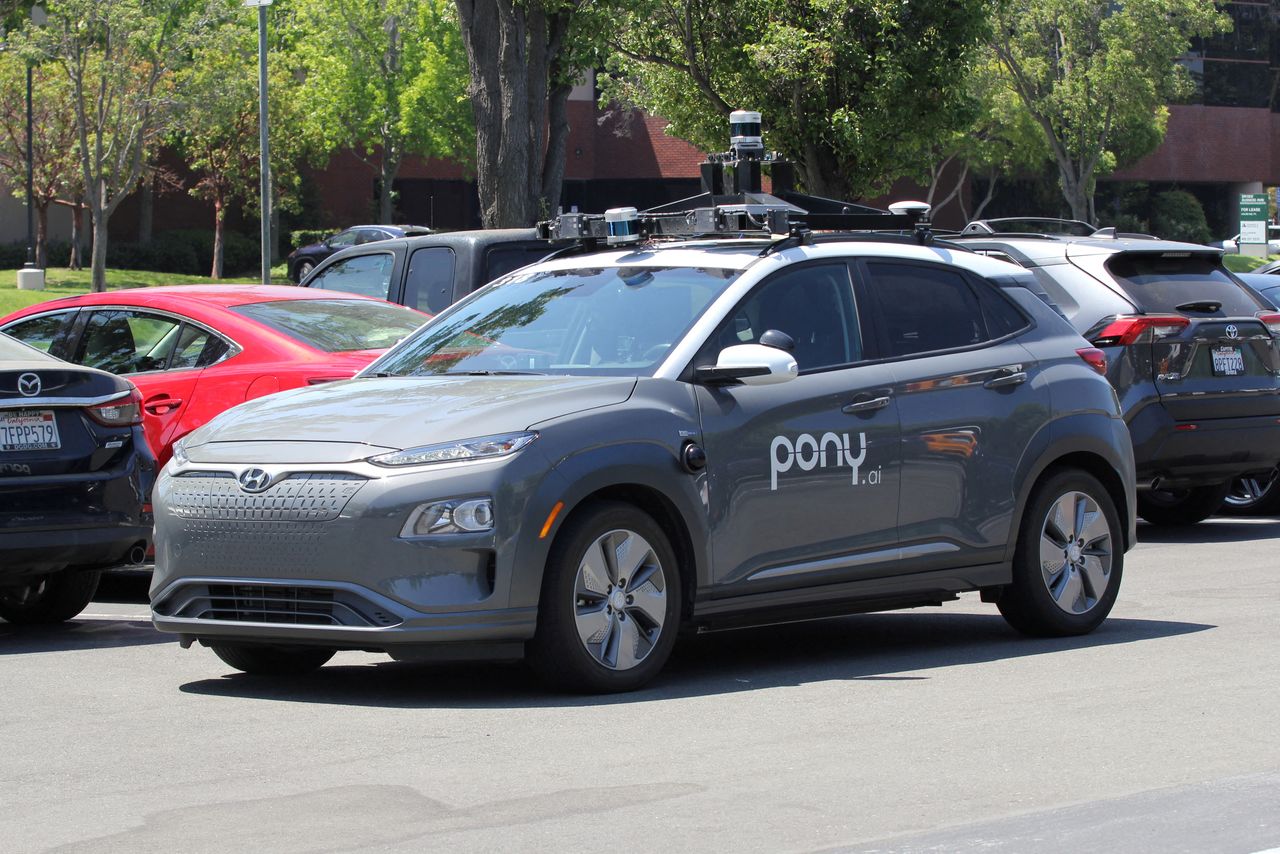 SAN FRANCISCO (Reuters) - A California regulator on Monday said it has suspended a driverless testing permit for startup technology firm Pony.ai following an accident - the first time it has issued such a suspension.

On Oct. 28, a Pony.ai vehicle operating in autonomous mode hit a road center divider and a traffic sign in Fremont after turning right, showed the technology firm's accident report filed with the California Department of Motor Vehicles (DMV).

"There were no injuries and no other vehicles involved," the company, backed by Japan's Toyota Motor Corp, said in the report.

Accidents during driverless testing are not uncommon. It was unclear what aspect of this incident prompted the suspension.

"On Nov. 19, the DMV notified Pony.ai that the department is suspending its driverless testing permit, effective immediately, following a reported solo collision in Fremont, California, on Oct. 28," the DMV said in a statement.

The regulator said Pony.ai has 10 Hyundai Motor Co Kona electric vehicles registered under its driverless testing permit, and that the suspension does not impact Pony.ai's permit for testing with a safety driver.

The suspension comes only six months after Pony.ai became the eighth company to receive a driverless testing permit in California, joining the likes of Alphabet Inc unit Waymo as well as Cruise, backed by General Motors Co.

"We immediately launched an investigation, and are in contact with the California DMV about the incident," a Pony.ai spokesman said. Safety is the "foundation" of the company's autonomous vehicle technology, the spokesman said.

The company said the majority of its autonomous driving testing has involved safety drivers, and that will continue to be the case in the near-term.

Pony.ai, which operates in the United States and China, earlier this year suspended plans for a New York stock listing, sources told Reuters.

It halted the plans because it could not gain assurances from Chinese authorities that it would not become a target of increased regulatory action against Chinese technology companies over management and use of user data, the sources said.

The Pony.ai spokesman on Monday declined to comment on listing.