World indices fall ahead of US Central Bank meeting

NEW YORK (Reuters) - Global shares fell on Tuesday and the U.S. dollar rose again as investors held their breath ahead of the update on monetary policy due out from the Federal Reserve on Wednesday.

Wall Street ended lower and the yield on the U.S. 10-year rose after U.S. producer prices https://www.reuters.com/business/us-producer-prices-exceed-expectations-november-2021-12-14 increased by more than expected in November, another data point https://tmsnrt.rs/3IZzotV to support views that inflation could remain uncomfortably high for some time.

"Markets traded defensively ahead of the Fed tomorrow, with equities, bond yields, oil and gold all lower," Brian Martin, head of research at ANZ bank, wrote in a note to investors.

The Federal Reserve https://www.reuters.com/markets/us/will-an-inflation-fighting-fed-break-its-vow-jobs-2021-12-14 is expected on Wednesday to announce that it is speeding up the end of its pandemic-era bond purchases and signal a turn to interest rate increases next year as a guard against surging inflation.

Several central banks meet this week, starting on Tuesday when the Federal Reserve convenes for its two-day event, followed by the European Central Bank on Wednesday, the Bank of England on Thursday, and the Bank of Japan on Friday.

While some investors are sitting on the sidelines, reluctant to take on new positions before year-end, others continue to be happy to "buy the dip," a strategy that has been successful throughout 2021's strong rally, said Benjamin Bowler, equity analyst at Bank of America.

"Markets can continue to run while they think there is solid ground beneath them, and only when they look down does gravity kick in," Bowler wrote in a note Tuesday. "(They) may convince themselves for some time that a less supportive Fed won't derail the rally."

Bowler said this market rally, which is largely fueled by the Fed's stimulative bond-buying policy, is in real risk, especially because current inflation levels could limit what the Fed can do.

The fast-spreading Omicron variant also tamped down the mood on Wall Street after the S&P index last week hit an all-time closing high.

The dollar index rose 0.217%, with the euro down 0.25% to $1.1255. The euro is seen as vulnerable given expectations that the Fed will tighten policy faster than the ECB.

The yield curve had slightly steepened earlier in the session but was flatter in afternoon trading. It has ended each day this month in a relatively tight range around 80 basis points.

The U.S. Treasury yield curve measuring the gap between yields on two- and 10-year Treasury notes was at 77.9 basis points, from 78.1 bps late on Monday.

(Reporting by Elizabeth Dilts Marshall in New York; Additional reporting by Tommy Wilkes in London; Editing by Will Dunham and Lisa Shumaker) 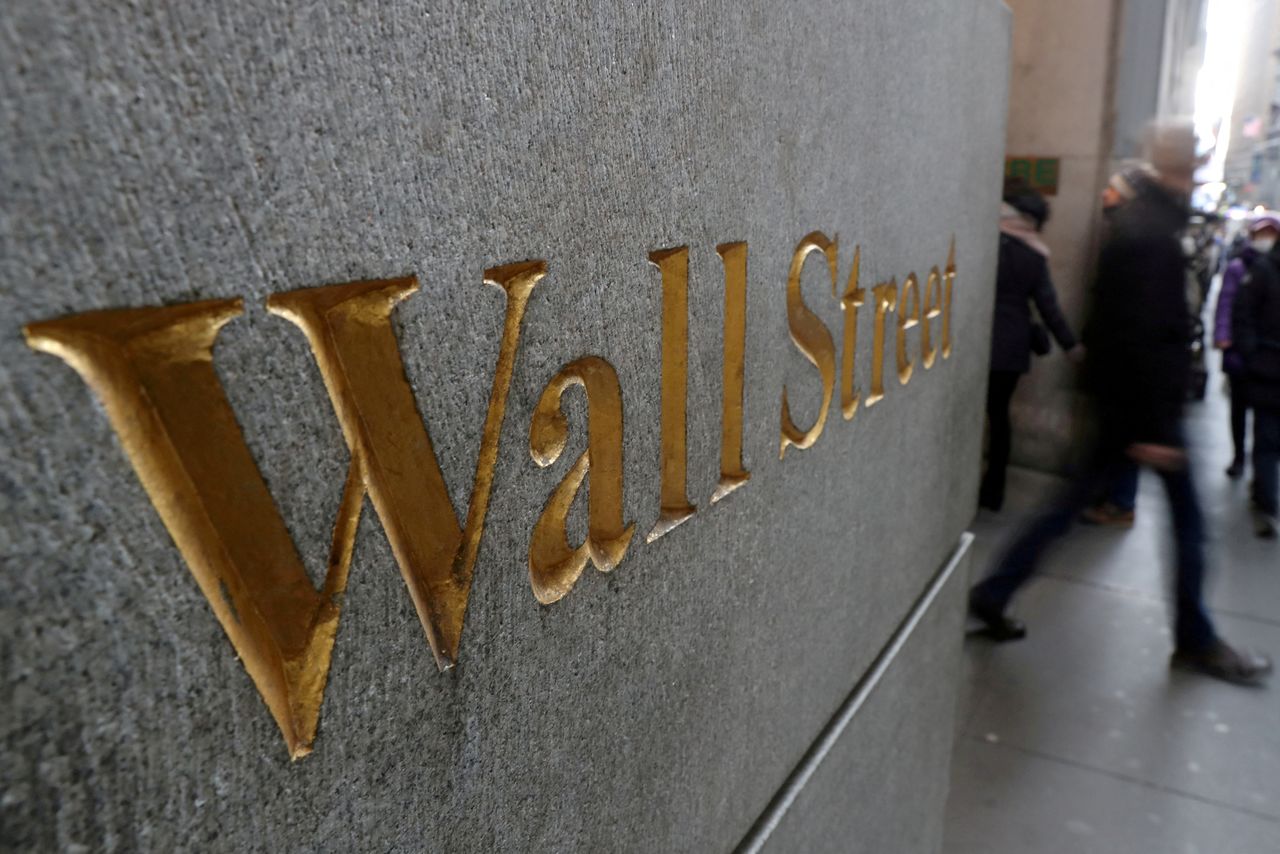 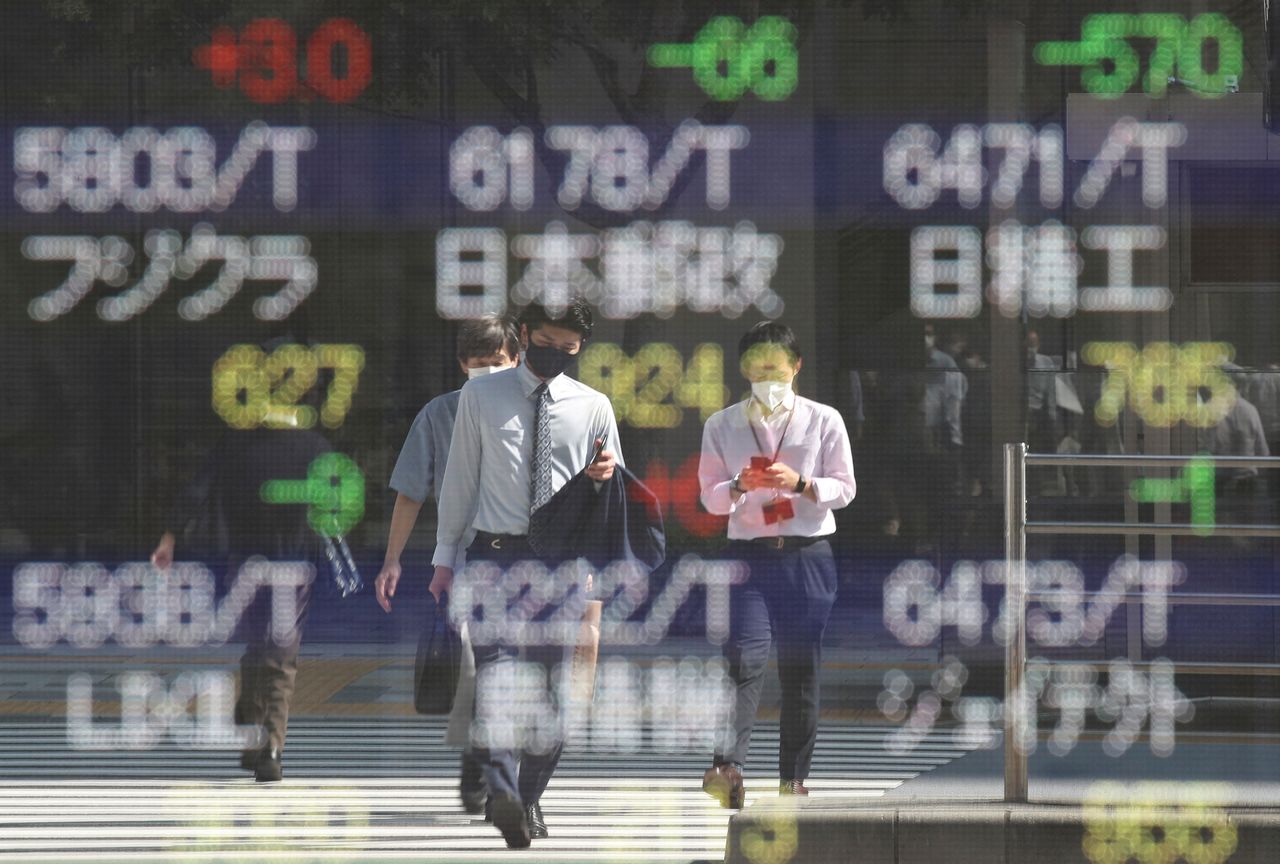 People wearing protective masks, amid the coronavirus disease (COVID-19) outbreak, are reflected on an electronic board displaying Japan's stock prices outside a brokerage in Tokyo, Japan, October 5, 2021. REUTERS/Kim Kyung-Hoon