Cycling-Vintage racing lights up 2021 amid move towards gender equality 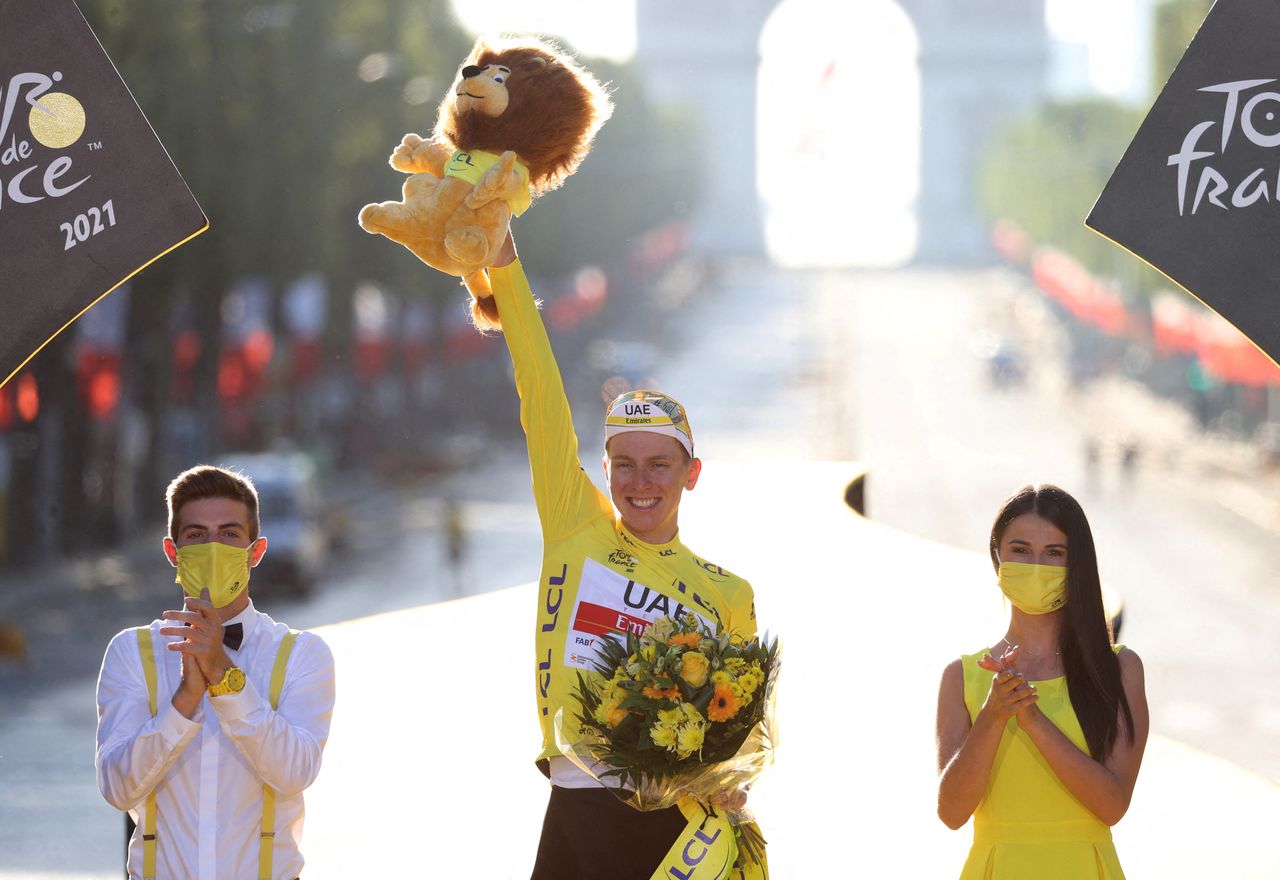 Pogacar threw caution to the wind at the Tour de France as he hammered his rivals in the Alps with a long-range attack on stage eight, reminiscent of the event in the 1980s, and stayed in control for the rest of the race.

It was the 23-year-old Slovenian's second consecutive title, and earned him the nickname 'Baby Cannibal' after five-time Tour winner Eddy Merckx.

"I see him as the new Cannibal," said Merckx, who earned that nickname due to his insatiable appetite for victory, winning his first Tour in 1969 at the age of 24.

Just like Merckx, Pogacar is also a formidable one-day racer and this year he won two of the five 'Monument' classics, Liege-Bastogne-Liege and the Giro Di Lombardia, which earned him the Velo d'Or - cycling's most prestigious individual award.

The Tour was marred by a spectacular crash on the opening stage, caused by a spectator holding a cardboard sign on the side of the road. She was later fined 1,200 euros ($1,352) by a French court.

Primoz Roglic was one of many riders to hit the deck in one of several separate pile-ups and abandoned the race, but he recovered and won the Vuelta for the third year in a row, while Colombian Egan Bernal clinched the Giro d'Italia title.

The road season was also marked by some epic rides from Dutchman Mathieu van der Poel and his exhilarating rivalry with Belgian Wout van Aert and France's Julian Alaphilippe.

Alaphilippe became the first Frenchman to retain the world title with a vintage ride in Belgium, attacking multiple times to cause all his rivals to crack in a thrilling finale.

Van der Poel, a versatile rider, was the overwhelming favourite for the mountain biking title at the Olympics, but his hopes were dashed in a crash.

The show was elsewhere in Tokyo, though.

Anna Kiesenhofer caused one of the biggest shocks in Olympic road racing history with an audacious solo victory as a quartet of Dutch champions paid for an apparent communications meltdown, seemingly unaware of the unheralded Austrian's presence up the road.

Women were in the limelight this season, with the route of the first women's Tour de France since 1989 being unveiled in October.

It will start next year from Paris and end eight days later at the top of the Super Planche des Belles Filles climb at the end of an eight-stage ride through eastern France.

The unveiling came a couple of weeks after the first women's Paris-Roubaix in history, won by Britain's Lizzie Deignan.

Last week, the International Cycling Union (UCI) also announced that women and men nL4N2SV1PG would compete next year in the world championship time trial events on the same course and over the same distance for the first time.