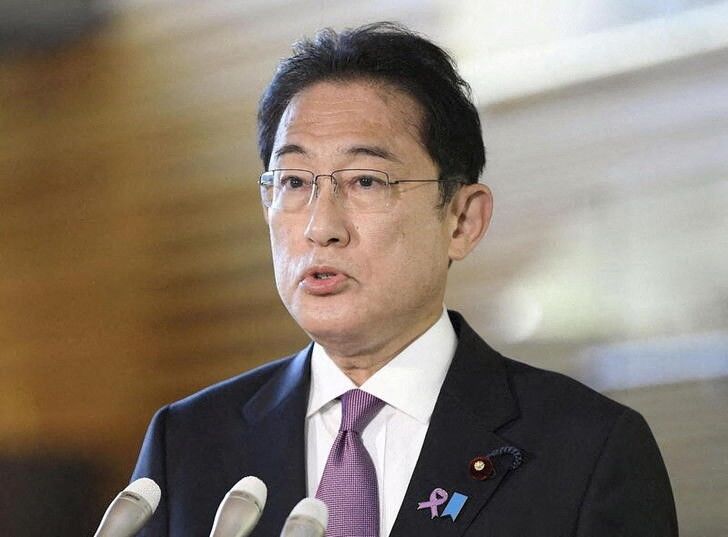 TOKYO (Reuters) - Japan's Prime Minister Fumio Kishida suggested to parliament on Tuesday that he was willing to consider new guidelines for corporate share buybacks, while stressing the need for care regarding blanket regulations on such corporate activity.

Investors have long criticised Japanese firms for hoarding cash rather than investing it or returning it to shareholders, hurting their returns on equity.

After Kishida's comments, the benchmark Nikkei and the broader Topix index both ended in the red, slipping deeper into negative territory after the lunch break.

"We should be careful about uniformly regulating this as there are various circumstances and judgements by companies," Kishida said in response to a question about his view on corporate share buybacks.

"I wonder if it's possible to consider some kind of response, for example such as guidelines, in a way that takes the situation at individual companies into account."

Kishida, who has made wealth redistribution his main policy agenda, found himself in hot water this year after raising the possibility of increasing Japan's taxes on capital gains and dividends.

But he walked back the pledge in October, following criticism for risking a stock market decline.

"Kishida's stance is that while he doesn't want to negatively impact stock prices, he wants to appeal for distribution-focused policy," said Yasunari Ueno, chief market economist at Mizuho Securities.

"But if he proceeds with that, it will adversely impact stock prices," said Ueno.